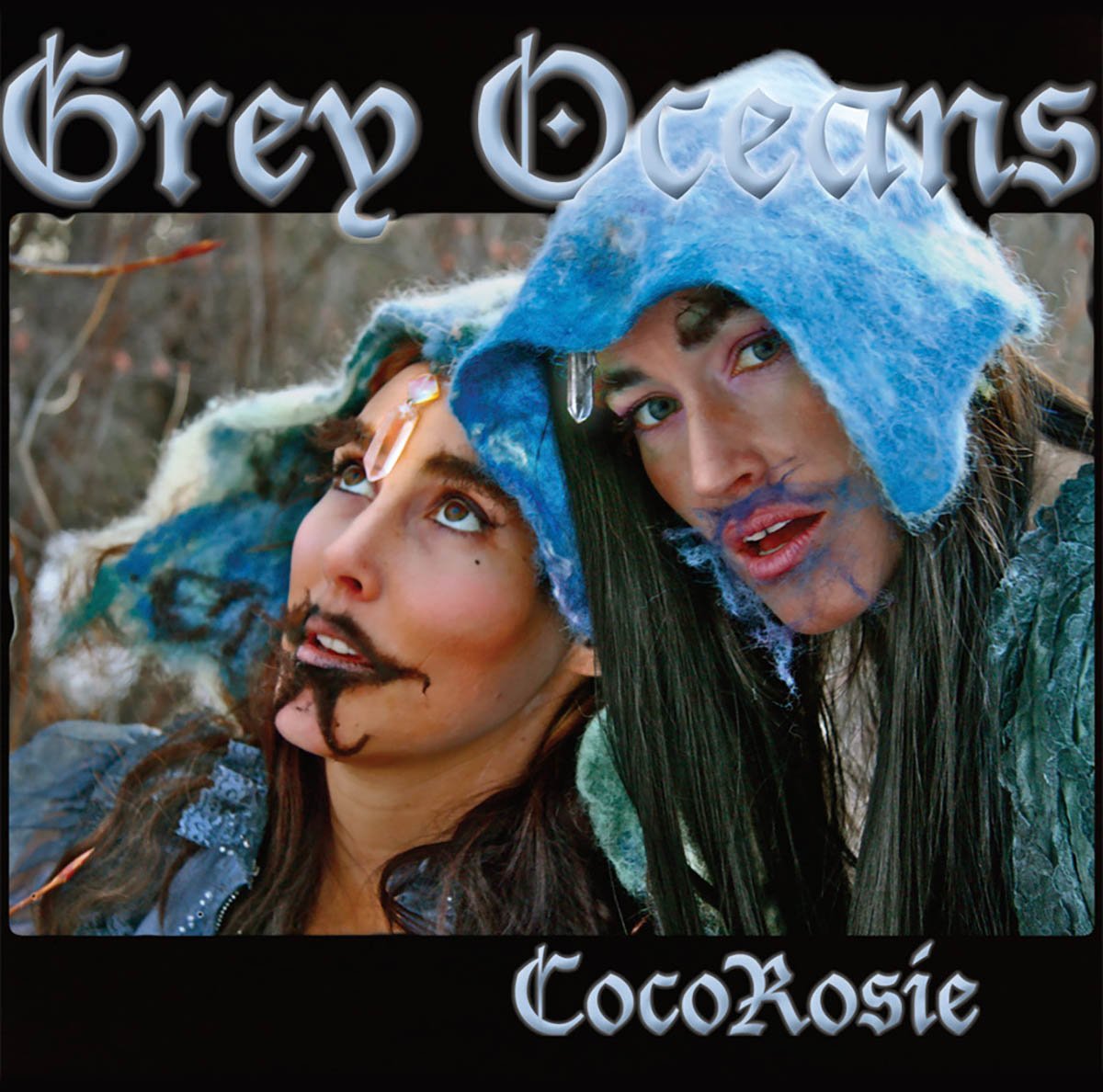 Less a band than shepherds over a motley herd of weirdo conceits, CocoRosie has traveled a rough road since 2004’s halfway-promising La Maison de Mon Reve, offering up two washout albums that played less like a taming of their quirks than a complete surrender to them. At times it seems like there’s more to say about the band’s two members than there is about their music: they’re formerly estranged sisters who reunited in the early aughts and started making music together; they wear exotic and often awful costumes; one (Siera) is a classically trained singer, or passes as one, while the other (Bianca) has a rusty creak of a voice; they fill their songs with sounds culled from children’s toys and electronic gadgets.

Too often these songs appear as wasted canyons of distended nothingness, studded with echoing sound effects that amount to little more than decorative glitter. And Grey Oceans retains the largely overbearing collection of signifiers: the fascination with juvenilia mixed with an equally inane lyrical sense, which aims for brilliance through strange simplicity and usually lands far short of the mark. The worst songs feel like costume pageants put on by creepy children, like the Pan-Asian slop of “Undertaker,” which is mumblingly self-involved enough as to completely close out the listener, a feeling solidified by a continual lack of cohesiveness.

The conundrum on Grey Oceans is different from their earlier, messier albums, but no less serious. Its most interesting songs are its worst; the most boring are the best. This seems backward but is perfectly reasonable in the context of the album, where experimentation cedes to unbearable, self-conscious weirdness and competent songcraft is accompanied by comparatively dry piano.

This inability to find a balance between silly kitchen-sink romps, where sound effects whiz about crazily, and more serious fare like the title track, leaves Grey Oceans without a center. A track like “R.I.P. Burn Face,” despite the inane title, sacrifice unpredictability for a kind of temperate beauty, tweaking the mystery of foreign language over a softly simmering background. But the atmospheric qualities of the more normal songs never equals the quick snatches of haunting brilliance that flit in and out of the messier ones. Undoubtedly containing their best material since their debut, Grey Oceans has the unfortunate inability to get all that material in the same place.