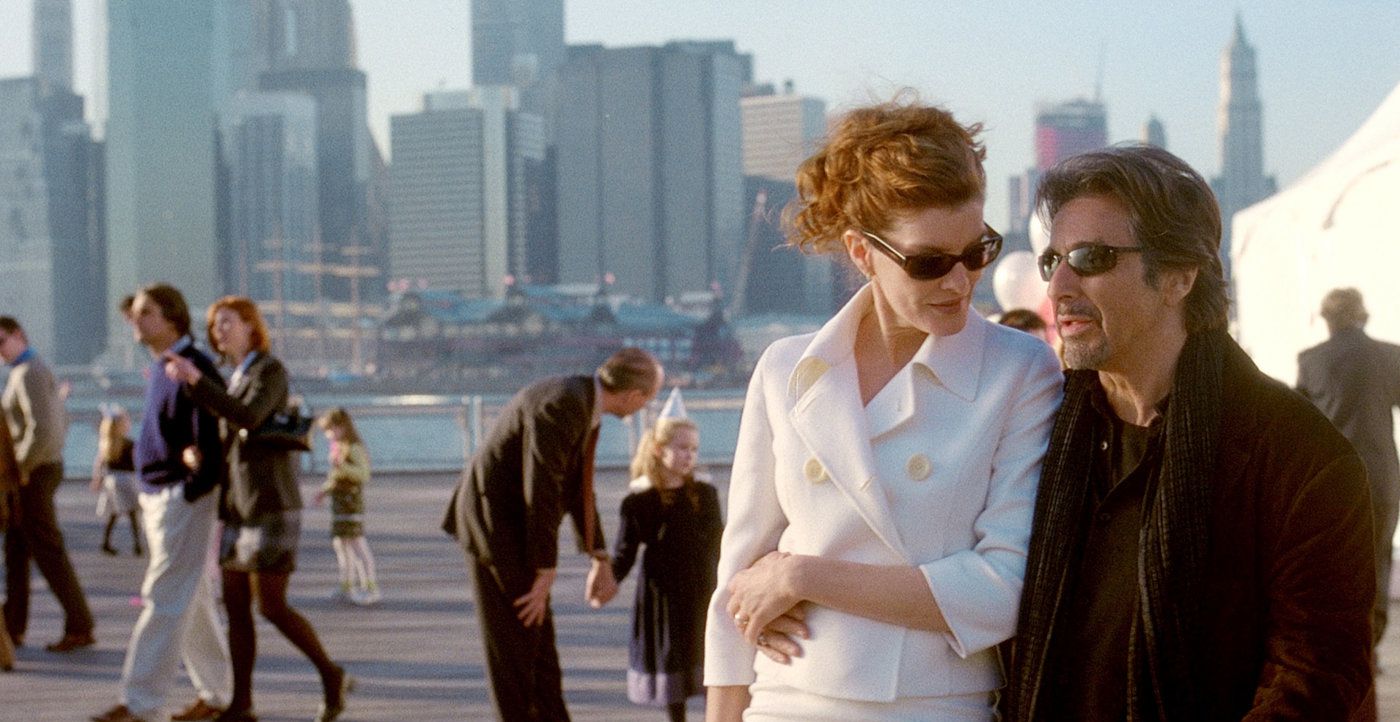 Substitute The Devil’s Advocate’s satanic legal scheming with unethical sports gambling practices and you’ve got Two for the Money, another entry in that Al Pacino subgenre—including The Recruit and Donnie Brasco—in which the hoo-ahing actor deviously mentors a superstar protégé. This time the suggestible stud in question is Matthew McConaughey, whose ripped abs and floppy locks largely overshadow his performance as Brandon Lang, a promising footballer driven by a career-ending injury to toil at 1-900 numbers handicapping gridiron games. Uncannily good at selecting winners, the Las Vegas-situated Brandon is seduced by industry bigwig Walter Abrams (Pacino) to move to New York to become his right-hand man, thus initiating a Faustian bargain wherein Brandon—rechristened John Anthony and given a slicked-back Pat Riley ‘do by his point-picking sage—acquires, and then is corrupted by, fame, fortune, and excessive hype.

Prone to safe simple-mindedness at every turn, however, D.J. Caruso’s film operates less as a morality tale than as both an insider look at the billion-dollar world of sports wagering and a squishy tale of fathers and sons, with Brandon, having been deserted as a kid by his alcoholic father, discovering in Walter a surrogate daddy with similar addiction problems and an unhealthy desire to ride his new boy’s hot streak straight to the top. “Inspired by a true story,” this by-the-numbers premise turns out to be a decidedly low-stakes affair, its middling drama relegated to characters breathlessly watching phony football contests, prostitute-populated sex scenes filmed with all the panache of a late-night softcore writhe-a-thon, and a love triangle between Brandon, Walter, and Walter’s recovering junkie wife Toni (Rene Russo).

But like Barry Sanders rushing for 200 yards in a losing effort, an overacting Pacino saves the sluggish film from being unwatchable, resorting to his blustery post-Scent of a Woman antics in which grandiosity trumps nuance. Admitting his deliberate failure to give Brandon messages from his no-good father, the dysfunctional Walter excitedly asks his pupil, “You need a new image of a man—how about me?,” a hilariously delivered sentiment all the more preposterous given the shady Walter’s lifelong job screwing suckers out of cash and his knowledge—articulated during the film’s most obvious, and yet funniest, scene at a gamblers’ anonymous meeting—that what chronic bettors thrive on isn’t the fleeting euphoria of winning but the miserable agony of losing. The mediocre Two for the Money, though, falls somewhere in between championship triumph and outright failure. As Brandon’s rival Jerry (Jeremy Piven) says, “I almost like it, but I don’t.”

Review: In Her Shoes