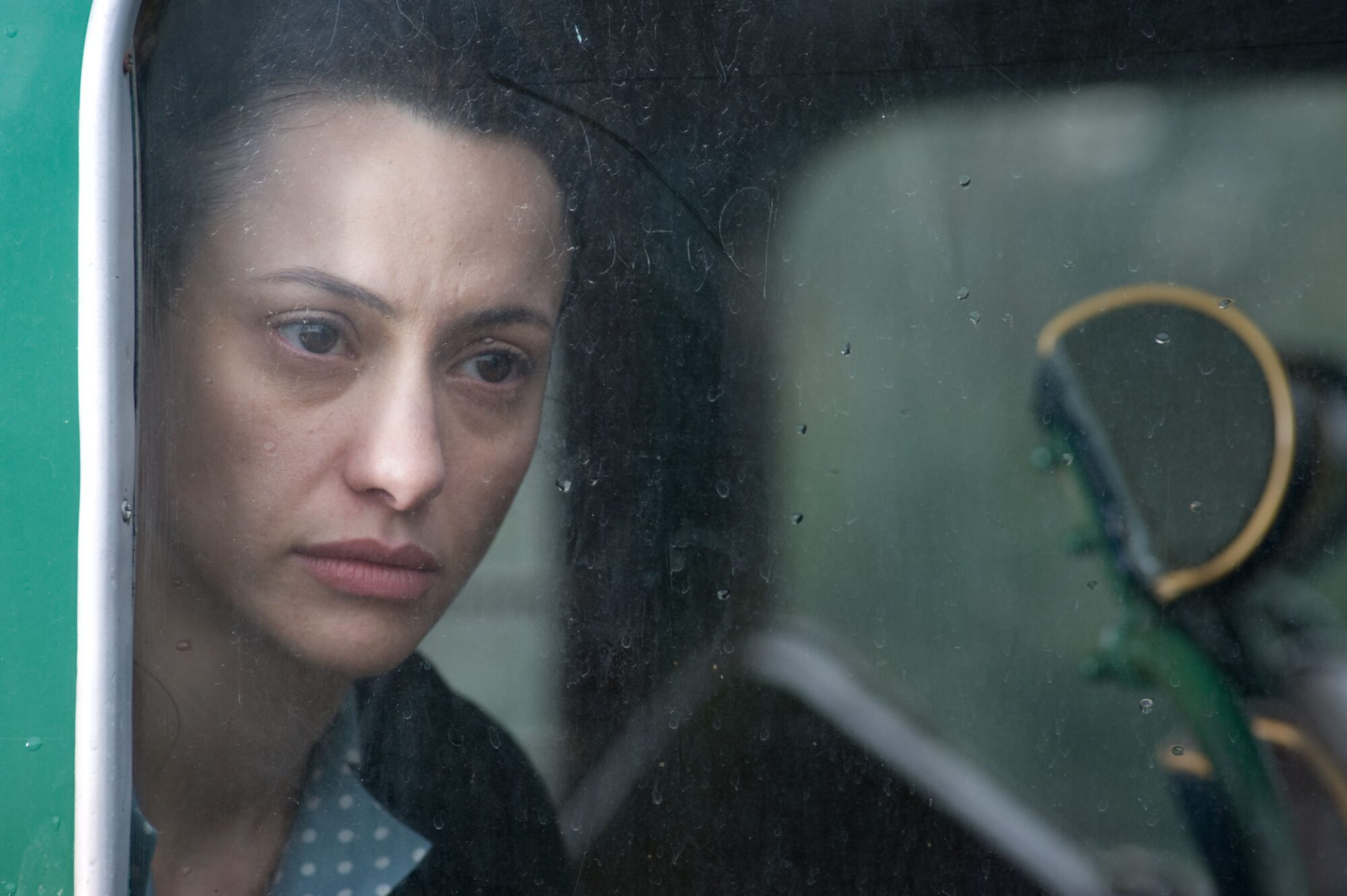 There’s nothing remarkable going on in Jean-Philippe Le Guay’s The Women on the 6th Floor, a pillowy, Vicodin pill of a film about a rich stock broker who gets swept up by his Spanish maid’s youth and beauty. It plays everything safe, keeping all its edges rounded and its lips sealed in territory ripe for sociopolitical commentary, making even The Help‘s glib depiction of African-American servitude seem nearly honest. Although both films are meant to be sympathetic toward the underclass, they’re told from the viewpoint of the ruling class, making them both, in the end, movies about the latter. But where The Help‘s Skeeter crossed thick and prickly racial boundaries in order to score a winning story about the lives of “the help” for the betterment of her career, The Women on the 6th Floor’s empathetic black sheep, Jean-Louis Joubert (Fabrice Luchini), steps through flimsy class boundaries like Mr. Rogers on another beautiful day in the neighborhood, blithely chasing his little mamacita’s ass all the way to Spain.

The biggest concern in Jean-Louis’s life is that his egg must be cooked perfectly, and his new maid, María Gonzalez (Natalia Verbeke), gets it right after her first try, which sparks their cross-generational romance. When Jean-Louis’s wife, Suzanne (Sandrine Kiberlain), boots him out, he relocates to his upstairs storage room, where he might as well have been reading How to Win Friends & Influence People given the rosy-eyed manner with which he ingratiates himself into the lives of his stereotypically portrayed maids—learning that they’re all great, warm people deserving of smiles and favors like better plumbing and the help of his firm’s financial advice. In a splash of real-world context, The Women on the 6th Floor at least acknowledges that these Spaniards fled their homeland because of Franco.

The film loses itself somewhere in the second half—with whether its lead character is selfless and politically reborn as a liberal or selfish and conniving and whether Maria, who’s eager to go back to Spain and find her lost son, feels any mutual desire for Jean-Louis or just looks pleased because her life is being bettered by his patronage to her and her cohorts. It’s a surely a little bit of both, which is an honest expression of the multifaceted forces at work in their breezy relationship. That the two characters never seem aware of this might feel like a flaw, but it’s just part of writer-director Philippe Le Guay’s feel-good fantasy.