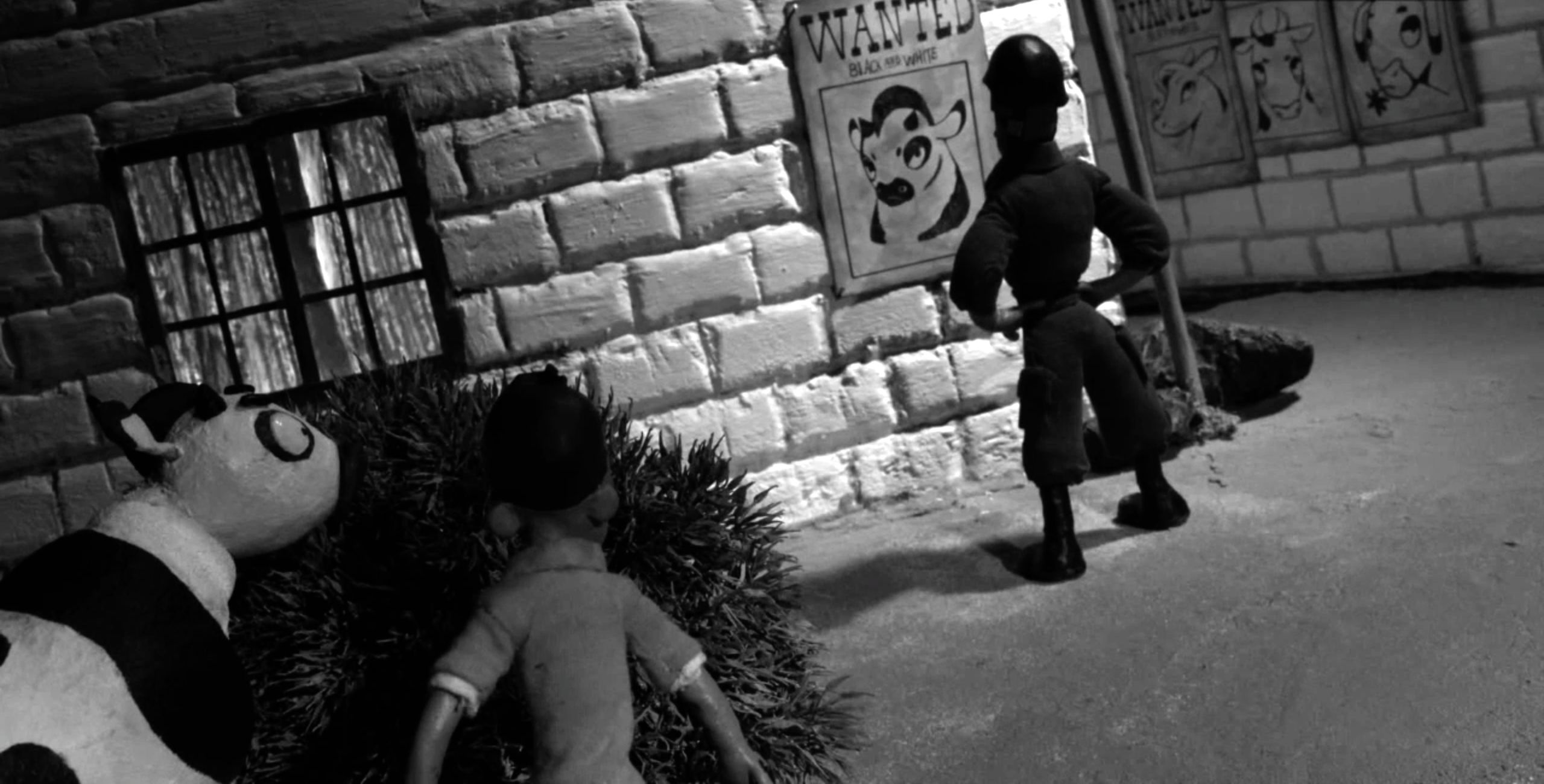 During the time of the First Intifada in the 1980s, when Israel controlled everyday goods in the West Bank, a group of Palestinians from the town of Beit Sahour managed to purchase cows and start a dairy farm in order to supply their own milk. Israel subsequently deemed the farm a threat to the state’s national security, in effect forcing the farmers to hatch plans to hide the cows. In the ambitious The Wanted 18, the nuances of this odd chapter in the Palestinian resistance movement are imaginatively rendered using stop-motion animation, comic-book illustrations, and live-action reenactments. Sadly, though, the eccentricity of directors Amer Shomali and Paul Cowan’s aesthetic is distancing in all the wrong ways, as it calls so much attention to itself as to make the plight of the farmers feel like an afterthought.

Shot in deep, obscuring shadows, the interviews with the individuals involved with keeping the cows hidden moodily evoke the operation’s clandestine nature—which is ultimately the only point that’s concretely expressed throughout the documentary. Shomali and Cowan reveal only a cursory understanding of the political climate surrounding the First Intifada and its effect on each of the film’s subjects, specifically how they dealt with life under Israeli control. The stop-motion sequences, which depict the film’s events through the perspectives of the cows themselves, are mere abstractions, weirdly subjective tangents that illuminate little else beyond the filmmakers’ misplaced sense of empathy. Throughout, more time is spent exploring the cows’ assumed pathos during the Intifada than further documenting first-person accounts of the people entrenched within this combustible environment.

Most damning is Shomali’s expression of his connection to the Wanted 18’s story, which he discovered in a comic as a young boy. The film’s artistry, then, attests only to the origin of his own knowledge of these events. And in lieu of letting his interviewees primarily relate the nuances of the proceedings, Shomali assumes the mantle of storyteller through a framing device that succeeds mostly at representing the arrogance with which he appropriates the crisis for himself. Throughout, Shomali gives the impression that he’s the lone individual affected by the Wanted 18’s struggle, and, as the film culminates with him ludicrously searching desert caves for one of the cows who ultimately went missing, appears as if he’s the only individual willing to carry on the tale’s legacy.

Interview: Wallace Shawn Looks Back at My Dinner with André and More