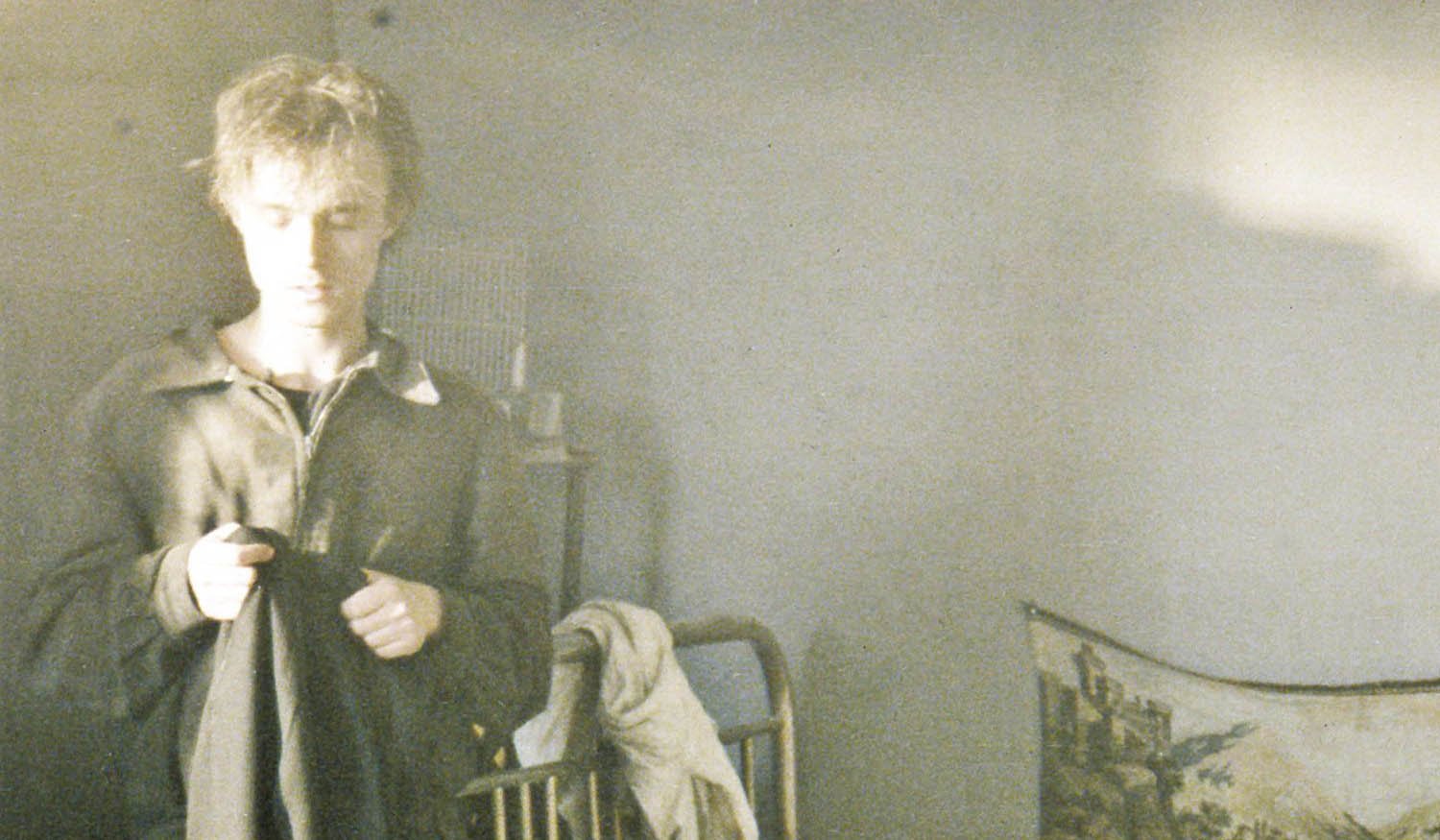 Purgatory to Aleksandr Sokurov is spiritual disconnection, and The Second Circle opens with an image of overwhelming desolation—a long shot of a man caught in a harsh Arctic blizzard, the tiny figure crouching by the side of the road as the storm turns the screen deathly white. The unnamed young protagonist (Pyotor Aleksandrov) arrives at a remote Siberian burg to face an ordeal that more than meets the Dantean intimations of the title: His aged father, dead and desiccated, lies sprawled on a bed in his squalid flat, and the man endures the many bureaucratic indignities of the burial preparation while working through his own haze of emotional numbness. “You should have placed him in a hospital. It would have been easier then,” one of the medical technicians says, but how can death be easy, or simple? In the Russian director’s aching elegies, the death of a loved one equals nothing less than the death of the world as a whole, majestically expressed in Sokurov’s somberly expressive mise-en-scène: colors drained to resemble black and white, people in doleful close-up when not boxed in by august compositions, lighting emanating often from a single dangling bulb. The tempo is set to adagio, the better to lend the images the pulse of being inexorably dragged into a void.

Aleksandrov sits by a sink while in the background mortuary workers comb the body’s hair and rouge its cheeks; The Second Circle is awash in the pain of loss, yet how often grim comedy breaks through the austere surface. Indeed, the unexpected slapstick of the central session, in which the young man scrambles to place the corpse inside a coffin with the complaining help of irritable, businesslike undertaker Nadezhda Rodnova (“I got five more deaths today,” she snaps), suggests a lost Stranger Than Paradise blackout skit, or, considering the comically contrasting physiques of emancipated Aleksandrov and big-boned Rodnova, perhaps even a deadpan Laurel and Hardy takeoff. The sneaky, sideways-scuttling humor of Sokurov’s handling, an element routinely overlooked when discussing Serious Artists, attests not only to the filmmaker’s understanding of the rickety bridge separating tragedy from farce, but also to the chasm between spiritual matters and the earthbound practicality of the physical world.

The absurdist melancholia, imprinted in every dissolve and camera placement, is dictated by the contrast between the practical need for funeral preparations and the sacred dimension that has long become missing from them. His sense of mortality shaken, Aleksandrov gropes for a new spiritual identity by sorting through Sokurov’s blend of the allegorical and the gritty; he bathes his dead father with snow and, when told of the benefits of cremation, retorts “I will burn everything, but not my father.” The line expresses a desire to hang on to some kind of thread of compassion in a barren world, and, even if the character is hardly allowed the transcendental, open-air epiphanies of Sokurov’s great, thematically complementary Mother and Son, he is still left with the old man’s profound inheritance, a reminder of his ability to feel. It is no coincidence that intergenerational malaise figures in a film shot soon after the dispersion of the Soviet Union; the burial of the patriarch forges a tempting parallel to the director’s own role in the eyes of many cinephiles as the definite successor of his illustrious mentor, the late Andrei Tarkovsky, though Sokurov, much like his young character, understands that the greatest legacy is the will to keep searching for emotional truths. Meditative, exasperating, and sublime, The Second Circle locates the painful grace of being finally free to gaze deeply into the eyes of the dead father and move on with life and art.