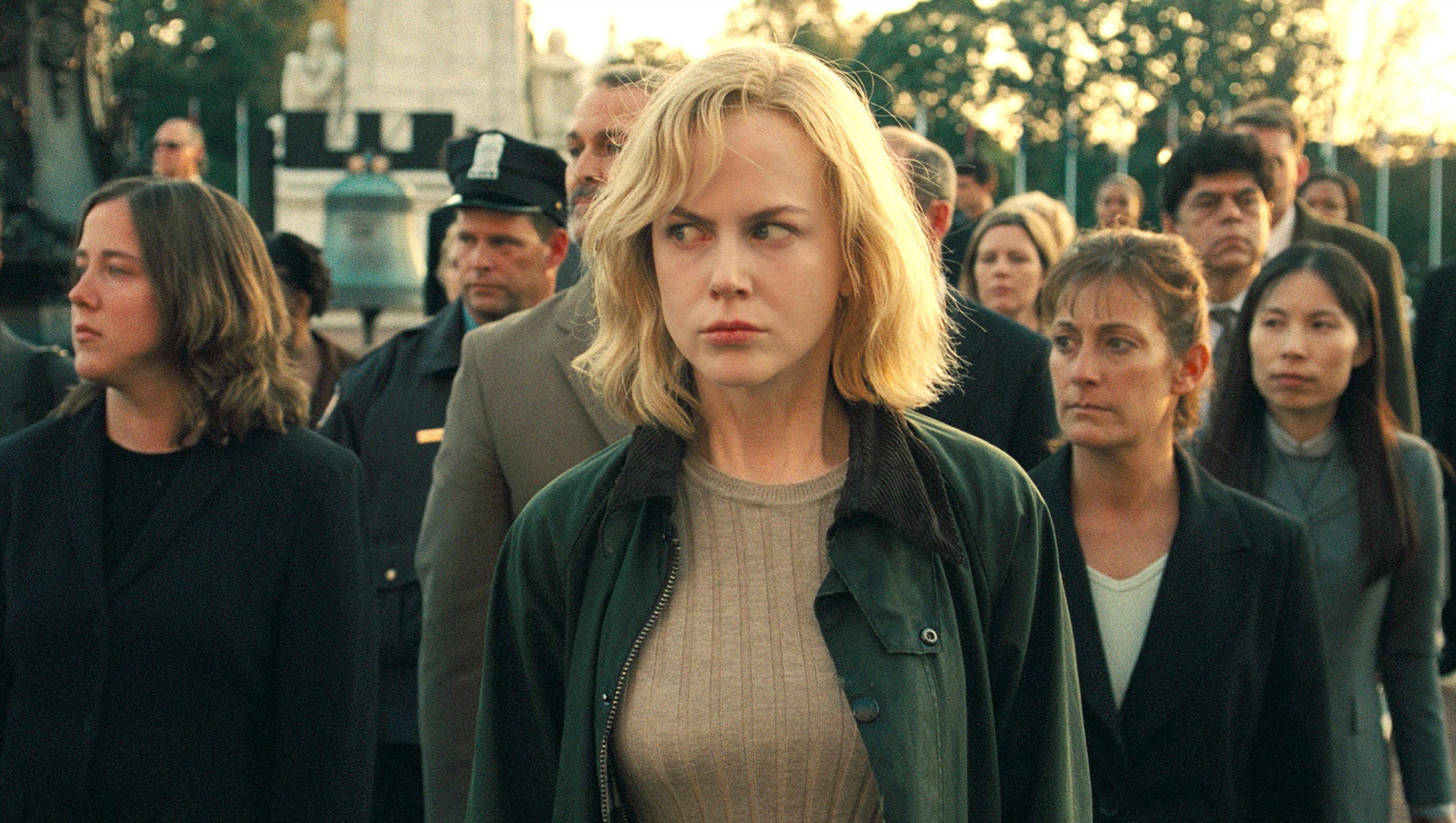 The vegetative doppelgangers first envisioned by Jack Finney in his 1955 serial The Body Snatchers are a brilliant allegorical tool in their ability to flexibly embody universal human fears within a wide range of specific social and cultural contexts, a trait that has thus far seen four different cinematic adaptations over half a century’s time. Though its makers have claimed that such parallels were unintentional, the 1956 Invasion of the Body Snatchers is an unmistakable warning against encroaching communism; alien plant pods produced exact replicas of their human partners during REM sleep, sans emotion, just as the Reds were sure to take over lest we remained vigilant in our moral resistance. This new version sees a space shuttle breaking up upon reentry into the atmosphere, scattering its debris—contaminated with a seemingly indestructible alien fungus—across the United States). Kaufman and Ferrara’s versions of the story deliberately ferreted out the anxieties and paranoias of their times, and while this all points to the simple truth that no work is made in a social vacuum, The Invasion suffers from an abundance of such self-awareness, a tenuous quality compounded here by allegorical laziness. The film doesn’t so much reflect our post-9/11 fears as it cheaply exploits them, its opportunistic liberal-plugging (rendered via a series of background television news reports paralleling the mounting alien presence) barely connected to the larger alien invasion, thus rendering it the latest in a wearisome line of cut-and-paste attempts at political significance.

The Invasion’s lack of thematic coherence, however, points not only to a simplistic view of the world but to the fragmentation one risks when undergoing artistic collaboration within the film industry. Director Oliver Hirschbiegel seemingly rises to the task of coloring this tale with the necessary moral shades and silent fears of our Big Brother times, though it is impossible to say for sure given the high level of studio tweaking the film suffered in post-production; interference is suspect in everything from the generally choppy exposition, a nearly incomprehensible car chase climax (shot by the Wachowski Brothers and V for Vendetta’s James McTeigue), and an ending so puerile and cowardly one suspects it was constructed from scrap in the editing room so as to satiate the demands of unhappy test audiences. Like the director’s enormous Downfall, The Invasion seemingly wants to be a study on the banality of evil—the wrong that arises not from malicious intent, but from everyday apathy—and though one would like to give Hirschbiegel’s work the benefit of the doubt, the film suffers from enough weaknesses to suggest that even a completely restored cut would be far from a perfect animal. Until then, what we have is reminiscent of the similarly impressive yet impaired work of David Fincher on Alien³: unfinished and underwhelming. ‘