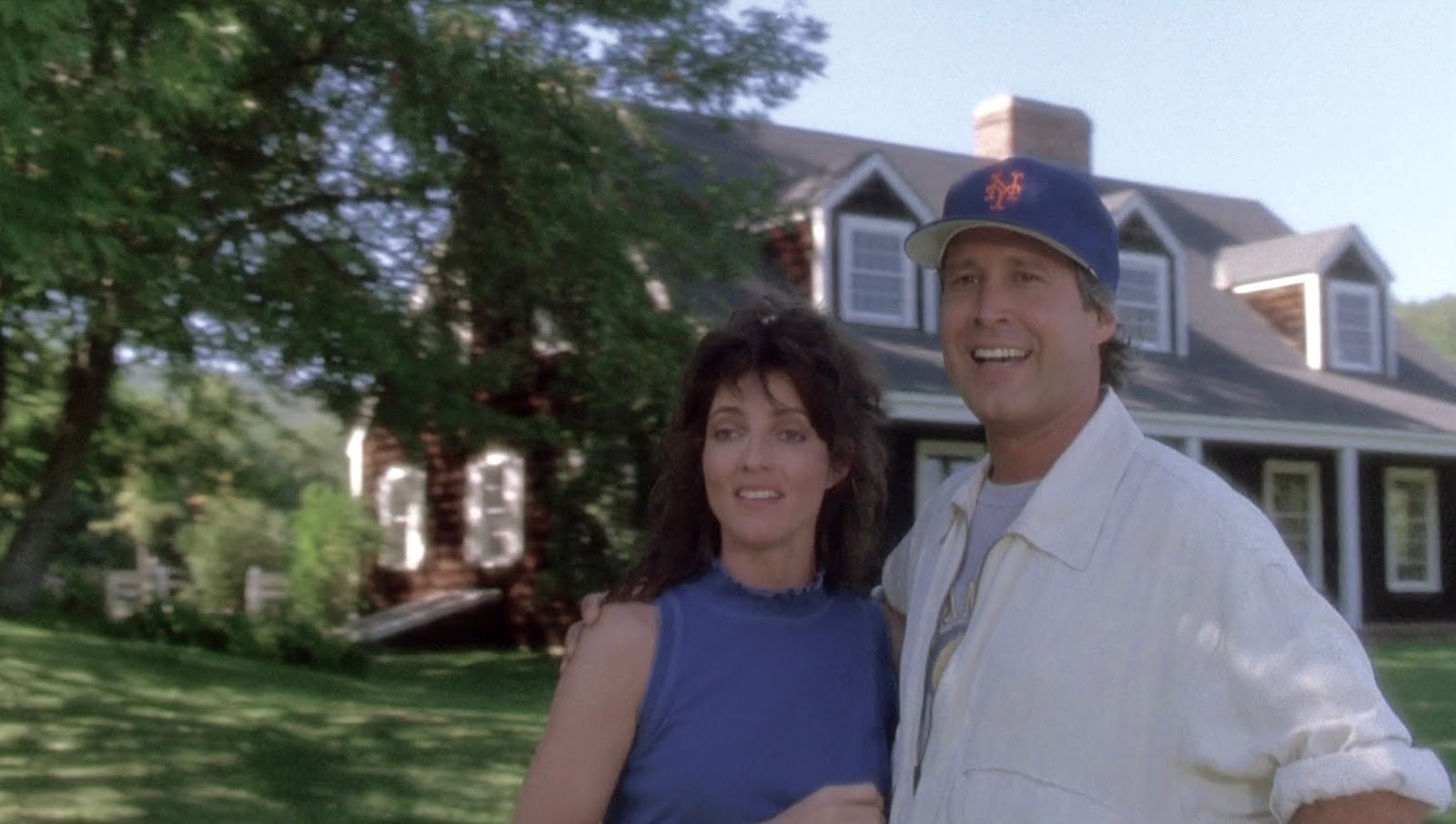 Fish-out-of-water comedies are a dime a dozen in Hollywood, but few are as well-constructed as George Roy Hill’s Funny Farm. One of those “city slicker gone rural” comedies from the late-‘80s, the film uses its location as the setup of the joke, not the punchline. Once the notion is established that its city-based protagonists are unfamiliar with country life, Funny Farm surprises by refusing to rely on cliché. Sure, the country folks are irritable and quirky, and the city folks are entitled and pushy, but the film cancels out both sides of the equation with one common human factor: Everybody is capable of deception for personal gain. When the stakes include a windfall for all involved, enemies will become co-conspirators in a heartbeat.

Funny Farm attacks the romantic notions that color small-town life. Playing a major part in this deconstruction is Norman Rockwell, the genius whose illustrations are primarily responsible for all that “American heartland” bullshit we’ve heard about for the last 50 years. The film’s climax has its relocated city folk Andy and Elizabeth Farmer (Chevy Chase and Madolyn Smith) bribing the entire town into convincing potential house-buyers that they’ll be living in a Saturday Evening Post cover. The town of Redbud is as dysfunctional as any other city or town, yet for the right amount of cash, it’s willing to give delusional visitors a theme park-like illusion of small-town perfection. Never mind that the town’s postman is a drunk who throws the mail, the residents are distrustful and unfriendly to outsiders, the town itself is impossible to find (courtesy of teen-aged sign vandals), and the house up for sale has its prior owner buried in the backyard.

The film also attacks the romantic notions surrounding the art of writing. More than one movie has proposed that a move to the country can cure even the most hardened case of writer’s block. According to movies, nature is the best inspiration for novel writing. I never bought into this malarkey (I need noise to write), but Andy does. He leaves his sportswriter position in search of the “great American novel” (another romantic notion that’s total bullshit). Going “back to nature” with the money from his publisher’s advance, the appropriately surnamed character discovers a hostile environment at every turn. Years before M. Night Shyamalan unleashed The Happening, Funny Farm reminded us that nature is out to kill us city folks.

The town of Redbud and the animals who attack and annoy Andy are the least of the Farmers’ worries. From the outset, something is amiss in their marriage. It starts out with a little white lie about an apple and later escalates into personal and professional jealousy. Perhaps city life kept them too busy to notice these cracks in the marital bedrock, but the evils of a relaxed environment give plenty of time to take notice. While Andy looks at their location-based mishaps as a source of frustration, Elizabeth eventually finds inspiration in them. When her first-time shot at writing yields a publishing deal, Andy seethes with jealousy. Making matters worse is that Elizabeth’s children’s book is a dramatization of all the comic hell Andy’s been going through. “What happens to Andy the Squirrel in the sequel?” Andy asks. “He doesn’t make it to the next book,” Elizabeth tells him. “He gets squashed by a truck at the end of this one.” The poor guy can’t even get a break on the written page.

With Chase in the lead, one expects plenty of pratfalls and physical humor. Funny Farm delivers on that, but also allows Chase and Davis to create fully-formed characters. This is Chase’s best work; he’s credible as both a frustrated writer and a jealous husband. Davis provides chemistry and counterpoint, making the Farmers an easily identifiable couple. The scene where she reads Andy’s manuscript, and her response, is an excellent set piece of honesty at its most brutal. Elizabeth is capable of both deception and truth, both delivered at hilariously inopportune moments. Responding to Andy’s jealousy-induced stagnation, Elizabeth sums up the primary characteristic of most writers: “You’ve become self-loathing and an alcoholic!”

Despite the familiar topic, Funny Farm puts scenarios that I hadn’t seen before on screen. When the holier-than-thou cityfolk attempt to pull a fast one on a telephone operator, she’s more hip than they are to the game. Not satisfied with a simple gag, Hill and screenwriter Jeffrey Boam stretch several out for the duration of the film. Two ducks have a major supporting role (they have some of the best animal reaction shots I’ve ever seen), and Chase’s constant attempts to stop the aforementioned drunken, crazed mailman escalate to Raiders of the Lost Ark-sized boulder trouble. The climactic sequence, where the entire town dresses as denizens of Rockwell’s illustrated universe, is a directorial master class of comic suspense. The townspeople overdo the façade blatantly, and the Farmers’ preternaturally lazy dog threatens to derail the entire ruse with his sudden desire for canine activity. That the victims never notice any of this is Funny Farm’s ultimate statement on the human willingness to be deluded.

The film’s execution is a joy to behold. Watch Hill’s wondrous camera movement when the Farmers first see their new home, then notice how he repeats the exact motion late in the film when the new homebuyers first see it. It’s as if he’s saying “Suckers!” to both parties. Boam’s screenplay is exceptionally tight, proving his versatility as screenwriter. But of all the fine work behind and in front of the camera, I’m especially partial to the sweet little flourish Elmer Bernstein puts on the soundtrack when Elizabeth reveals the dress she’ll be wearing to the Farmers’ botched anniversary celebration. As she spins around, Bernstein’s musical cue is both a grace note and a warning. This simply cannot end well. The same cannot be said for Funny Farm: It ends very well indeed.

Review: Wish You Were Here