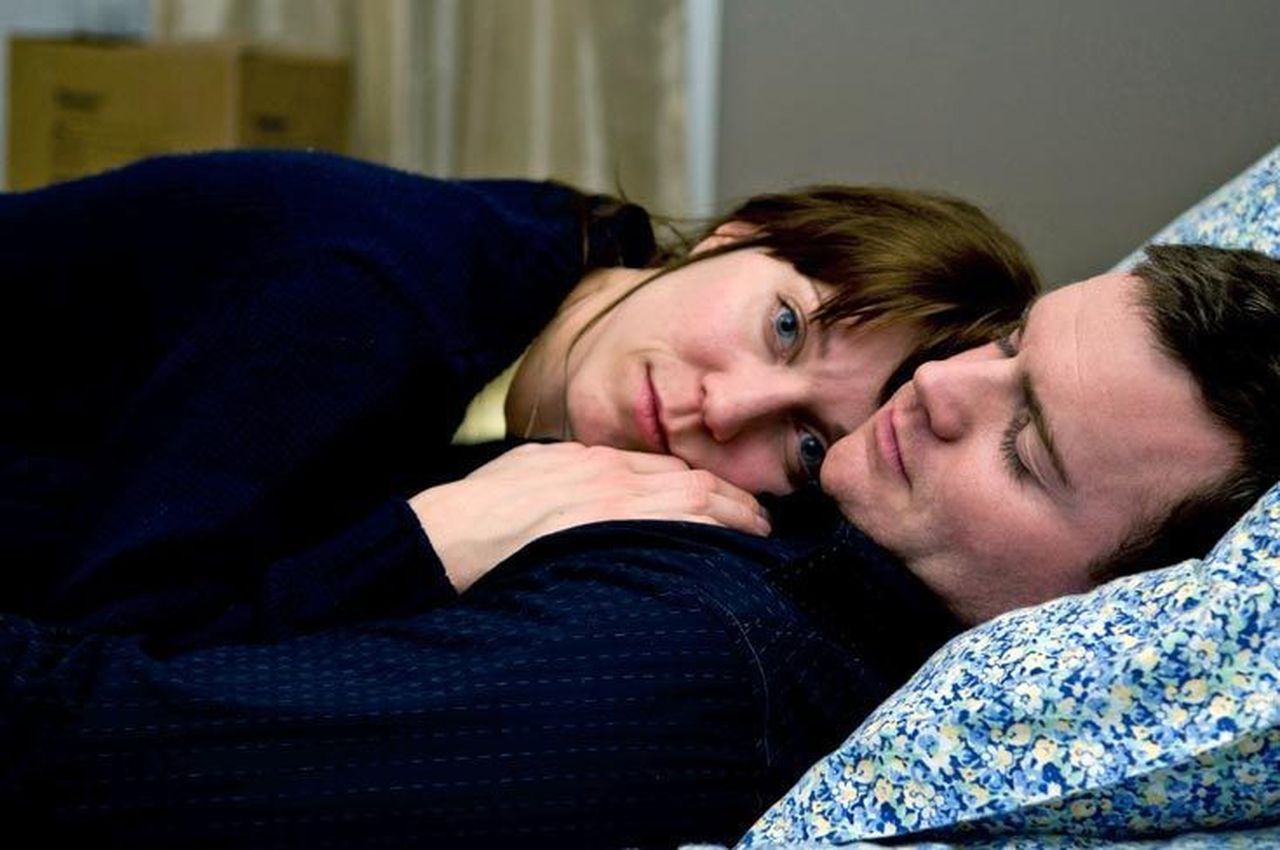 In his latest film, Rid of Me, writer/director/editor/producer James Westby trades in a lot of false assumptions: that by constantly zooming into a character’s eyes, he can somehow get at essential truths about their nature; that showing the same object from three different angles in quick succession gives us a more complete picture of a given situation; and that almost everyone in the world (or at least everyone in small-town Oregon) is either a racist, narrow-minded, overgrown frat boy/sorority girl/rules-beholden ass-kisser or booze-soaked, vomit-prone goth. At once hopelessly amateurish and given to desperate assertions of auterist “virtuosity,” Westby’s film seems as lost as its perpetually confused and gratingly childlike protagonist.

Moving from Irvine, California to her husband’s Pacific Northwest hometown, Meris Canfield (Katie O’Grady) finds life in her new community to be instantly and wholly oppressive. Although she tries to be a dutiful wife, her husband’s friends, with whom she’s constantly forced to socialize, are unbearably obnoxious; the men are given to boorish antics, the women to crude condescension. When her hubby ditches her for an old flame, Meris takes a job at a local candy store where she befriends goth-chick co-worker Trudy (Orianna Herrman). Before long, she’s attending punk shows (goth/punk, what’s the difference?), guzzling whisky straight out the bottle, and getting fucked by skeezy men.

Will our heroine ever right the ship and find balance in her life? Of course she will, and apparently all it takes is the love of a good man, in this case a geeky record-shop clerk, a narrative device that becomes necessary because Meris is so childlike and barely there that she scarcely seems capable of any independent action. (Or when she does, it feels like the whim of the director rather than anything that arises organically from her amorphous character.) With both the straights and the goths reduced to gross caricature, there’s little for Meris to choose between.

And yet, for all the ridicule heaped on the latter group, it’s the black-clad crew that allows our girl to find herself, the excesses of their behavior (along with all the film’s other problems) papered over and resolved in one neat tying-it-all-up montage. If there’s one thing Westby loves to do it’s to cut quickly and often (whether between past and present, between different views of a various object, or between ever closer glimpses of a character’s face), so it’s no surprise that he calls on his signature montage technique to bring together the messy, incoherent strands of his movie, though when he does, it’s with no more purpose than any of his previous bouts of brain-exploding Final Cut Pro manipulations.