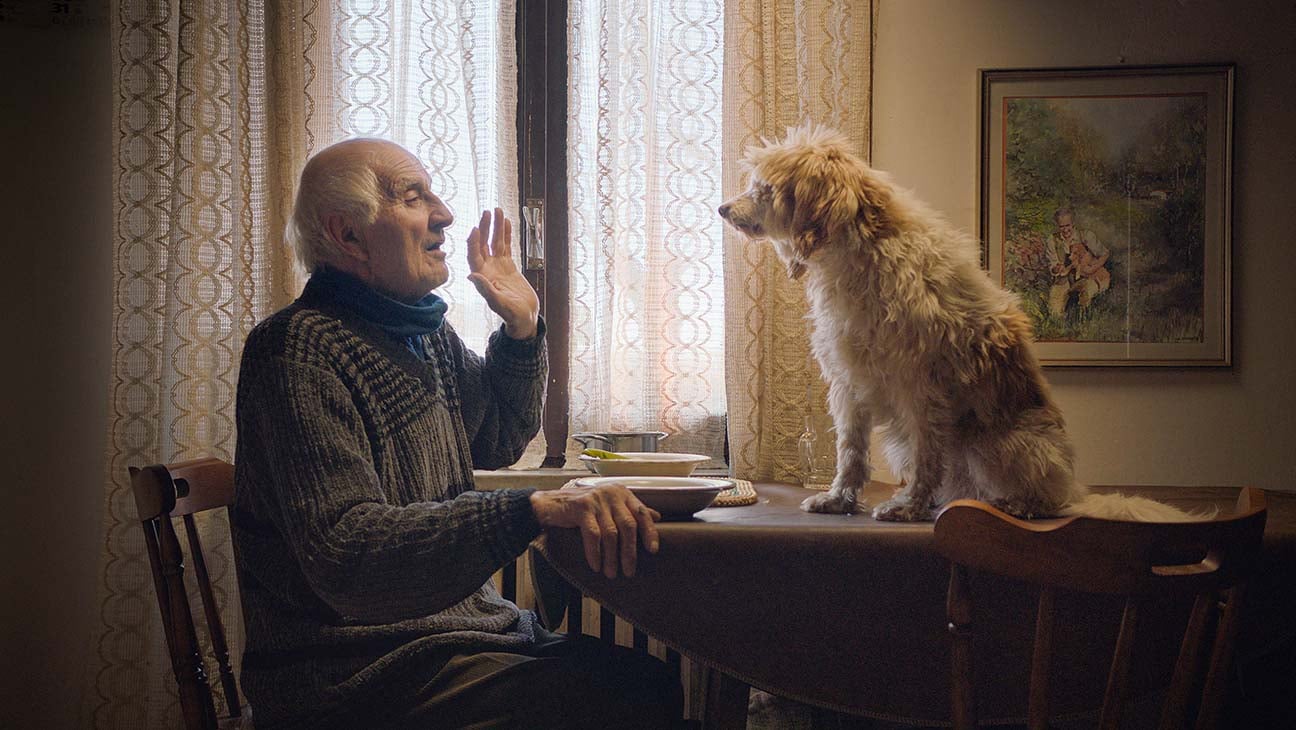 The boom in farm-to-table cuisine over the past decade, in both fine-dining circles and more modest gastropubs, has led to restaurants pointing out on their menus the suppliers and farms from which their ingredients have been sourced. Michael Dweck and Gregory Kershaw’s documentary The Truffle Hunters taps into this cultural conversation, tracing a line from the food on the plate back to the laborers who harvest it, and yet what it implies is that even with the increased transparency around food sourcing, there remains an essential mystique that must go unpunctured when it comes to certain foods.

Profiling a handful of elderly men from Piedmont, Italy, who pursue precious white alba truffles in the forests of the country’s northern region, the film tries to thread the needle between shining a light on its subjects’ niche trade and not spoiling their secrets. It does so by placing the emphasis on the people themselves over the treasures they dig up, a strategy that aligns the film more with the cine-portraits of Les Blank than, say, Netflix’s Chef’s Table.

Unlike Blank’s nonchalantly matter-of-fact films, though, The Truffle Hunters is shot in a painterly visual style that creates a degree of distance from its subjects. Clearly identifying with and celebrating the expertise of these devoted practitioners and their resistance to nosy profiteers, Dweck and Kershaw seem driven by a desire to enshrine the men in timeless tableaux, the likes of which you might see hung on the walls of a museum next to a Vermeer. To this end they’ve made a lovely film, one teeming with punctilious frames in which everything has been arranged just so. But it also prompts the assumption that the filmmakers took their fair share of liberties with the art direction in the hunters’ homes, which, despite being well within their rights as artists, keeps the film from ever feeling truly spontaneous.

The Truffle Hunters concerns itself with a handful of characters: a few expert foragers; their beloved fungi-sniffing canines; an urban buyer who’s always chasing the suppliers’ elusive secrets; and a crotchety gourmand who samples the delicacies brought his way by other such buyers. Dweck and Kershaw establish a leisurely movement between these different threads, presenting each in the same handsome, methodical manner so as to encourage viewers to draw their own conclusions about the ethics of the buyer-supplier dynamic.

The sequences devoted to the highbrow arena of truffle auctions, where enthusiasts come to sniff and evaluate samples of the earthy substance, are no less detailed in their observation than the passages in the forest and at country homes. But what eventually becomes self-evident is the warmth, self-sufficiency, and camaraderie of the hunters compared to the businesslike aloofness of those on the receiving end of their labor—insatiable careerists who, in a handful of scenes, are shown to barely even evince much pleasure for the food itself.

This reminder of the fragility of agrarian traditions in the face of a merciless profit motive is a welcome one delivered with tact and subtlety, but Dweck and Kershaw occasionally deliver it at the expense of their titular subjects. The highlight of The Truffle Hunters is the hilarious rapport between one persevering scavenger and his grumpy wife, who’s fed up with her husband’s imperiling trips into the woods at night—and for good reason, as several scenes illustrate just how physically taxing the process can be for an ailing body. These sketches of domestic life are rich with lived-in authenticity, and the proximity they grant us to a unique, off-the-grid way of life recalls a similar quality that defines Blank’s films about gumbo sorcerers in the bayou. It’s hard not to wonder how much more of that magic could have been captured had Dweck and Kershaw not bothered to so carefully compose and light their shots.