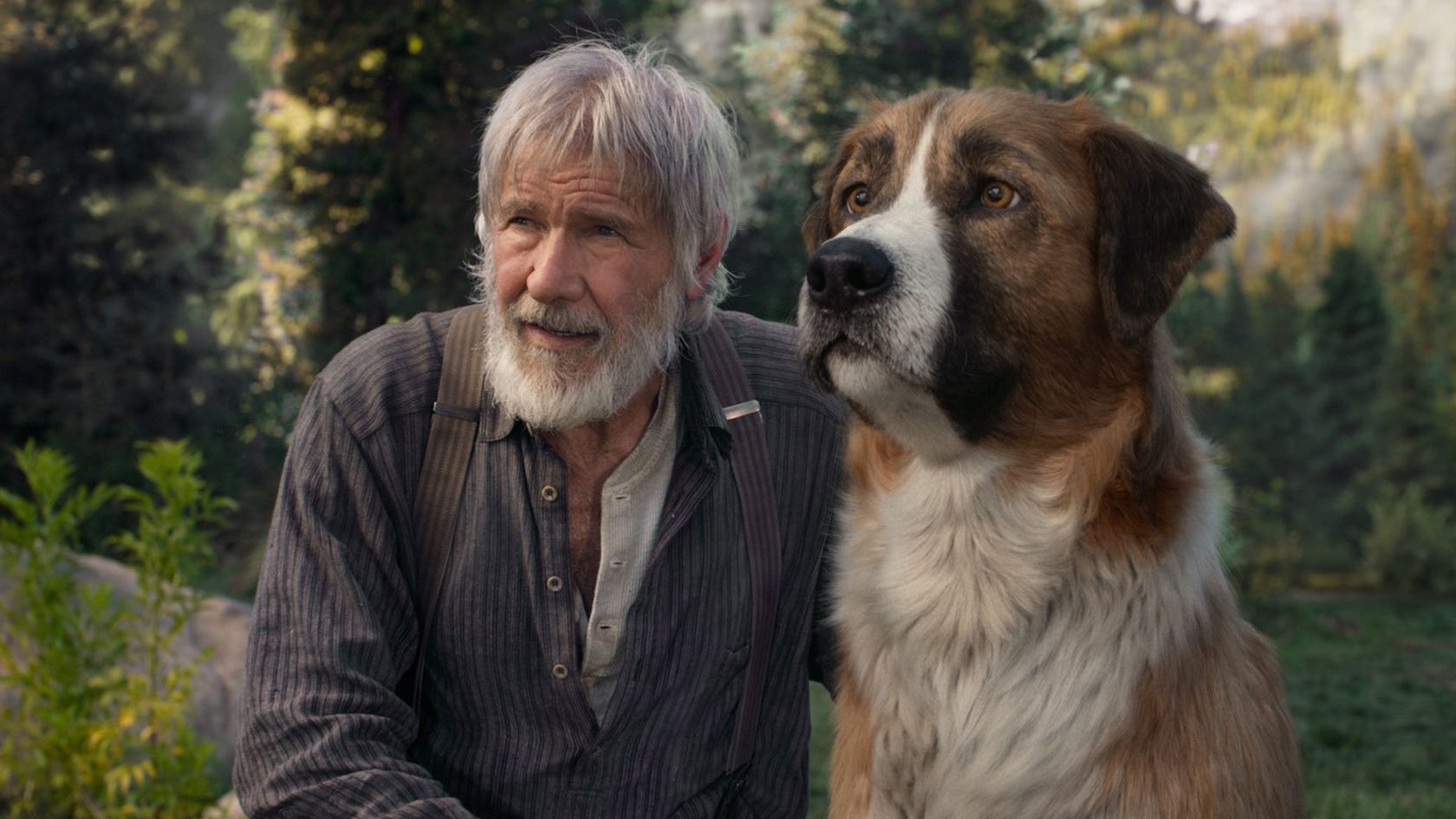 The latest cinematic adaptation of Jack London’s The Call of the Wild is a surprisingly thrilling and emotionally moving adventure film. Its surprises come not only from director Chris Sanders and screenwriter Michael Green’s dramatic overhaul of the classic 1903 novel for family audiences, but also from the way their revisions make London’s story richer and more resonant, rather than diluted and saccharine.

It’s worth recalling that London’s vision of man and nature in The Call of the Wild is anything but romantic; indeed, at times it’s literally dog eat dog. In his story, the imposing yet spoiled Buck, a St. Bernard and Scotch Collie mix, is kidnapped from his wealthy master’s California manor and sold to dealers in Yukon Territory, where the Gold Rush has created high demand for sledding dogs. Buck’s initiation into the culture of the Northlands involves severe beatings at the hands of his masters, brutal rivalries with fellow sledding dogs, harsh exposure to unforgiving elements, and an unrelenting work regimen that allows for little rest, renewal, or indolence. What London depicts is nothing less than a Darwinian world where survival forbids weakness of body and spirit, and where survivors can ill-afford pity or remorse.

Not much of that vision remains in Sanders and Green’s adaptation. Buck is still kidnapped from his home and sold to dog traders, but his subjugation is reduced from repeated, will-breaking abuse to a single hit. In this Call of the Wild, dogs never maul one another to death, a regular occurrence in London’s novel. And minus one or two exceptions, the human world of the story has now become uplifting and communal rather than bitter and cutthroat. In the first half of the film, Buck’s sledding masters are an adorable husband-and-wife team (Omar Sy and Cara Gee) in place of a rough pair of mail deliverers, and in the second half, John Thornton (Harrison Ford), Buck’s last and most beloved master, isn’t revealed to be hardened treasure-seeker, but a grieving man who finds redemption in the great outdoors.

The film’s avoidance of cruel Gold Rush realities is more than made up for by its spirited kineticism and by its deepening of the man-dog bond that forms the heart of London’s story. This Call of the Wild relies heavily on a CGI Buck (and other virtual beasts) to create complex choreographed movement in labyrinthine tracking shots that would be impossible to execute with real animals. One might expect the artifice of even the most convincing CGI to undermine Buck’s palpable presence, as well as the script’s frequent praises to the glory of nature, yet the film’s special-effects team has imbued the animal with a multi-layered personality, as displayed in joyously detailed, if more than slightly anthropomorphic, expressions and gestures. And the integration of Buck and other CGI creations into believable, immersive environments is buttressed by the cinematography of Janusz Kamiński, who lenses everything from a quiet meadow to an epic avalanche with lush vibrancy.

In the film’s first half, human concerns take a backseat to Buck’s education as he adapts to the dangerous world of the Northlands, but in the second half the emergence of Ford as Buck’s best friend adds to the film a poignant human dimension. Thornton rescues Buck from a trio of inept, brutish, and greedy city slickers (Dan Stevens, Karen Gillan, and Colin Woodell), and Buck in turn saves Thornton from misery and drunkenness as he pines away for his late son and ruined marriage while living alone on the outskirts of civilization.

This is a welcome change from London’s depiction of Thornton, who possesses on the page a kind heart but not much else in the way of compelling characteristics; the summit of his relationship with Buck occurs when he stakes and wins a fortune betting on Buck’s ability to drag a half ton of cargo. In this film version, Thornton and Buck’s relationship grows as they travel the remotest reaches of wilderness where Thornton regains his sense of wonder and Buck draws closer to the feral origins of his wolf-like brethren and ancestors. Ford lends gruff vulnerability and gravity to Thornton in scenes that might have tipped over into idyllic cheese given just a few false moves, and his narration throughout the film forms a sort of avuncular bass line to the proceedings lest they become too cloying or cute.

A paradox exists in The Call of the Wild, which is indebted to advanced technological fakery but touts the supremacy of nature and natural instincts. Yet there’s a sincerity and lack of pretense to the film that transcends this paradox and evokes the sublime.

Interview: Lesley Manville and Liam Neeson on Working Together on Ordinary Love

Review: Daniel Roher’s Once Were Brothers: Robbie Robertson and the Band