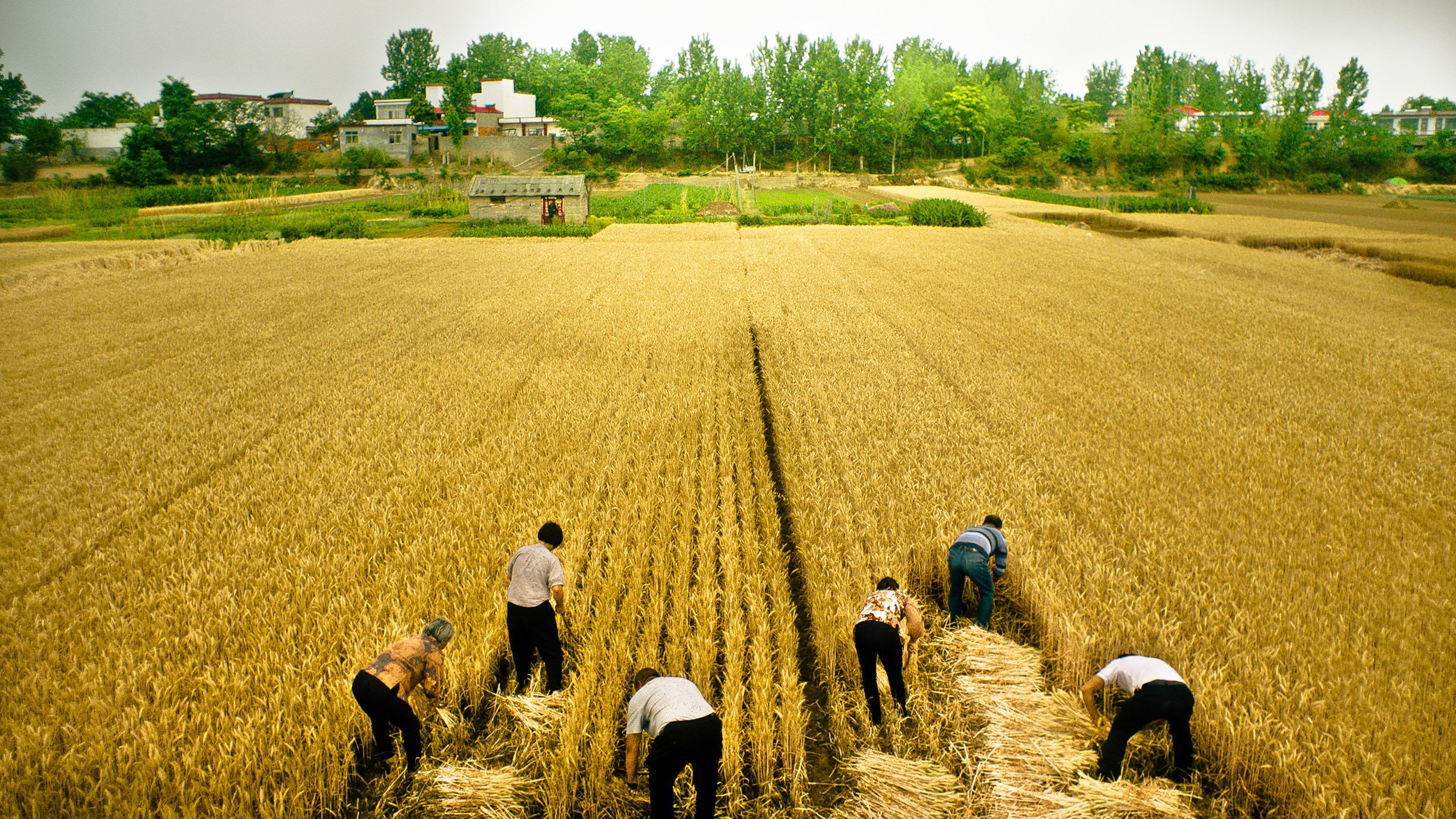 Divided into 18 titled chapters, Jia Zhang-ke’s documentary Swimming Out Till the Sea Turns Blue is a quietly reflective, intermittently rambling rumination on an explosively momentous period in history. In the film, a 2019 literary festival in Jia’s home province of Shanxi is the springboard for three writers’ takes on how China has been transformed since the 1940s. Although the style and manner of the writers vary widely, they each describe a time of radical change, particularly how small villages like Jia’s were rocked by the tumult of the Communist Party takeover in 1949, then the Cultural Revolution of the 1960s, and then the turbo-charged urbanization of the new millennium.

While Jia sprinkles in some interludes for texturing—like then-and-now street scenes showing the rapid change of pace—much of the film is taken up by interviews with three of China’s great living novelists. Each one writes in colorful realist detail about their changing nation, only from slightly different time periods. The oldest writer, Jia Pingwa, unsurprisingly delivers some of the grimmest memories. After a curious introduction where we see the stern-seeming writer eating dinner with his family and admonishing his daughter, a published poet, that “writing poetry doesn’t mean living a poetic life,” Jia Pingwa recalls the dark days of the Cultural Revolution. In his recollection, the period seems made up of equal parts privation (feeding a 23-member extended family with one wok, his father being sent off to a forced labor camp) and dedication (raising a militia, preparing for war with the Soviet Union).

An earlier chapter in the documentary featuring the daughter of the late Ma Feng, a die-hard revolutionary who wrote uplifting and heroic novels about patriotic peasants, has the potential to serve as a counterpoint to Jia Pingwa’s more hard-bitten and unromantic take on village life under Mao Zedong. But that chapter’s somewhat sidewinding approach to the politics of Ma Feng’s work—most notably the way it skirts the role that he later played in enforcing the party line in China’s literary community, a topic that the other writers profiled by Jia likely had opinions about—makes for shallow and ultimately uninteresting portraiture.

Only eight years younger than Jia Pingwa, the talkative Yu Hua, who extemporizes from a café after catching an NBA game on his smartphone, tells story after story, much like the characters in his event-filled novels. In between tossing off statements that seem worthy of their own essay (“We’re all atheists” he says of his generation), the author paints in memories of historical hinge moments, such as the day in October of 1976 when the Gang of Four were arrested and it seemed as if the entire country began to open up. Though shot through with black humor, much of Yu Hua’s tales pivot around the societal upheavals caused by the changing of the old communist guard and the dissolution of old certainties.

That speed of change is dealt with far less in the quieter poetry of the fortysomething Liang Hong. Her moodier work is represented by the film with caught-on-the-fly portraiture of everyday life ranging from card players in a cafe to timeless-seeming footage of golden wheat fields at harvest. There’s a nice and somewhat off-the-cuff moment when her Beijing-raised teenaged son talks about the passage of time and revisiting the rural landscape of his family’s past through “my ma’s book.” But by the time Swimming Out Till the Sea Turns Blue gets to this point, the driving impulse behind it has become somewhat hard to discern.

Taking a quieter and less barbed approach to addressing the state of modern China than fans of his work are likely used to from such politically pointed dramas as A Touch of Sin, Jia refers to the documentary as a “symphony.” As such, it features discrete movements and some repeated themes, like the beautiful interludes in which farm workers recite short snippets from the books being discussed. What it doesn’t have, however, is much of a finale. After all the reminiscing, Swimming Out Till the Sea Turns Blue brings back the still-talkative Yu Hua for a quick childhood reminiscence of the ocean. He delivers a vivid memory whose resonant imagery provides the title of the film. What this verbal and visual crescendo cannot do, though, is tie together the sketches that preceded it into a more impactful whole.

Review: Antebellum Uses Genre Thrills to Remind Us that the Past Isn’t Past