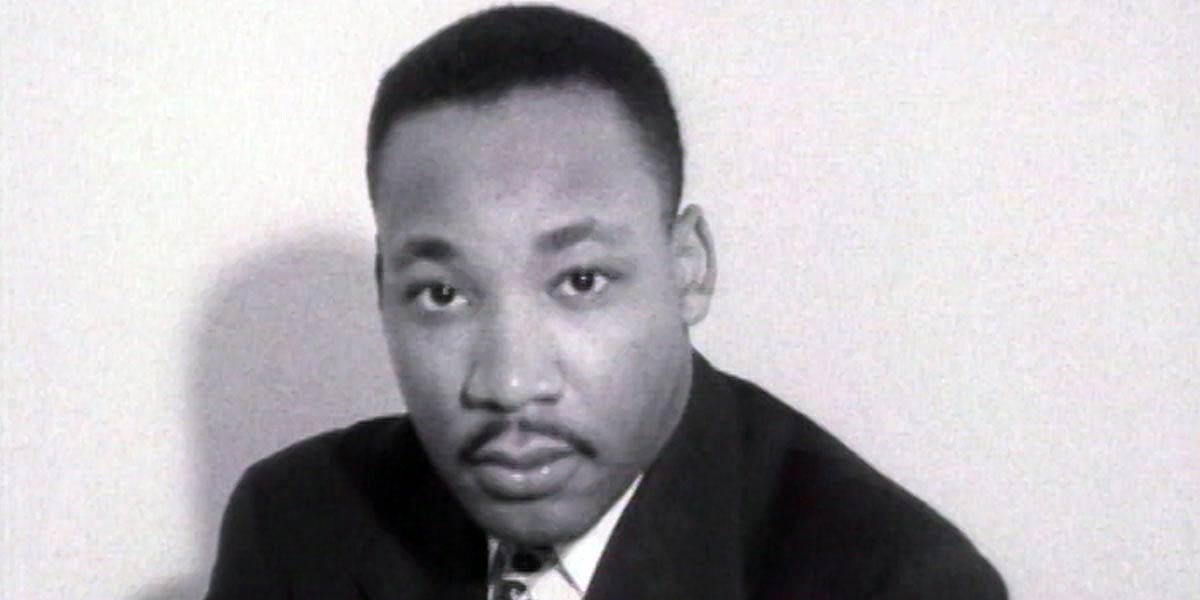 Sam Pollard’s MLK/FBI is an impressive reassessment of an American icon, approaching sensational material in forthright terms and without devolving into luridness. Based largely on Pulitzer Prize-winning historian David Garrow’s 2015 book The FBI and Martin Luther King, Jr.: From “Solo” to Memphis, this knotty and compelling documentary threads together the story of the F.B.I.’s obsession with finding compromising secrets about King with an unusually frank accounting of what some of those secrets were.

With Garrow, a handful of other historians, and a couple of King colleagues (Andrew Young and Clarence B. Jones) providing voiceover, Pollard unspools a stream of grainy archival footage to illustrate J. Edgar Hoover’s years-long anti-King crusade. Long obsessed with the idea that a “black messiah” who could stir America’s black population into political action was a central hazard to the nation, Hoover not unsurprisingly saw this threat manifested in King’s stirring moral authority. The discovery that one of King’s closest advisors, Stanley Levison, was a longtime fixture in Hoover’s other bugaboo, the Communist Party, just fed the F.B.I. director’s paranoia. Hoover then aimed the agency’s COINTELPRO project at King and his civil rights group, the Southern Christian Leadership Coalition, to do what it did best: infiltrate, disrupt, and dig up dirt. Much of the dirt they uncovered concerned King’s extramarital affairs.

Much of this is familiar territory, though Pollard lays it out with dramatic panache—footage from cornball films like The FBI Story provides comedic evidence of the titular agency’s carefully nurtured image—that doesn’t sacrifice nuance. The film paints a harrowing portrait of Hoover’s monomaniacal fixation on destroying King: tailing him, tapping his phones, and bugging his rooms (King refused for a while to believe this, insisting that the F.B.I. had better things to do and actual criminals to catch). Garrow pushes back on the popular conception that the F.B.I. was a rogue agency under Hoover, arguing that as idiosyncratic as the director was, his determination to cut down anything that threatened white male capitalist Christian hegemony was strictly in line with the American power structure at the time.

When the discussion of F.B.I. tactics turns to one of its most scurrilously strange plans—the 1964 mailing of tapes with graphic audio of King’s affairs to his wife, Coretta Scott King, along with a letter advising King to kill himself—former F.B.I. director James Comey appears briefly to describe it as “the darkest period of the Bureau’s history.” His point isn’t hard to argue with, given that Hoover’s frustration with King appeared to stem mostly from personal animus and prurience. The tape tactic was apparently used after a whisper campaign passing rumors about King’s infidelities to church leaders and the media caused nary a ripple of interest.

MLK/FBI addresses another widely ignored charge against King. When Garrow published a blockbuster story in 2019 alleging that King had witnessed or potentially even taken part in a 1964 rape at a hotel, it caused a brief flutter but was largely overlooked in the mainstream media. Given the horrific nature of the charges and Garrow’s status—he won the Pulitzer for his 1986 biography on King—the muted reaction was somewhat surprising. It’s possible that this had something to do with the critiques some historians leveled at Garrow for hanging his entire case on a few handwritten notes on an F.B.I. transcript from the agency’s bug in the hotel room. But the disinterest of most media organizations and the general public in the story can more likely be chalked up to a preference for leaving certain icons mostly as they are.

Pollard handles this explosive issue with restraint and intelligence. The film shows no illusions about the extent of King’s affairs. But it also refrains from any dubious moral calculations by giving his personal deceptions the same weight as his public morality. Pollard also deals carefully with Garrow’s most damning allegation, giving the thinly documented charge its due but carving out space around it for uncertainty. While the film doesn’t try to elevate King’s pedestal any higher, it also doesn’t try to knock him off of it.

Review: I Care a Lot, Before Losing the Thread, Is a Barbed Satire of Capitalism

Review: As Pulp Fiction, The Secrets We Keep Never Goes into Overdrive