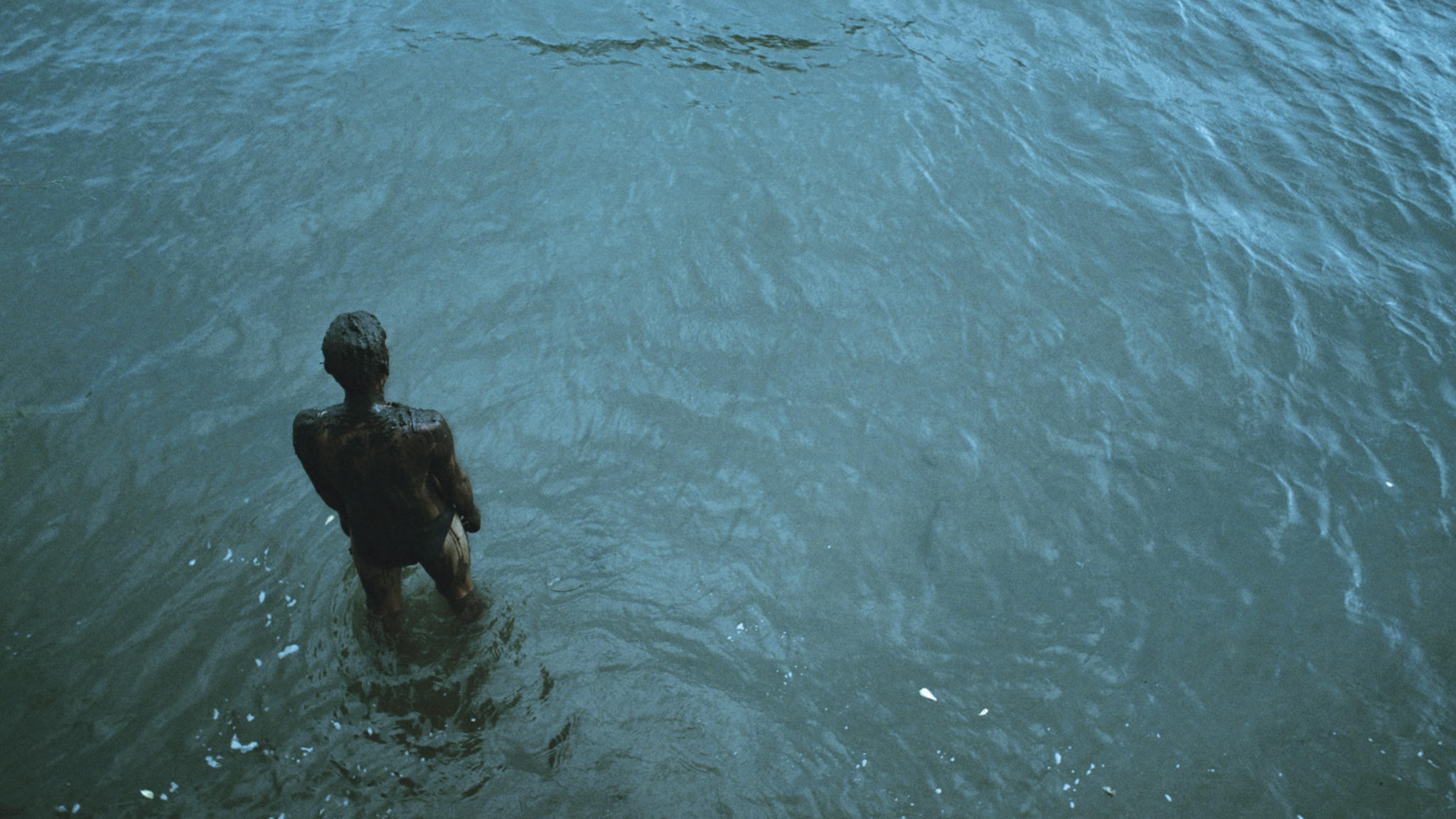 Thai writer-director Phuttiphong Aroonpheng’s Manta Ray begins with a dedication: “For the Rohingyas.” While persecuted and stateless for decades, the people of this ethnic group have suffered greatly in recent years due to state-sanctioned military offensives and calculated measures to ensure their starvation. As such, an overwhelming majority of Rohingyas have fled from their home in Myanmar’s Rakhine State to find safety in neighboring countries. The government’s treatment of the refugees has been deplorable—human trafficking camps and mass graves have been found—and Manta Ray functions as an oblique portrait of Aroonpheng’s anger about the situation.

The film opens evocatively, with an armed hunter perusing a dense forest, his vest and the flora around him illuminated by multicolored lights. The scene is soundtracked by minimal strings and the rhythmic chirping of insects—a sonic palette that bolsters the lush imagery, effectively establishing the film’s serious but ethereal tone. We see mysterious men digging graves and quickly witness the contrasting work life of one of them: a nameless fisherman with bleached blond hair (Wanlop Rungkumjad). One day, this fisherman finds a man (Aphisit Hama) collapsed on a stretch of muddy ground—his prostrate body lying against a haunting backdrop of entangled mangrove roots—and rescues the injured man and tends to his wounds.

The man the fisherman saves is never identified, but one assumes that he’s of Rohingya descent. He’s mute, too, and in the numerous near-wordless sequences that depict this new relationship is a sense of camaraderie. The different diegetic sounds—from the hypnotic crashing of waves to the crunching of dry leaves, the scraping of spoons to the sloshing of vomit—instill a meditative ambiance. The horrors and tragedies that the Rohingya man faced are unknown, but the lack of dialogue makes clear his need for reflection and quiescence.

That neither of the two men are explicitly named reflects Aroonpheng’s frustration with Thailand’s response to the Rohingya refugee crisis: In Thailand, the Rohingya aren’t given legal status, and current efforts to help them have been inadequate. The relationship between the two main characters in the film depicts a reality that’s unrepresentative of Thailand as a whole. Even more, one suspects that the man the fisherman saves isn’t explicitly identified as Rohingya because the Thai government partially funded Manta Ray; any explicit mention may lead to censorship, preventing the film from being screened as is—or at all—in Thailand.

Eventually, the fisherman gives the Rohingya man a name: Thongchai, after the famous Thai pop singer Bird Thongchai McIntyre. The fisherman sings a line from one of the artist’s earliest singles, and the lyrics match the current situation of the fisherman and the man he saved: “Only the beach, the sea, the wind and the two of us.” The romantic sentiment of the original song is rendered differently given their circumstances; for them, it’s loneliness, helplessness, and resiliency fueled by friendship. The strength of their relationship continues to grow as the fisherman teaches Thongchai how to ride a motorbike, as he tells stories of an ex-wife, and the two ride a Ferris wheel together. Most arresting is a gentle scene that finds the two swaying in a home decorated with multicolor lights and a toy disco ball.

The fisherman soon mysteriously disappears and his ex-wife, Saijai, enters the film. That Saijai is played by molam singer Rasmee, née Rasmee Wayrana, foreshadows the bond that she and Thongchai begin to share. Some of Manta Ray’s scenes loosely play out as refracted, alternate versions of those previously seen with the fisherman. These, in addition to a few dreamlike montages, contribute to the film’s lightly surreal veneer. Ultimately, what Aroonpheng accomplishes with these ambiguous and fantastical scenes is an underlying current of uncertainty, and uneasiness, regarding any comfort that Thongchai finds in Thailand.

The fisherman’s disappearance is preceded by a cryptic phone call, hinting at a darkness lurking behind the scenes. And when a homicide suddenly occurs, the impression that government corruption is responsible becomes less elastic. Despite brief moments of serenity, Aroonpheng posits that the Thai government is far too nefarious to ever grant the Rohingya people a place they can safely call home. Beyond this, the fact that Thongchai easily slots into the role of Saijai’s lover, but is quickly discarded when the fisherman later returns, shows the hateful ideology that fuels some Thai people’s prejudice: Assimilate completely, according to our standards and in our time, or face exile. In Thailand, the Rohingya live as vagabonds, and Manta Ray’s final scene elegantly reveals Thongchai’s understanding of this tragic reality.

Review: End of the Century Tells a Sexy and Haunted Riddle of a Romance