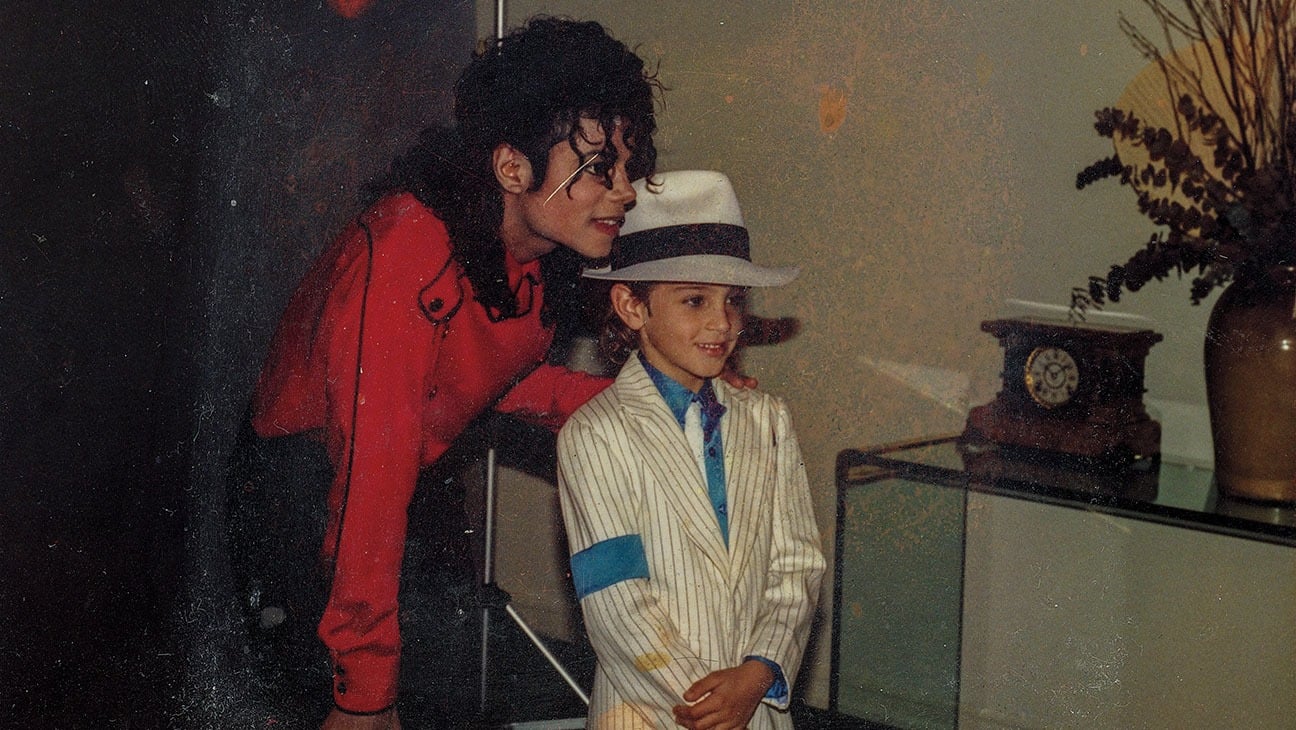 The only joy to be found in Leaving Neverland comes early, when director Dan Reed introduces Wade Robson and Jimmy Safechuck as children, before they met Michael Jackson, when the pop star was more dream than nightmare to them. Both Robson and Safechuck were kids who loved performing. What we see of their younger selves in archive footage is charming in the extreme, particularly the preternaturally slick dance moves a five-year-old Robson showed off on a concert stage where his idol had asked him to perform. At the same time, though, their talents—the sunny happiness Safechuck radiated in his Pepsi commercial, Robson’s incredible imitation of the choreography from the music video for “Bad”—just made them more likely to catch Jackson’s attention.

Over Leaving Neverland’s somewhat ungainly but generally gripping two-part, four-hour running time, Reed lets Robson and Safechuck tell their stories at a spacious, non-sensationalist speed. It’s a harrowing account that doesn’t turn away from the brutal realities of what the men describe as meticulously plotted seduction and rape. Both appear utterly honest about how much they wanted to meet and spend time with Jackson. Robson, who was mesmerized by Jackson’s dancing and later became a choreographer for Britney Spears and ‘NSYNC, calls him “my idol, my mentor, my god.” The appeal to Safechuck—who like Robson also came from fairly blue-collar circumstances—was less centered around artistic pursuits than having a cool, rich buddy who for some reason wanted to hang out in Simi Valley. “It was more like hanging out with a friend,” he says. Safechuck’s mother recalls seeing the adult multimillionaire playing video games in her boy’s room as a “second son.”

Robson and Safechuck came to Jackson’s attention in slightly different ways and at slightly different times, but the pattern described by them is the same: Both say they were essentially auditioned and handed over to Jackson by a scrim of hired hands busily looking the other way and families flattered by trips to Neverland, a personal amusement park stocked with games, candy, and liquor. According to Robson and Safechuck, once Jackson had subtly convinced their parents that he was too much of a Peter Pan to be a threat, he would sequester and molest them (sometimes with one of their mothers in the next bedroom), then convince them that what they were doing was a love that the world could never know about.

The victims’ testimony is a wrenching mix of emotion (they speak openly of love, Safechuck describing himself and Jackson as being “like this married couple”), tortured manipulation (the exchange of jewelry for sex, Jackson’s relentless emotional and financial grooming of the parents in order to keep his access to the boys), and clinical details that snap everything into horrific focus (Wade talking about “his mouth on my seven-year-old penis”). When the two became at different stages too old to keep Jackson’s interest, the story takes an almost more malevolent turn, with the singer abandoning each victim to a lifetime of trauma and self-blame. When he was on a music video set feeling “on the sidelines” and ran into Macaulay Culkin—another bright young performer who hung around Jackson for a time, but who has never said that he was abused—Robson was left wondering, “What did I do wrong?”

Reed mixes this horrific testimony with old footage of Jackson and homey still photographs. He then stitches all of it together with gleaming aerial shots of the alleged crime scenes that presents both an ironic counterpoint to the darkness being described and suggests the life of luxury being dangled in front of the boys and their families. While the effect becomes somewhat repetitive, it does serve a point, in the same way that a prosecutor might metronomically repeat a damning phrase about a defendant to embed it in the jury’s mind.

As boys in the 1980s, Robson and Safechuck met Jackson just after Thriller was released, when his pop-star megawattage had only started to be dimmed by Howard Hughes-ian batshittery. While Jackson was touring with Bad and then Dangerous, much of the world was still agog at his talents. The glare was bright enough for people to pass off all the clear evidence of a predator systematically auditioning, grooming, raping, and throwing away one child after another as simply more examples of his young-at-heart idiosyncrasies. Like Robson and Safechuck’s mothers, who both appear at length here without managing to register as nearly sorry enough for what happened under their noses (“It’s the fame, you get caught up in it,” one admits sheepishly), the public looked the other way.

Artistically somewhat monotonous but substantively devastating, Leaving Neverland doesn’t conclude with much in the way of closure. “I don’t think time heals this wound,” says Jimmy near the end. “It just gets worse.” What it does provide is the kind of detailed and specific charges required to drag these kinds of crimes out of tabloid vagaries and into the light.

Review: The Mystery of Picasso Embraces and Deconstructs Artistic Mythology