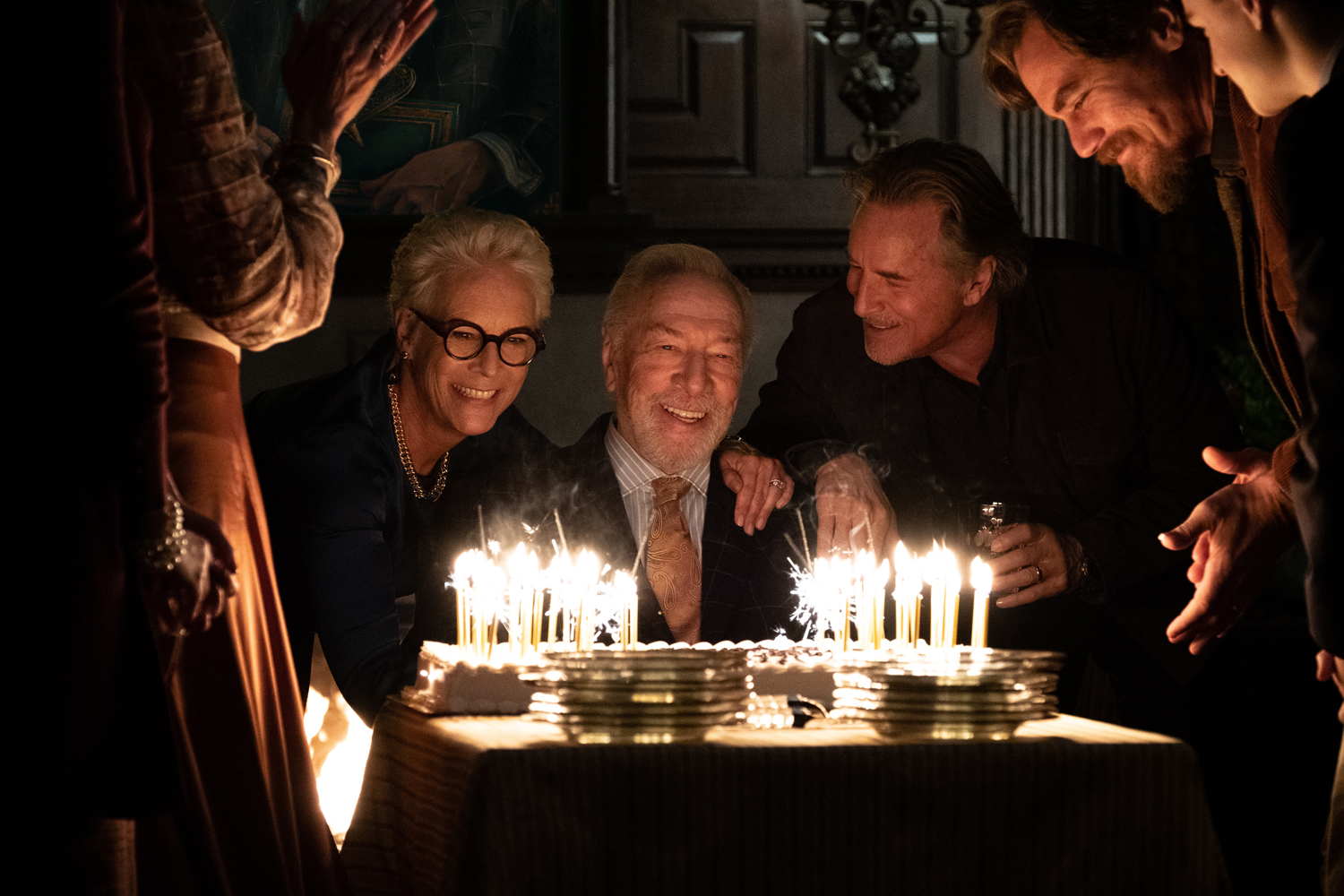 Rian Johnson’s Knives Out revives the comic whodunit, a la Clue, for an era of especially heightened class-consciousness. Taking place in the lavish manor of bestselling mystery author Harlan Thrombey (Christopher Plummer), found dead in his parlor with his throat slit, apparently having committed suicide, the film foregrounds the insularity of opulence and how wealth warps the minds of those who have it. This is certainly true of the suspects in the possible murder: Harlan’s family, a collection of pompous, aging trust-funders who’ve all convinced themselves that their successes are self-made.

The family’s petulance quickly rears its head when Harlan’s death is investigated as a murder by Benoit Blanc (Daniel Craig, sporting a chicken-fried accent that makes his Logan Lucky drawl sound naturalistic by comparison), a private investigator hired by an anonymous benefactor to look into the matter. Interviews with the family spotlight everyone’s quirky manifestation of the same basic spoiled attitude. Harlan’s eldest daughter, Linda (Jamie Lee Curtis), evinces a regal air, sitting bolt upright in a chair and fingering a decorative cane, while his son, Walt (Michael Shannon), is all nervous twitching, reflexively referring to Harlan’s books as “ours” because the son provides nominal management of the father’s publishing.

Even funnier are those related to the Thrombeys by marriage. Linda’s husband, Richard (Don Johnson), bloviates about their hard-earned success like a PR man, his ostentatious defenses of the clan coming across as efforts to stay in their good graces. And Toni Collette steals the film as Walt’s ex-wife, Joni, who clung to the family for continued financial support after her divorce. Everyone in Knives Out puts in cartoonish performances, but Collette punches past the rafters, through the roof, and enters Earth’s lower orbit, combining faux-spirituality, liberal elitism, and emotionally stunted neediness into a whirlwind of hilarious inanity.

It should not come as a surprise that these family members, having spent their whole lives preparing for an internecine war over Harlan’s inheritance, quickly poke holes in each other’s testimonies, Johnson arranging each interview into a montage that picks up on the slightest discrepancies in each person’s recollection of the birthday party where Harlan was last seen alive. The filmmaker then combines these verbal indications of difference with flashbacks that constantly shift perspective with whip pans and tracking shots, not only accelerating the story’s momentum, but subtly establishing the layout of the Thrombey mansion, including secret passages and other quirks that Harlan installed as tributes to his fame.

For all the outlandish squabbles of the family, however, Knives Out really pivots on Harlan’s young nurse, Marta (Ana de Armas), a woman so kind-hearted that, in the film’s most whimsical touch, she literally vomits when telling a lie. This, naturally, makes her a key asset in Blanc’s investigation, though we soon see that Marta knows so much more than she initially lets on. The film’s narrative truly takes shape when her memories about Harlan’s last night are introduced into the picture, shaking up the narrative’s trajectory and opening up a back half that explodes with a spectacle of guilt and entitled rage on the part of the spoiled family.

Johnson is a less visionary filmmaker than he is one who’s capable of exquisite visual acumen, and Knives Out is more of a charming homage to detective fiction than an invigorating revision of its tropes. Yet its energy is infectious, particularly as the film becomes more and more animated as it nears the truth of Harlan’s final night. The actors’ hammy performances only compound the amusement of watching a dynasty propped up by largesse fall to pieces at the very thought of actually having to earn their way in life.

Sporting Johnson’s strongest screenplay, Knives Out expertly jukes every time you think you have your bearings, adding a new wrinkle that completely revises one’s notion of the plot’s arc and the guilty party. The title may refer to Harlan’s method of death and the copious real and prop knives that litter the Thrombey manse, but the film’s true lacerations concern those inflicted by the elite on themselves in Johnson’s expert parody of whodunnit class politics.

Review: Honey Boy Exudes the Erratic Passion of a Memory Being Made

Review: Just Mercy Is a Stock Sermon Elevated by a Great Michael B. Jordan