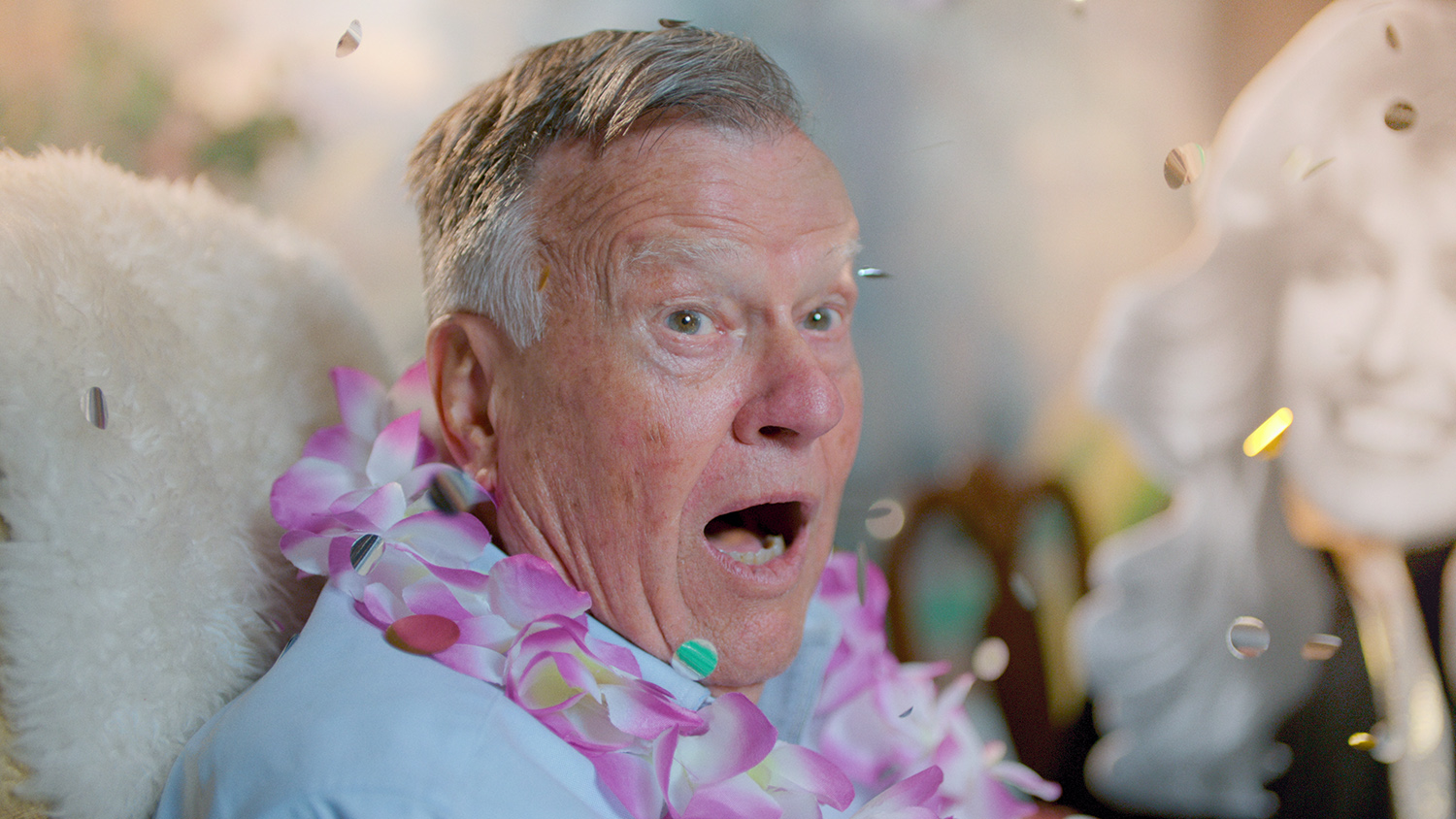 Kirsten Johnson’s Dick Johnson Is Dead grapples with the most utterly basic fact of human existence: that someday all of us will die. If Johnson’s blackly funny documentary about her father’s impending demise is hardly the first film to deal with our shared mortality, rarely has the subject been approached with such directness. Often, films about death primarily focus on the gradual process of a body’s deterioration or the working out of unresolved issues. Dick Johnson Is Dead immediately stands apart, then, when Dick flatly states that he has no regrets in life. He and his daughter aren’t trying to resolve problems between them, and while Dick is slowly losing his memory to dementia, the film isn’t primarily concerned with documenting the stages of his cognitive decline.

Dick Johnson Is Dead is about the simple fact that Dick is alive but soon won’t be, which Johnson treats with whimsy and dark humor by repeatedly staging his death. In the film’s first iteration of this mischievous central conceit, Dick is calmly walking down the street when he’s struck on the head by a falling air conditioner. For a few moments, we see Dick’s body from above, motionless on the ground, the remains of the A/C unit scattered on the sidewalk around him, until production assistants enter the frame, removing the pieces of what’s obviously a prop, and helping Dick off the ground. Later, Dick will fall down the stairs, suffer a heart attack, get struck in the neck with a wooden plank, and undergo other abrupt fatalities—each time being resurrected from the dead as the cinematic artifice of the killing is exposed.

Dick’s untimely ends are startling and funny, many of them accomplished with stuntmen and effects teams, whose efforts behind the scenes become as much a part of the film as the deaths themselves. Dick Johnson Is Dead is very much a film about its own making, one which repeatedly exposes its artifice. We understand that Dick’s true departure from this mortal coil is unlikely to come so swiftly and cinematically as it does in the film, that it’s more likely to involve a gruelingly slow decay of Dick’s body and mind than an airborne appliance.

In a sense, these meticulously crafted simulations of Dick’s death aren’t performed for the benefit of the audience at all. Rather, they’re Johnson’s highly personal means of acclimating herself to the eventual loss of her dad. In one of the documentary’s more poignant scenes, Dick, covered in fake blood from one of the death sequences, loses himself in the moment, forgetting that he’s acting in a film and believing himself to be in mortal peril.

Though nowhere near as idiosyncratic as Abbas Kiarostami’s work, Dick Johnson Is Dead evinces a similar ability to find truth in the gray area between documentary and fiction. In the film’s most eloquent melding of truth and invention, Johnson elaborately stages her father’s funeral, with his friends, family, and fellow church parishioners all in attendance. As a close friend offers a tear-filled eulogy, Dick wonderingly remarks, “I think he thinks it’s the real thing.” Of course, in a sense, it is the real thing, as these are honest emotions that are no less deeply felt simply because Dick is, at the moment, still alive. And in the film’s final scene—which we receive glimpses of throughout—Johnson delivers her own tearful, deeply felt remembrance of her father inside her own closet. Seemingly practicing for his real funeral, she sums things up, “All I know is that Dick Johnson is dead.” But once finished, she opens the door, and there’s Dick, still alive, standing there listening. A title pops up letting us know that he’s yet to kick the bucket, rendering the title yet another of the film’s clever little tricks.

A drawback to Johnson’s deliberately gimmicky style—which includes glitzy visions of Dick in heaven surrounded by notable personages as diverse as Frederick Douglass, Sigmund Freud, and Bruce Lee—is that it doesn’t allow us to access her father as a person. We feel his warmth and his abiding love for his family, but we learn relatively little of his personal history beyond the highlights. Dick’s attitude toward his own death is so breezy and his relationship with Johnson so frictionless that the film can at times feel remarkably undramatic.

Dick Johnson Is Dead, though, isn’t a biography of Dick, but rather a reflective self-portrait of Johnson herself. As her 2016 feature Cameraperson so comprehensively showed, the filmed image can say as much about the person behind the lens as it does about the subject being filmed. And nowhere is this more beautifully demonstrated than in a scene in which Dick is lamenting the death of his wife when, suddenly, the camera moves in close to him and settles beside his chair. Johnson, we realize, has moved herself to be close to her father, to comfort him and share in the loss of the woman who meant so much to the them both. In this moment, as in so much of the film, we may not be able to see Johnson, but her presence is deeply felt.

Review: Save Yourselves! Takes Trifling and Spotty Aim at Millennial Softness