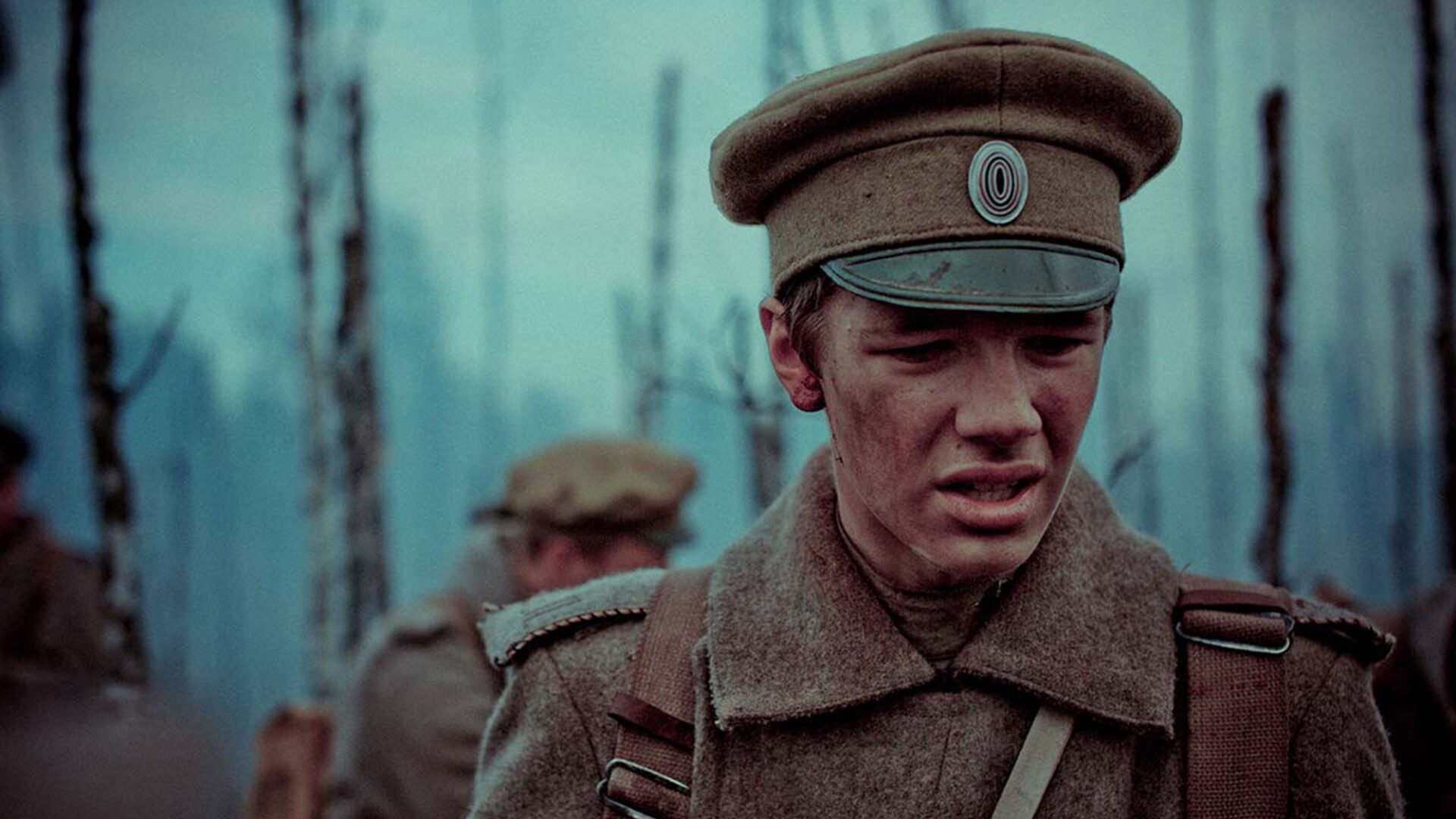 Nationalist fervor quickly yields to existential horror in Blizzard of Souls, a World War I epic that offers a Latvian vantage point on the war that definitely didn’t end all wars. Indeed, the prospect of a second European bloodbath looms provocatively over the final sequences of this stylistically old-fashioned but emotionally powerful drama.

Dzintars Dreibergs’s film, which was released last year in Britain as The Rifleman (and shorn of 19 minutes), is Latvia’s biggest homegrown box office hit in 30 years. That success is unsurprising, since the country’s official entry for the international film Oscar is a patriotic epic based on an esteemed semi-autobiographical war novel by Aleksandrs Grins, a national martyr. But Dreibergs and screenwriter Boris Frumin don’t go about simply addressing their fellow Latvians throughout Blizzard of Souls, as the film speaks to universal themes and conjures dream-like disorientation and terror. Of recent films about modern European wars, this one is less akin to Sam Mendes’s 1917 than to Václav Marhoul’s The Painted Bird, another nightmare vision of brutality on the contested territory between Germany and Russia.

Blizzard of Souls immediately explains its title with a widescreen tracking shot of frozen corpses scattered on a hard-lost battlefield. Then it rewinds to introduce one of that carnage’s survivors. Arturs Vanags (Oto Brantevics) isn’t quite 17 when German troops begin to advance into Latvia. The farm boy tries to enlist, motivated by juvenile enthusiasm, patriotic pride, and a desire for revenge for an attack on a family member that’s just the first of many acts of pointless cruelty. He’s too young and his father (Martins Vilsons) too old, but the latter’s previous military experience grants them both exemptions to serve. Arturs’s older brother (Raimonds Celms) also gets a uniform, a rifle, and a ticket to disillusionment.

The three men, along with a few cohorts and two girlfriends (Greta Trusina and Ieva Florence), alternatively connect and diverge. Their partings are caused by circumstances and—more than once—death. For the first two thirds of Blizzard of Souls, its narrative is powerfully drawn, if in mostly expected ways for a World War I tale. But then the film diverges from familiar norms as the Latvians find themselves betrayed by their Russian allies. The 1917 revolution takes place off camera but soon comes to bedevil Arturs and his surviving colleagues. More concerned with ideological purity than military victory, the army’s new Bolshevik leaders begin mass executions. Arturs gets a red star on his cap and the order to shoot a friend.

Where the novel is lyrical and subjective, the film doesn’t gaze deep into Arturs’s soul. Rather than tell us what he feels, Dreibergs shows us what he experiences, so we can feel a bit of his reactions ourselves. Arturs’s fear, shock, and confusion are evident, but he reacts phlegmatically to most assaults—whether a bayonet pointed at his chest or a beloved’s pragmatic switch of affections. Perhaps that’s why he survives as so many others fall.

Although Valdis Celmins’s camera is more mobile than would have been possible in the era of the mid-century prestige pictures that Dreibergs emulates, Blizzard of Souls has a traditional look. Its battle scenes are rendered with stately, lengthy takes, forgoing frantic pans, quick cuts, and shaky cam. Story, not style, is key to the way the film conveys wartime chaos. The director and crew are unafraid of the picturesque, lighting scenes so they resemble old-master canvases. Battle sequences are often swathed in snow, smoke, or mist, and partly bleached of color. The occasional reprieves, however, are invariably bathed in golden light. The breaks from battle are as sweet and plush as Latvian-American composer Lolita Ritmanis’s score.

The film’s narrative ends with a moment, not so much triumphant as accepting, that suits such music. The novel’s bitter historical epilogue goes undramatized, perhaps because Latvians are intimately familiar with Grins’s fate. He returned home in 1919 to a newly independent homeland, but that freedom endured only until the next war. In 1940, the Soviets invaded Latvia and later arrested Grins, whose novel had been banned in the Soviet Union. The author was deported to a Soviet prison where—two decades after barely surviving the Great War—he was shot and killed. For viewers to know this adds an astringent afternote but isn’t necessary to be moved by the film’s depiction of innocence lost on the killing fields.

Review: Shadow in the Cloud Serves Up a Maximalist Blast of the Absurd