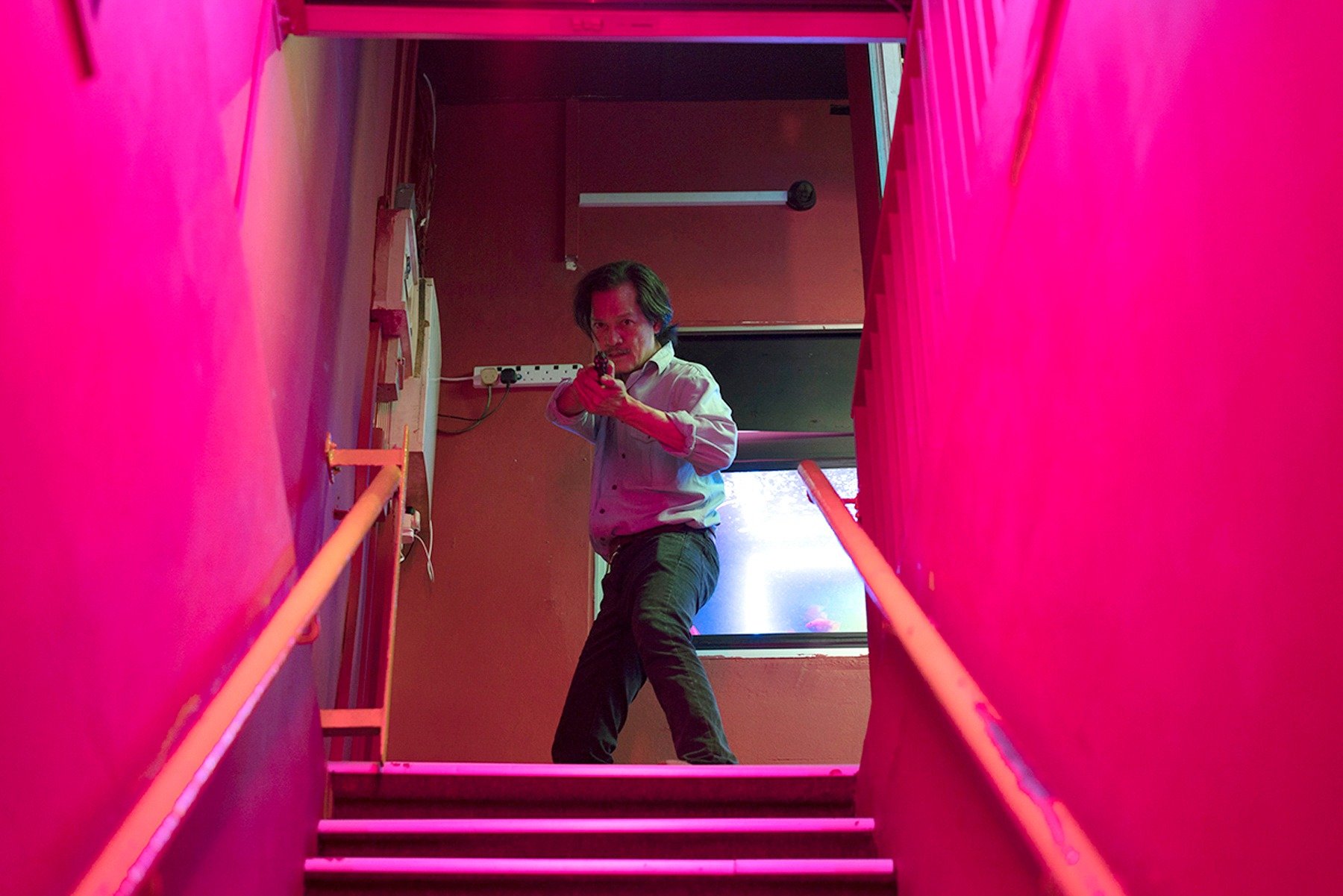 Yeo Siew Hua’s A Land Imagined begins with an extended montage of looming buildings and structures, as well as work sites of Singapore’s vast land-reclamation projects. This simple visual motif effectively captures not only the sense of insignificance that comes with living in an urban center teeming with people (workers appear like dots within the wide shots), but also lays the groundwork for the film’s sudden shift in perspective.

Yeo’s Golden Leopard-winning film opens in dreamy noir-like fashion before blooming into a sobering social drama concerning the lives of Singapore’s ignored and exploited immigrant and working-class communities. After a police detective, Lok (Peter Yu), spends the first third of A Land Imagined searching for a missing construction worker, Wang (Liu Xiaoyi), Lok’s partner rhetorically asks why looking for a lowly laborer is worth the time and taxpayer money. Yeo makes an empathetic rebuttal to that thought by subsequently launching into a depiction of Wang and his downtrodden existence immediately before his disappearance.

Wang, though injured, can’t afford to miss work, so he continues to drive a shuttle for other workers. Through the depiction of Wang’s grinding daily routine and search for a side hustle, Yeo shows how the man is at the mercy of his employers. In keeping with the strain of noir from Lok’s storyline, the company Wang works for and whom the dredged land is ultimately for is an eerily nebulous entity, like something out of a Fritz Lang production. Wang appears as an unwitting pawn in a larger scheme, though, paradoxically, the moments of relative escape spent with a fellow worker, Ajit (Ishtiaque Zico), and the mysterious Mindy (Luna Kwok), the manager of a cybercafé Wang frequents, prove that he leads a life of his own.

The presence of the Bangladeshi Ajit in A Land Imagined and the fact that the undocumented Wang hails from mainland China are just two factors that point to Yeo’s grasp of Singapore as a globalized state with shifting notions of identity—an understanding that’s complemented by the film’s narrative structure, which shifts perspective between Lok and Wang throughout. Each character operates on the fringes of Singaporean society and deals with similar feelings of estrangement. At one point, Wang tells Mindy after a late-night swim at a local beach that the sand comes from various different countries around Singapore. And this idea of the island nation as not having a set identity is one that’s cannily rhymed to the film’s structure.

The shift back and forth between the narrative’s central characters, and how one of those characters is affected by the life of an itinerant worker, brings to mind João Dumans and Affonso Uchoa’s Araby, but A Land Imagined doesn’t contain itself completely to the realist tradition of that film. Yeo adopts a more ethereal approach, even implying early on that Lok’s storyline is a projection of dreams that Wang once had. The elliptical narrative, coupled with the explicitly noir passages—marked by stylized and shadowy cinematography—that follow Lok and Wang around a hazy and languid cityscape, give the impression that A Land Imagined exists in a kind of dream state. The film may be coy about definitively stating if Lok is Wang’s dream-self, but this question is ultimately irrelevant. In a diverse land where identity is inherently foggy, Yeo suggests that becoming another person is as easy as dreaming it.

Review: The Dirt Doesn’t Fulfill the Self-Flattering Promise of Its Title

Review: Out of Blue Plays Out Like a New-Age Law & Order