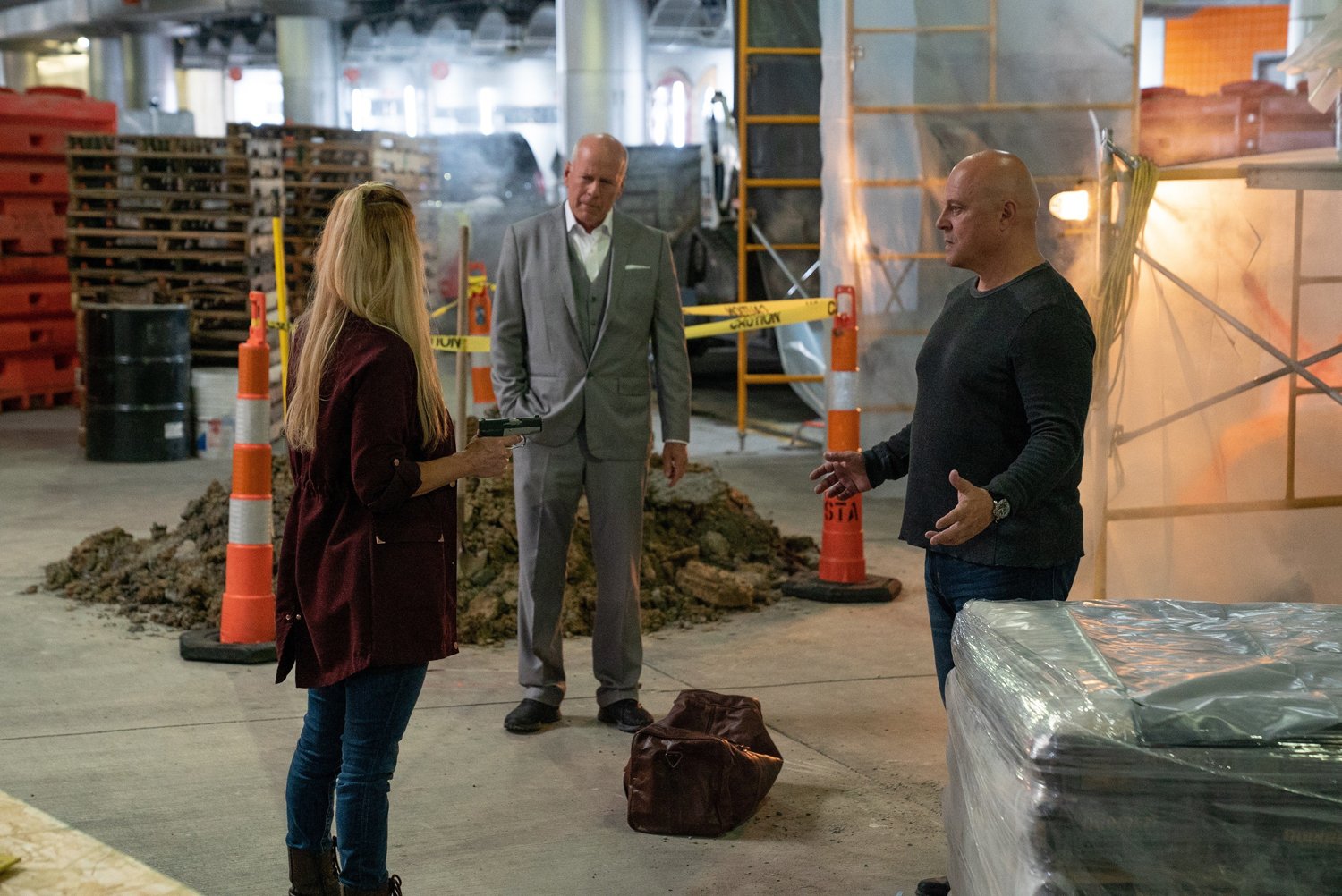 Brian A. Miller’s frightfully stale 10 Minutes Gone feels like it was cobbled together from the worst parts of other similarly themed crime films and greenlit only because Bruce Willis needed a quick paycheck to cover his annual property taxes. The hamfisted plot revolves around a mysterious box that’s both the sole reason for a heist gone bad and an elaborate tease used by the filmmakers to string the audience along by keeping its contents shrouded in mystery. But the ultimate reveal of what’s actually inside is every bit as mundane and underwhelming as everything leading up to the moment; for one, the film in no way explains why, for some reason, dozens of high-end crooks and “every law enforcement agency in the country” would desperately be after it. Of course, it’s only fitting that such a hollow signifier lies at the center of a film that’s mostly powered by its characters’ bluster.

From the very start, 10 Minutes Gone radiates an air of noxious machismo, figuratively puffing out its chest with every wooden line of dialogue. Everyone here has a witty-but-not retort at the ready, and nearly every line is shoehorned with some type of tough-guy criminal lingo. Given the film’s near-constant references to “the 5-0,” “outs,” “safe houses,” and fences moving “merch,” and abundance of trite maxims like “None of us would be here today if we didn’t believe in honor among thieves,” it wouldn’t be surprising to learn that screenwriters Kelvin Mao and Jeff Jingle drew inspiration from the cutscenes of some mediocre video game.

But to blame this disaster entirely on the filmmakers would be to ignore just how lackadaisical Willis’s performance is as the film’s big bad, Rex, a wealthy suit in dire need of whatever’s in that box. All but one of his scenes take place in the same top-floor office, suggesting the actor’s contributions were shot in a single afternoon. Michael Chiklis fairs a tad better, putting forth a modicum of effort as Frank Sullivan, an honorable thief who mostly huffs and puffs around town as he hunts those who stole the box from and killed his brother (Tyler Jon Olson). But Frank’s grief is barely granted even a passing glimpse, and he’s so thinly conceived and broadly written that he never transcends his stock character trappings. By the time a fit of clunky editing awkwardly obscures how the pudgy, middle-aged Frank could somehow nimbly escape eight men with guns pointed at him from every angle, it’s clear that every element of the film has been seemingly engineered to be the ne plus ultra of slapdash ineptitude.