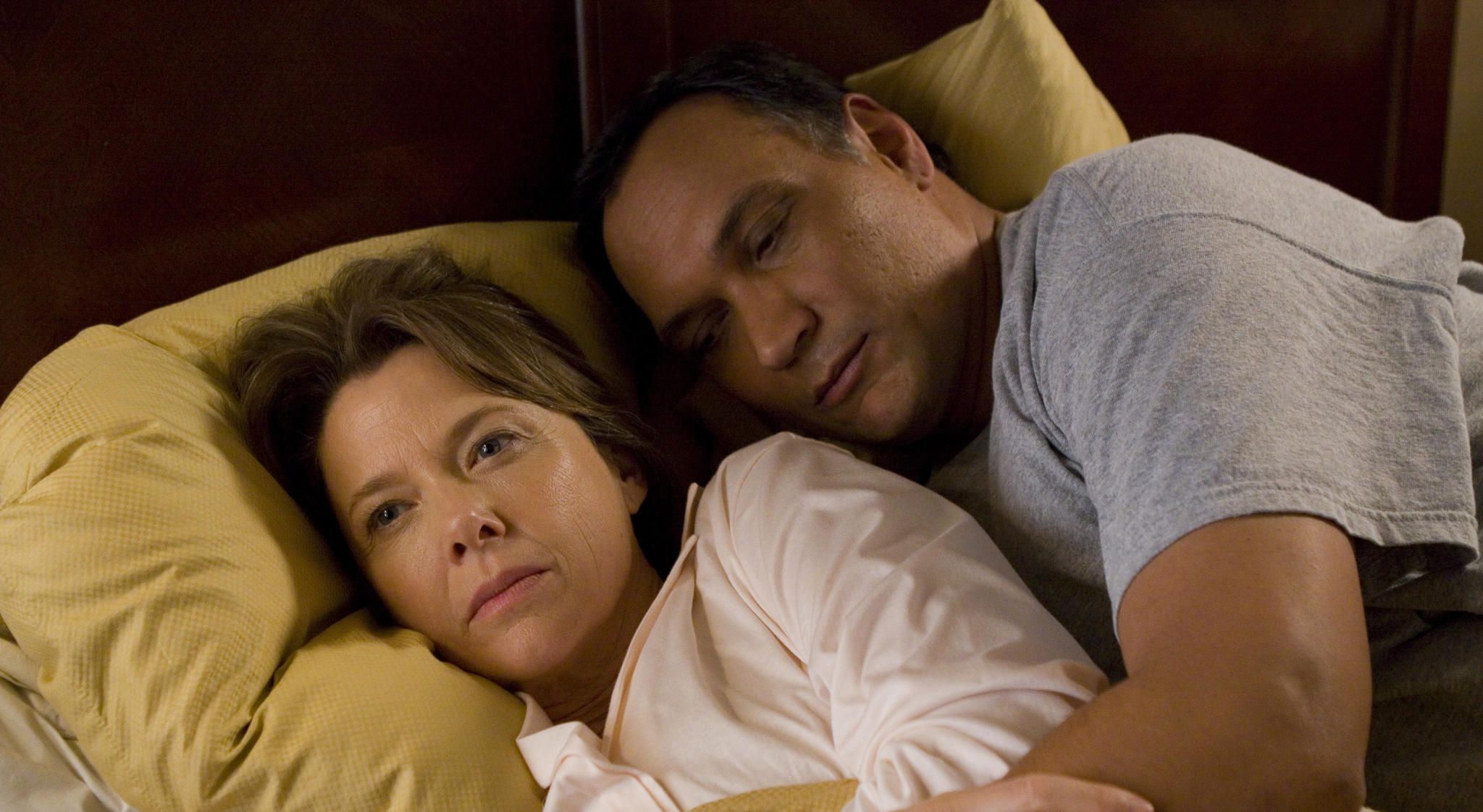 A two-hankie weepie for the family-values set, Rodrigo Garcia’s latest sudser worships at the altar of motherhood, a state that the writer-director posits as something like the essence of womanhood. In Mother and Child, Garcia explores the unhappy consequences of an adoption that took place some 37 years ago, turning an eminently sensible decision in which a pregnant 14-year-old gave up her daughter to a more responsible home into the cause of lifelong misery for at least two women. While the now late-middle-aged Karen (Annette Bening) is haunted by her parental-enforced abdication, a decision that fills her with resentment toward her now dying mother and turns her into a person so bitter she takes pleasure in sending back a cold cup of coffee at a restaurant, her daughter Elizabeth (Naomi Watts), with whom she has no contact, is no less troubled. Although a highly successful lawyer, she’s become a depraved ice queen who takes pleasure in screwing her next-door neighbor while his pregnant wife’s away and then slipping her panties in his spouse’s underwear drawer.

Luckily, redemption is never far away, thanks to dishonest narrative manipulations, abrupt shifts in characterization, and above all, the transformative powers of motherhood. Who knew, for instance, that all it took to turn bitchy professional Elizabeth into a real woman was to get knocked up, even if—spoiler alert—her stubborn refusal to have the doctor-recommended C-section in favor of the “true” vaginal birth leads to her untimely decease? Shooting the birth/death scene with a hushed awe, Garcia obscenely suggests that Elizabeth dies realizing her true function as a woman. Karen gets off considerably easier, obtaining her own redemption not only through the love a good man (Jimmy Smits), but via a surrogate child figure, the daughter of her mother’s aide, who after initial hostility, she treats as if she were her own offspring.

Obviously, motherhood is one important role that a woman may play in life; Garcia’s offense is to make it the only one that counts. It’s certainly a key issue for the film’s third principal character, Lucy (Kerry Washington), a young woman who is unable to have kids of her own and, along with her husband, is looking to adopt. As she undergoes an intense grilling at the hands of a perspective donor who’s extremely particular about who will adopt her soon-to-be-born child, the film raises interesting questions about the propriety of motherhood, notably the role that the birth mother is expected to play in the process. But then Garcia resolves the issue through a series of strained plot manipulations that allow his regressive ideology to become actualized in the narrative. In the end, the prospective donor decides to keep the baby since, after all, as Lucy admits, “adoption is so unnatural,” while Lucy ends up adopting the deceased Elizabeth’s baby, an action that compromises no one since every mother is allowed to fill her maternal responsibility and everyone who wanted a baby gets one. (Even Karen gets to spend time with Lucy’s new child, her biological granddaughter.)

In Garcia’s view of reproductive politics, adoption is a harbinger of misery, a last-ditch option that is only acceptable when the mother dies in childbirth, while abortion remains the film’s structuring absence, the word that dare not speak its name. And yet, for all the director’s sentimentalization of “traditional” values, he’s quite willing to view single motherhood as a legitimate option. (He’s also down with mixed-race couples.) After all, a mother raising her own child is just the right thing to do, regardless of circumstances, so the director allows several of the film’s women to engage in rewarding instances of single parenthood. It all leads to a round of joyful tears and sappy guitar noodlings, but since these are the expected stuff of the melodrama form, a potentially progressive genre designed to explore the roles of womanhood in a man’s world, it’s hard to argue on principle with their deployment. It’s the ideological service to which Garcia puts these manipulations that makes them so objectionable.

Review: Casino Jack and the United States of Money