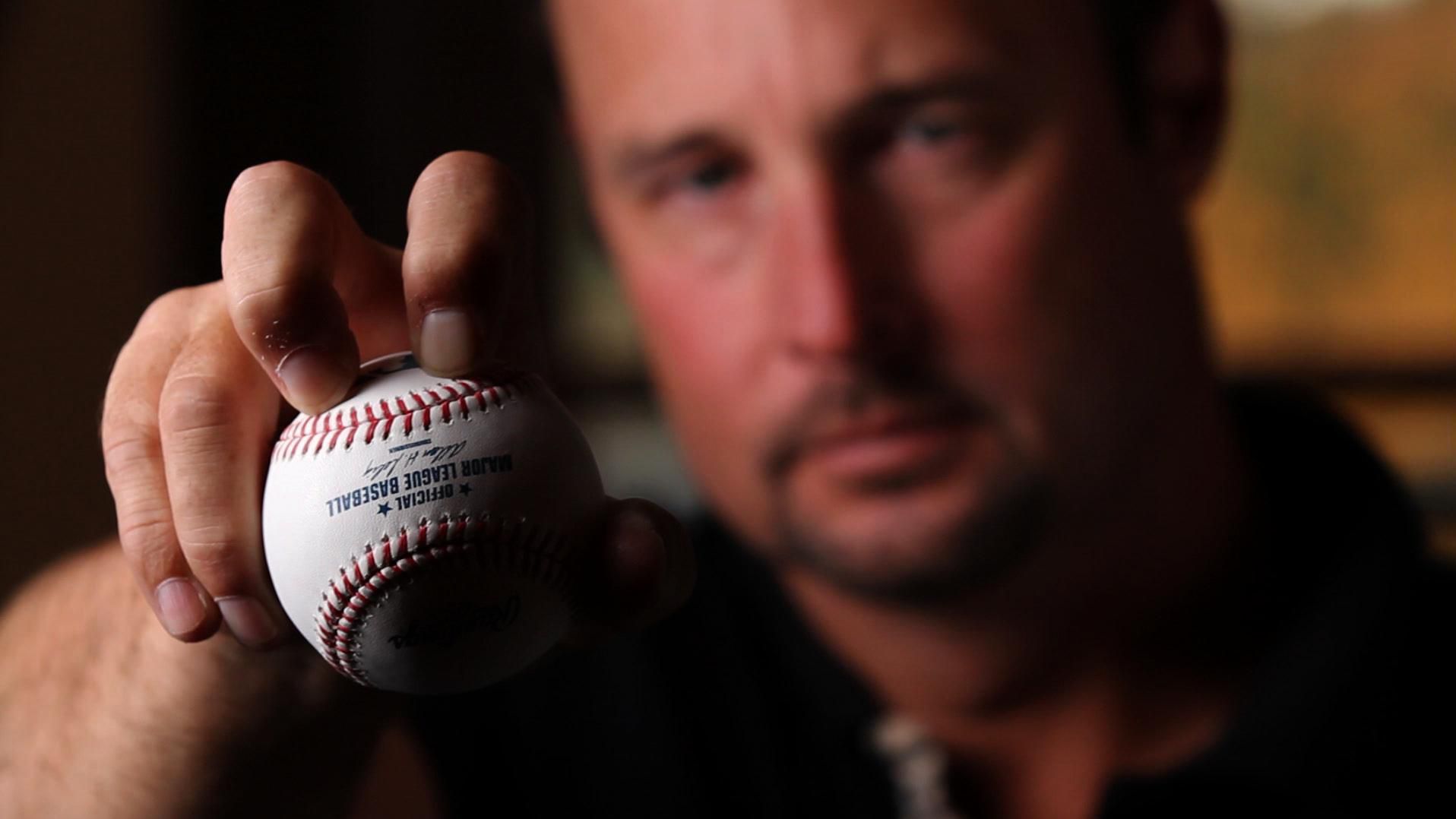 Notwithstanding the exclamatory bang that misleadingly suggests the first baseball musical since Damn Yankees, Knuckleball! is a straightforward chronicle of a pair of the sport’s dinosaurs, the 2011 major-league season’s two active players who fling the game’s “circus pitch” (held with the fingertips, not the knuckles). Directors Ricki Stern and Anne Sundberg follow veteran Tim Wakefield of the Boston Red Sox, in what turned out to be the last of his 19 years in the bigs, and R.A. Dickey of the New York Mets through the highs and lows of the six-month campaign. The film traces their athletic histories that led to the “act of desperation” of taking up the knuckler, a pitch that floats toward home plate at two-thirds the speed of a typical fastball, and whose spin-free and unpredictable trajectory can make the game’s best batters look foolish—or horrify catchers, managers, and practitioners alike when it has no movement, or too much.

The filmmakers nearly sabotage the first half hour of Knuckleball! with a glut of made-for-cable-sports profile staples: overuse of slow motion (except when following the swooping flight of the pitch), a pedestrian score of rock pablum, on-field action edited too much like post-game wrap-ups. But then the two central pitchers, both low-key family men off the mound, become compelling underdogs. Wakefield, an infielder who could no longer hit who was converted to a flutterball hurler and tasted meteoric success in a two-month pennant drive with Pittsburgh in 1992, is now a wobbly elder struggling to reach his 200th career win after a historic residency in Fenway Park. Dickey, at 36 a kid by the odd chronology of a knuckleballer’s late-blooming prime, tastes his first sustained success after 15 years and 37 moves of house. (Stern and Sundberg’s chief regret might be that Dickey blossomed further into a full-fledged All-Star in the currently concluding season, after they packed up their cameras.)

Particularly winning are the two athletes’ relationships with the game’s retired knuckleballers who have mentored and advised them: for Wakefield, Hall of Famer Phil Niekro (who recalls his coal-miner dad mistaking a scout’s offer of $250 to sign his son for a fee to be paid), and for Dickey, the avuncular and plain-spoken Charlie Hough (whose session reviewing video clips with his protégé—in which he counsels him that he can’t be afraid to throw his money pitch more softly—is a rare instance of inside baseball caught on screen). This trans-generational camaraderie is at the heart of the film, only topped by the account of college-star Dickey losing a pro contract of nearly a million dollars when he’s found to lack a ligament in his elbow that’s considered crucial for longevity. His wife Anne’s tearjerking postscript, “I didn’t want him to live with regret,” sounds like something she heard on TV, but you can tell she means it too.