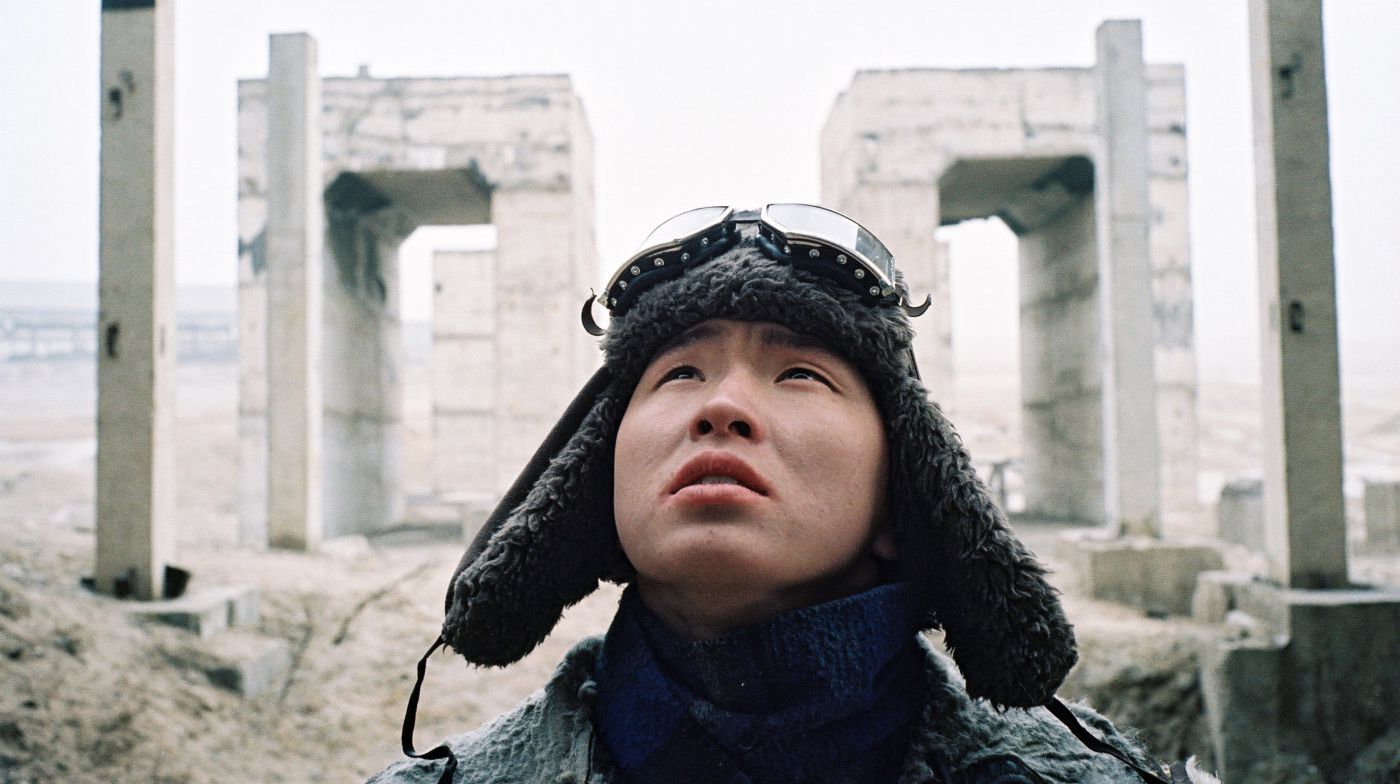 During a research trip to Mongolia in 2002, globetrotters Peter Brosens and Jessica Woodworth planned to shoot a documentary about aviation and the country’s post-socialist identity, but after journeying to government facilities and insane asylums, a story was born about a young would-be shaman and the forces that seek to destroy the country’s nomadic life. Some have labeled the film a magical-realist text, but Khadak, whose title is a reference to blue ceremonial scarves used during Mongolian cultural rites, is more akin to a slipstream, freely shifting between reality and an extravagant, almost sci-fi-ish depiction of real life. Like The Story of the Weeping Camel and Mongolian Ping Pong, Khadak has an eye for minutia, but its experimental pretenses feel gratuitous. The crisis of the story’s nomads being relocated to the city after they’re told their animals are infected with a mysterious plague is intercut with the ostensible spiritual awakening of young Bagi (Batzu Khayankhyarvaa), who slips into a catatonic state from which he is saved by a shaman. From there, the story becomes more abstract, with Bagi using his sense of smell to rescue a coal thief from the brink of death, joining the girl’s political resistance group, and warning the patients at an insane asylum that the government is conspiring against them. As chilly as the wintry Mongolian plains, Brosens and Woodworth’s calculated style suggests the influence of Baraka, Mark Romanek, Theo Angelopoulous, and Einstein on the Beach: Characters are prone to hypnotic counting, Bagi embraces his lover before the couple is dubiously spun around in the same manner of the slabs of meat from Nine Inch Nails’s “Closer” video, and a lonely tree is observed from all sorts of angles, most notably (and inexplicably) an upside down one. This fatuous experimentialism is striking, but not in a manner that soulfully connects with a country’s communitarian ethos.

They Do It with Love: The Kingdom