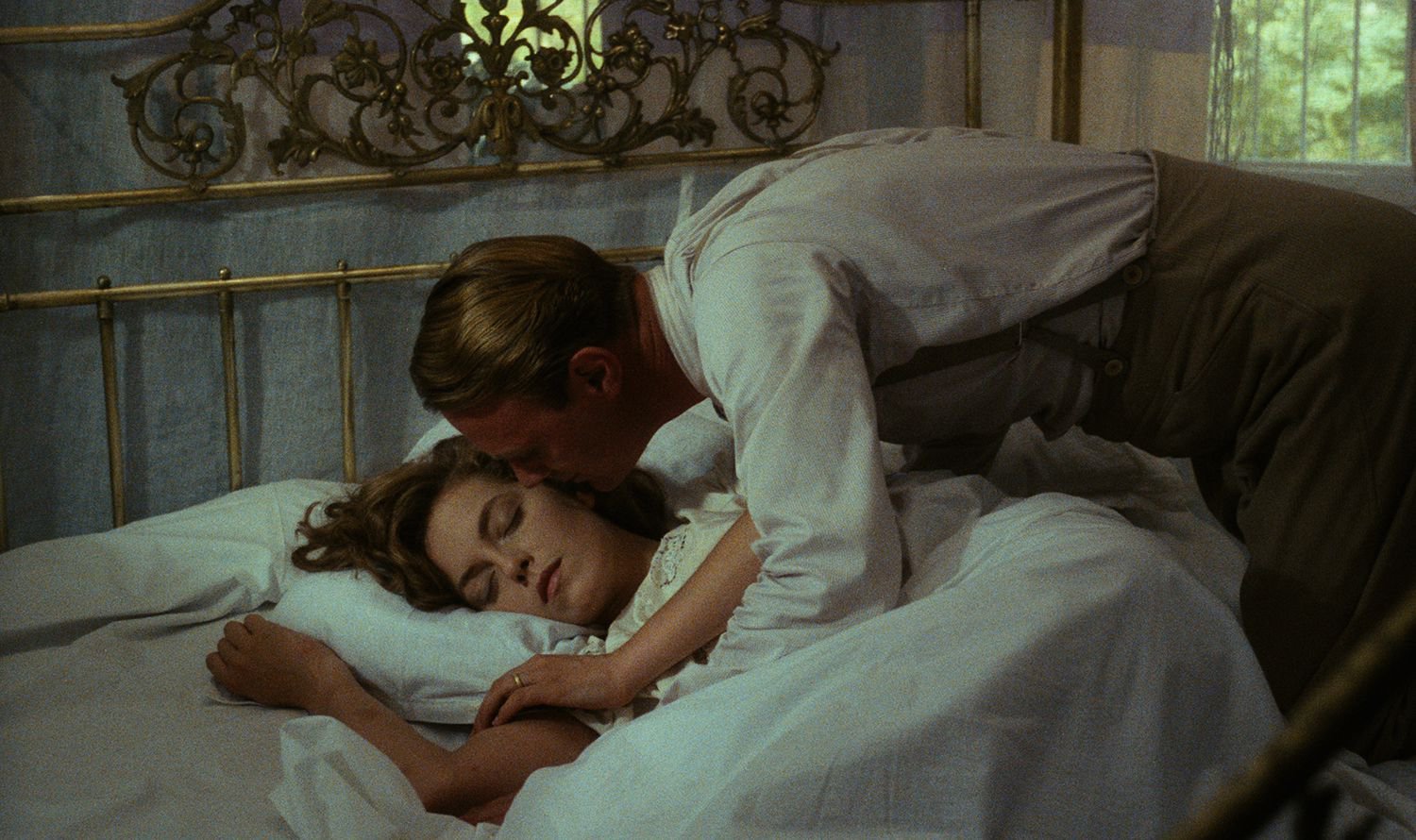 Once described by Andrew Sarris as the “least narcissistic of productive and creative directors,” James Ivory is the consummate collaborator, a filmmaker so closely associated with producer Ismail Merchant that the Guinness Book of World Records has listed their partnership as the longest in film history. Often dismissed as oppressively tasteful and aesthetically repressed, their best-known films (A Room with a View, Howards End, The Remains of the Day) were marked less by any singular cinematic vision than by the ability to marshal a team of talented craftsmen—costumers, hair stylists, set dressers, and location scouts—to create a prettily detailed simulacrum of the past. But if these films could fairly be accused of stuffiness, they’re at least an honest attempt to translate the emotional depth and narrative complexity of the novel into cinematic form.

Made a few years before the international breakout success of A Room with a View, Heat and Dust is unlikely to win over Merchant-Ivory skeptics, but it does represent an intriguing transition from the India-centered social realism of their earlier work to the lavish literary adaptations for which they would become famous. Adapted by Merchant-Ivory’s longtime writing partner, Ruth Prawer Jhabvala, from her own Booker-winning novel, the film follows Anne (Julie Christie), a British woman drawn to India by the story of her great-aunt, Olivia (Greta Scacchi), who left her well-meaning colonial officer husband, Douglas (Christopher Cazenove), for a dashing Indian prince, the Nawab of Khatm (Shashi Kapoor). As Anne begins to fall for her charming landlord, Inder Lal (Zakir Hussain), the film contrasts the outright racism and colonial domination of 1920s British Raj with the vibrancy of 1980s India.

While lacking the picture-perfect sumptuousness of their later films (Tony Pierce-Roberts’s effulgent cinematography is sorely missed here), Heat and Dust nonetheless offers plenty of opportunity to luxuriate in exquisite period and location detail, from a lavish banquet at the palace of the Nawab to sweeping Kashmir landscapes. If using British colonial life as the backdrop for a forbidden romance inevitably tinges it with a sense of nostalgia, the film is careful to remind us that these well-heeled British adventurers are protected by a system of brutal violence. Olivia’s captivation with the Nawab is as much a rejection of the small-mindedness of her countrymen—their casually bigoted remarks about the childishness of the Indians, their disdain for the native culture—as it is an expression of amorous longing.

Jhabvala was famously ambivalent about the country she called home for over two decades, never fully comfortable with the privileged place she as a white Central European woman occupied in this impoverished land. That ambivalence is essentially the subject of Heat and Dust, a story about two white women attempting to “find themselves” in this far-off country while at the same time rejecting the very notion as absurd. An obnoxious Hare Krishna hippie (Charles McCaughan) serves as the paradigmatic example of the dangers of using a foreign country to enact one’s own self-actualization. But even though Jhabvala recognizes her own solipsism, the story never widens its focus enough to capture any deeper sense of Indian life.

Instead, the film sticks resolutely to the perspective of the navel-gazing outsider, looking on this vast nation with the filmmakers’ characteristic tone of slyly ironic emotional reserve tinged with moments of quiet melancholy. That approach works well enough for the 1920s segments of the film, appropriately conveying the tragicomic nature of British imperialism, but it renders the contemporary sequences dispassionate and dramatically murky—pleasant to look at, but with little more dramatic weight or sociological insight than a book of tourist snapshots. Whatever this wildly diverse country might mean to the people who actually live there remains a mystery.

Review: Goon: Last of the Enforcers