Barbara Kopple’s Gun Fight opens with tragically familiar footage of April 16, 2007, the day Seung-Hui Cho opened fire on his classmates at Virginia Tech. It was the deadliest school shooting in American history. Amid the roll of cellphone footage that captured the massacre in real time and subsequent news reports of the tragedy, we hear a voice being interviewed. What he’s saying doesn’t line up with the standard community-in-mourning soundbites we’re accustomed to hearing in the aftermath of tragedy. No, this person seems to be saying that if Virginia didn’t have such stringent gun laws that maybe someone could have done something to take down the shooter that day. While such a horrific event would seem to indicate the need for redoubled gun-control efforts, pro-gun groups like the Virginia Citizen Defense League, who sponsored a handgun giveaway less than a month after the shooting, saw it as an opportunity to further lobby their cause. Welcome to the world of Gun Fight.

Kopple’s film looks at an issue that is not new: There are an estimated 250 million guns in the U.S. and tens of thousands of gun-related deaths each year, and yet the gun lobby, led by the NRA, collects victory after victory in the face of weakening control legislation. The Federal Assault Weapons Ban, for example, which was signed into law by President Clinton in 1994, quietly expired during the Bush presidency. It’s a testament to how far to the right of center the national discussion on this issue has drifted that there’s so little momentum to get the ban enacted again. The representatives Kopple interviews on the pro-gun side all indicate that gun control is a zero-sum game and there’s no room for compromise. Their propaganda machine works around the clock to keep several million one-issue voters in a lather over all the ground that could be lost if they don’t keep donating to the NRA.

There’s a good deal of talk about the “gun show loophole,” whereby people can avoid the federally mandated criminal background checks by buying from private vendors. Another hotly contested way for people who might not pass a background check to game the system is by “straw sales,” which involve having a friend whose papers are clear buy the gun on their behalf. It’s sort of like teenagers getting an older friend to buy beer for them, except instead of a six-pack, it’s a Kalashnikov.

Like many divisive issues, Gun Fight boils down to conflicting interpretations of what defines America. At the risk of exposing bias, one side often hangs itself with its own rope, as when one convention-goer approaches the mic to inform the speaker that Jesus Christ went on record in support of the right to keep automatic weapons. Kopple smartly draws out the connections between the NRA and the Tea Party movement, and the ways in which its rhetoric about the place of gays, immigrants, and people of color in America become infinitely scarier with the backing of automatic weapons. Of course, when guns are at stake, the chances of one side being intimidated by fear increase greatly. The Second Amendment, which vouchsafes that the people should have the right to keep and bear arms, is referred to by some in the documentary as the “Doomsday Amendment,” meaning it can be enacted as a counter-measure against a federal government that has taken on too much power. Gun Fight presents a terrifying vision of a shadow population of vigilantes champing at the bit to take up arms against its own elected leaders. The irony, as pointed out by one gun control advocate, is that while 30% of all gun sales in this country are conducted through swap sales, there is no funding for undercover stings to investigate the matter. In this age of domestic terrorism alerts, shouldn’t this be a priority?

Two other documentaries at Full Frame explored in shocking detail just where our Homeland Security resources are engaged at present. As we approach the 10-year anniversary of 9/11, federal mandates for investigation, not surprisingly, seem to be geared toward finding and prosecuting terrorists. And though we’re no closer to finding Osama bin Laden than we were at the start of the war in Afghanistan, those mandates can provide a career-making turn for an ambitious prosecutor or federal agent here in the United States. If a Tree Falls: A Story of the Earth Liberation Front explores the circuitous route by which a member of the radical environmental group Earth Liberation Front found himself in a federal prison reserved for terrorists. In Better This World, two teenagers who went as protesters to the 2008 Republican National Convention became locked in a game of wills with law enforcement officials bound and determined to make their conviction quota, despite feeble evidence against them and a case that stinks of entrapment.

Better This World begins with two best friends, Brad Crowder and David McKay, who came of age in a small town in Texas. But where most residents of Midland, Texas would probably espouse a lot of vocal support for the town’s most famous resident, former President George W. Bush, for Brad and David he was an emblem of all that was worth fighting against in the world. Drawn to Austin to become part of the local activist scene, they meet a charming organizer named Brandon Darby, who challenges their stances and commitment from the start. A sort of grassroots Pied Piper who’d made a name for himself helping displaced people after Hurricane Katrina, Darby suggests they all make the trip up to St. Paul, Minnesota for the upcoming Republican National Convention and take part in the direct-action protests. What follows is an expertly edited legal thriller with enough twists and turns to make any screenwriter jealous. Crowder and McKay are caught on security cameras at a local Wal-Mart buying materials to make firebombs, but they retire on the night in question without doing anything with them. Several hours later, F.B.I. agents with warrants come busting in to pull Crowder and McKay through the looking glass.

Directors Katie Galloway and Kelly Duane de la Vega piece together a fascinating story out of footage taken from the public domain (the city of St. Paul, expecting the worst during the convention, mounted cameras on every street corner) and from activists’ who were on the ground. They clearly came into the project at exactly the right moment, and were smart enough to stay on board throughout distended legal machinations in which, for lack of compelling testimony, the U.S. District Attorney’s office stoops to play the best friends against one another.

The documentary’s title is taken from a line of Darby’s testimony, but the phrase finds echoes throughout the material. The F.B.I. agents and Federal Prosecutor interviewed in the film maintain that good police work lead them to the prevention of a terrorist act on American soil. How can one seek to better the world, this film wants to ask, in the face of an organization like Homeland Security, whose strict constructivist agenda, if left unchecked, could brand public protest itself a criminal act.

The question would not be lost on Daniel McGowan, whose story is told in If a Tree Falls: A Story of the Earth Liberation Front. The documentary looks at the rise and fall of one cell of the ELF, an organization that came together in the Pacific Northwest in the late 1990s to take a stand in favor of environmental issues. With bone-chilling footage of police pepper-spraying protesters and young people literally hugging trees to keep them from being deforested, the film is an almost archaeological record of another era. The director, Marshall Curry, keys in on a seminal moment for a generation of activists: the Battle for Seattle which erupted during the 1999 World Trade Organization protests. For a moment, protest had gone mainstream. Thousands of young people poured into the streets, convinced that sheer numbers could stem the merciless tide of corporate greed. How naïve we were.

Fed up with the volume of old-growth forests disappearing in the northwest, McGowan eventually fell in with a group of environmental resistance fighters who shared a belief that destructive acts in the name of civil disobedience could have a positive effect on society. And so, like the Monkey Wrench Gang before them, the ELF planned complicated sabotage events on lumberyards, logging sites, slaughterhouses. ELF chose to set businesses and private property on fire, careful only to attack at night when no one would be around. There were no victims in any of their direct actions. Curry uses animation to reenact several of the ELF’s targeted strikes (a genetically modified food lab in one case, an expansive ski resort in Colorado in another) and interviews key members of the American cell for the play-by-play.

After years of dead ends and bum leads, the F.B.I. leveraged one suspect in order to wiretap a series of others. McGowan refused to cooperate with agents in order to land a better plea deal, despite already being named by other defendants. Facing life in prison, McGowan was charged with arson and conspiracy, compounded by a “terrorist enhancement” slapped on by federal prosecutors. This landed him in one of the most secure prisons in the country, where his communication with the outside world is extremely limited.

Taken together, If a Tree Falls and Better This World tell a sad story of the marginalization of the activist left in America. Two generations are represented in these documentaries, and if they are any indication, the prognosis is indeed grim for the generation coming of age in the decade after 9/11. If the label of terrorist can be applied retroactively to cases of destruction of property, or preemptively to teenagers who bought the wrong thing at the hardware store, it’s clear the game is rigged. When protest is outlawed, only outlaws will protest. 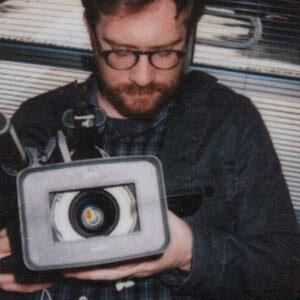 Jesse Paddock is an accomplished editor, director, and educator whose written and visual work covers a wide array of social, historical, geographic, and cultural terrain.