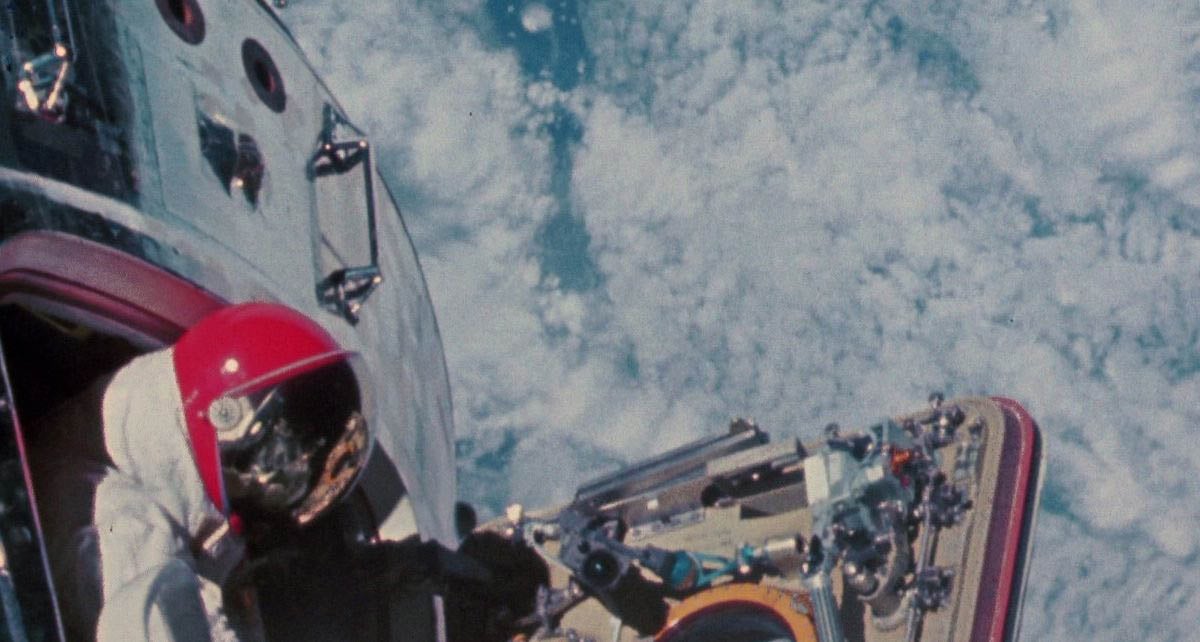 The visual splendor in journalist-cum-filmmaker Al Reinert’s For All Mankind seems designed to remedy the audience’s collective memory of the moon landing as a grainy, square image on TV. Between 1968 and 1972, the Apollo Program sent nine missions to the moon, each equipped with film equipment to document discoveries and obstacles; of the literally thousands of hours of footage stashed in NASA archives, Reinert distills 80 minutes that give the impression of a single outer-space journey. The found-footage voyage is given a familiar sci-fi trajectory: Brave men are fitted into bulky space suits while engineers stare at screens in the control room, the poker faces the astronauts employ to try to cover anxiety during liftoff breaks into unguarded awe as the Earth is viewed from the rocket’s porthole. Save for an opening speech by John F. Kennedy, the film deliberately discards exposition and context: There’s no attempt at differentiating one mission from another, and, even though they are either glimpsed in the footage or heard in the soundtrack, none of the great Apollo missioners (including Buzz Aldrin, Jim Lovell, Mike Collins, and Alan Bean) are identified by name. The approach may flatten the political perspective of the Space Race, yet it also succeeds in lending the footage (such a goldmine of flag-waving imagery for the likes of Ron Howard and Michael Bay) a timeless inclusiveness, honoring the film’s title by positing a trip to the moon that’s a hearteningly communal—perhaps even global—enterprise. More sensuous spectacle than analytical reportage, Reinert’s picture doesn’t starve for privileged moments. Sequences such as a vision of the blue globe from the back of the rocket (through a circular opening that suggests a silent-movie iris) or the gliding shots of the lunar surface stretching into inky-black horizons visualize what one astronaut describes as the mission’s feeling of “supreme elation.” If not the screen’s ultimate portrait of space travel, For All Mankind remains a peerless planetarium show.

Understanding Screenwriting #28: The Hangover, The Brothers Bloom, The Taking of Pelham 1 2 3, & More