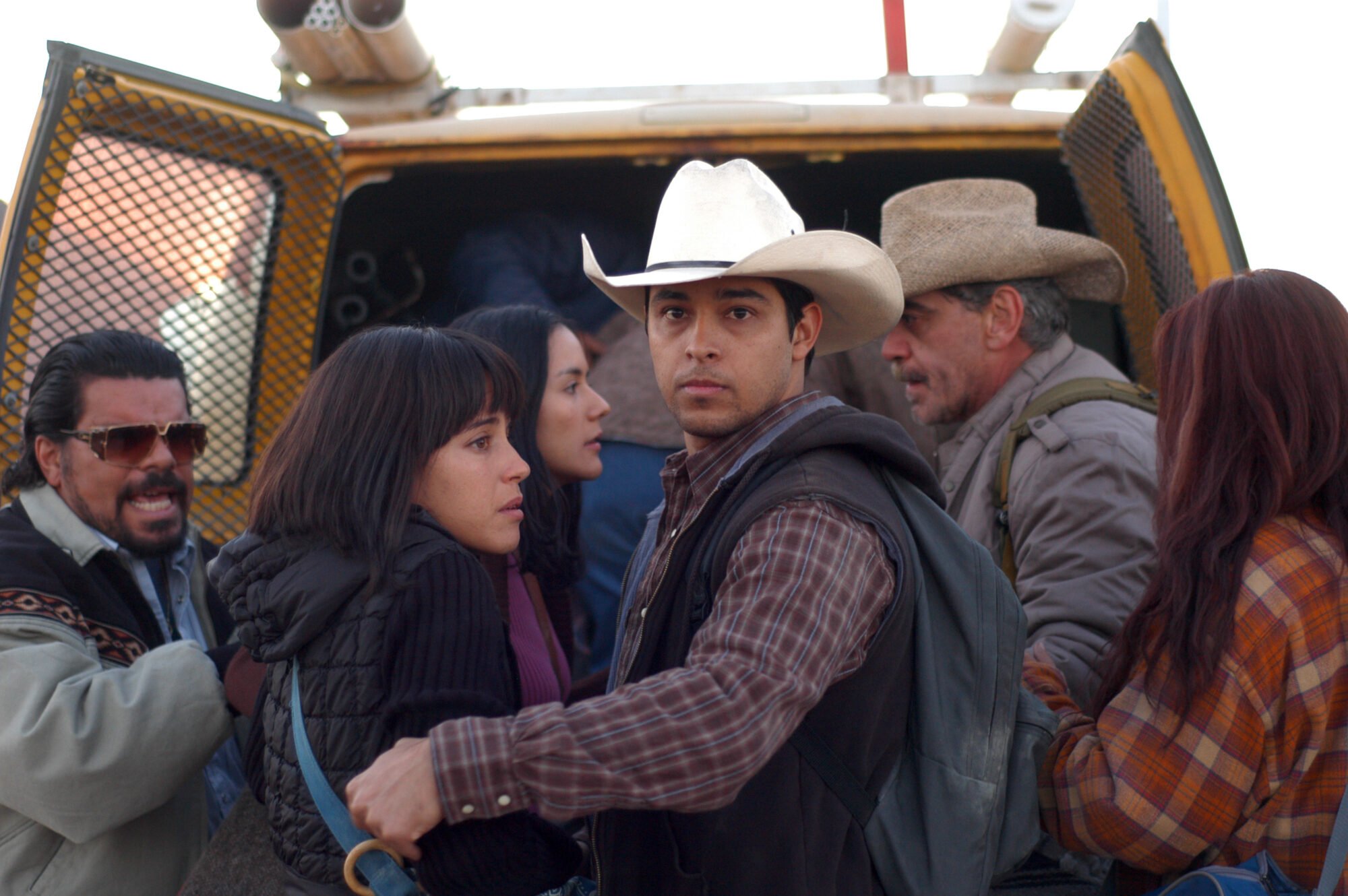 Eric Schlosser’s devastating, meticulously researched muckraker Fast Food Nation—Upton Sinclair’s The Jungle for the 21st century—builds slowly, adding one damning fact after another to an ever-mounting pile. Page after page, you keep waiting for the sledgehammer to make contact, and about halfway through, Schlosser finally connects in spectacular fashion, with a vividly described sequence about touring the kill floor of a Midwestern slaughterhouse, one which supplies much of the beef to several major fast-food companies. It’s the book’s most potent section and the one, above nearly all others, which lingers uncomfortably as you idle in the McDonald’s drive-thru. Richard Linklater knows this, holding back on revealing the gruesome abattoir like Spielberg keeping Jaws floating on the periphery. You spend so much time watching Fast Food Nation and bracing yourself for raw meat and arterial sprays that when Linklater finally delivers, it’s practically a throwaway scene, therefore a colossal letdown and more than a little indicative of just how wrongheaded this astonishingly compact adaptation is.

Having translated the book to film with Schlosser, Linklater does an admirable job of shoehorning in as much of the sprawling nonfiction narrative as he can, managing to touch upon nearly every major point in Schlosser’s text, but the cutesy, hardly transparent swipes at McDonald’s (the film’s fictional chain is called Mickey’s) and rote recitation of facts and figures from the mouths of ostensibly invented characters (Bruce Willis, in his extended cameo, might be the worst offender) leave Fast Food Nation feeling like the cinematic equivalent of a Big Mac: enjoyable at the time, empty and vaguely unfulfilling later. Perhaps it’s because on the surface, Linklater wouldn’t strike a lot of people as the most appropriate director to handle this kind of material. There’s a distinct lack of outrage and a wealth of emotional distance in most of the film’s sequences. Whether it’s the burgeoning activist (Ashley Johnson), the marketing exec struck by a crisis of conscience (Greg Kinnear), or the illegal aliens struggling to survive sexual harassment and death by meat grinder (Catalina Sandino Moreno and Wilmer Valderrama, respectively), Linklater floats between these loosely connected tales with a massive sense of indifference. Some viewers may leave agitated, but due more to wishing they’d just coughed up 12 bucks for a copy of Schlosser’s book instead. There are plenty of blasé attitudes about the companies who provide our burgers and fries, and with Fast Food Nation, there’s one more diffident voice to join the chorus.