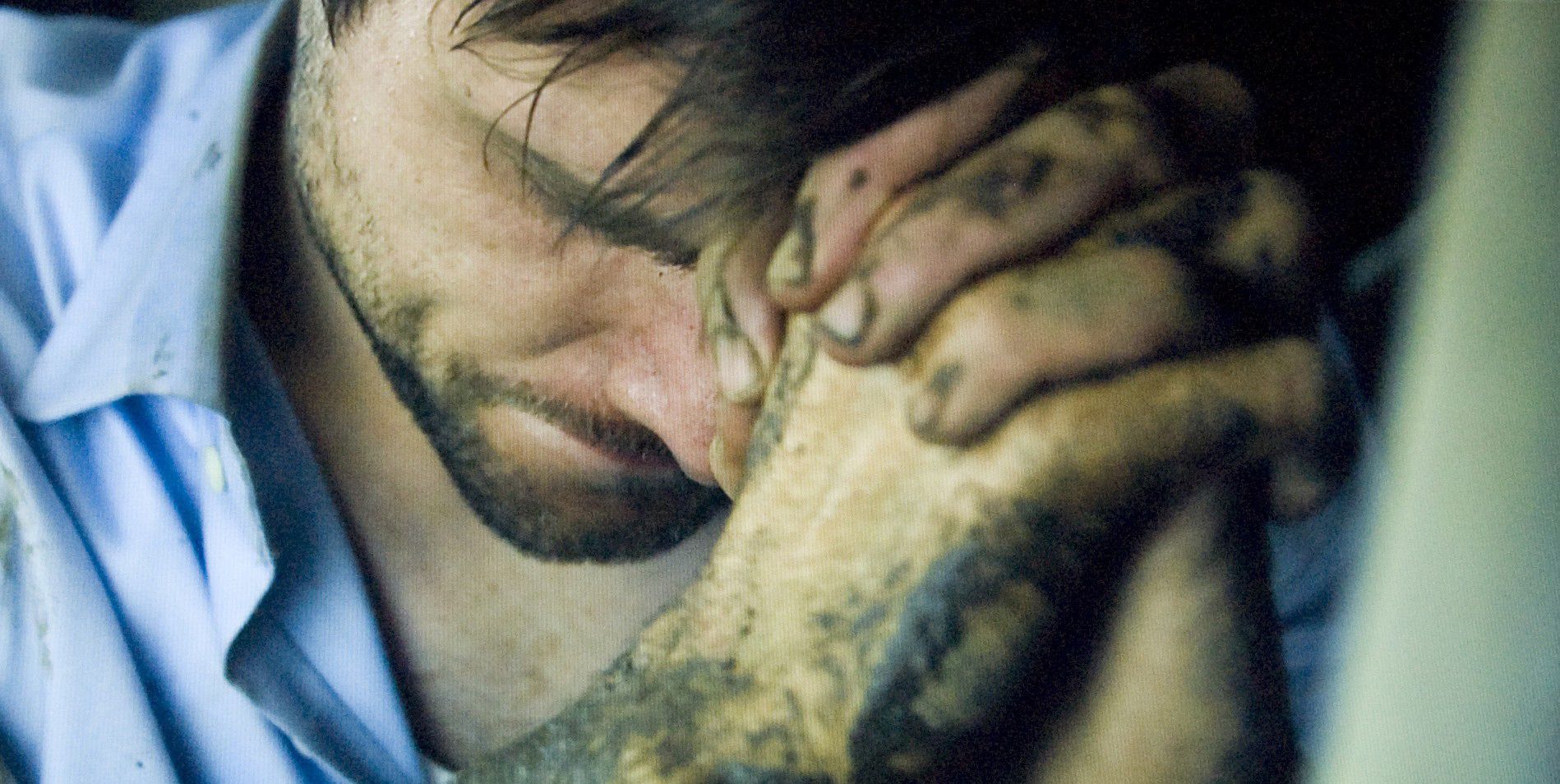 William Dickerson’s Detour, about a man trapped in a car under a mudslide, has no formal relation to Edgar G. Ulmer’s excellent 1945 noir of the same name, about a man trapped inside a car with a villainous femme fatale. Yet they share a certain quality of desperation: Both were produced on miniscule budgets outside of major studios, both Ulmer and Dickerson used a variety of techniques to disguise their humble production values, and both films ended up looking indelibly cheap anyway. In Ulmer’s film, this cheapness—evident in the liberal use of stock footage and dearth of speaking roles—acts like an extension of the protagonist’s desperation. Dickerson’s film, though, has no such subtext to lean on.

The high-concept idea of one person, or a group of people, being trapped in a single space by some arbitrary force is a common crutch for inexperienced filmmakers. These films capture Hollywood’s obsession with stories that can be summarized in one sentence, but they can also be filmed on small budgets, whether they’re set in the ocean (Open Water), a phone booth (Phone Booth), or on the top of a Mayan pyramid (The Ruins). In Detour, the location is a car at the bottom of a mudslide and the protagonist is Jackson Alder (Neil Hopkins), a blandly amoral advertising executive who immediately regrets his bland amorality in the face of imminent death. Shot in a model SUV and with only five speaking roles, Detour proudly follows the traditions of this previous stuck-in-one-location films, acting as a micro-budget amalgam of Danny Boyle’s 127 Hours and Rodrigo Cortes’s Buried.

Like those two films, the rigid confines of the plot dictate that the film isn’t so much a story and more of a creative challenge for the director. Perhaps as a rebuke to Buried’s most implausible plot device, Dickerson makes sure that Alder doesn’t get to use his iPhone, because, as in Cortes’s film, the entire story is set under several feet of earth. We only leave this space when Alder watches old iPhone videos of himself and his wife (Brea Grant), or when he passes out from oxygen deprivation and we catch glimpses of his surreal anxiety-addled dreams. Dickerson succeeds in creating some suspense from within the car, as Alder behaves like a trapped MacGyver and fashions an escape attempt out of some tent poles. But the low budget becomes more distracting as time goes on and the filmmaking never compensates for an uninteresting main character.

In comparison to its superior predecessors, Detour’s redemption plot feels banal and slight. Alder is described in the press materials as “smooth talking,” but he sounds more like a Hollywood screenwriter’s idea of a smooth talker. Hopkins, who never gives up an opportunity to show more emotion than his limited range would allow, isn’t enough of a smooth talker himself to make up the difference. Filming in a single location may be relatively inexpensive and practical, but finding an actor who can carry an entire film on his or her back is decidedly more difficult.