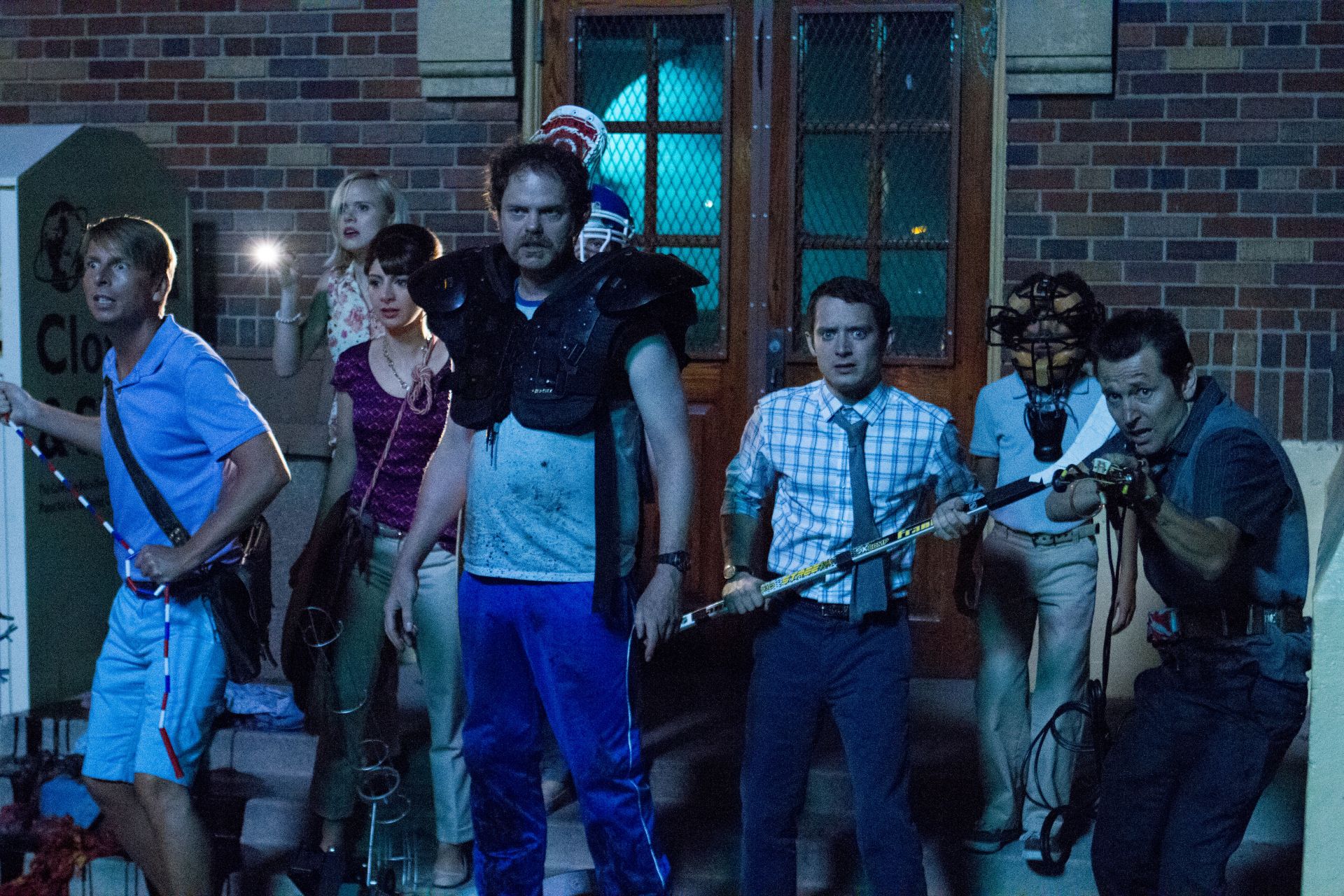 Cooties makes an occasionally spirited pretense of injecting the tensions of the United States’s educational system into a familiar zombie-siege scenario. At an isolated elementary school, children eat contaminated chicken nuggets, turning into ravenous creatures who trap their stereotypical teachers on the premises, forcing the latter to surmount their various interpersonal prejudices so as to fashion an escape. Which is to say that the film is, symbolically, about adults killing children who’ve moved beyond their restorative reach—a good, nervy premise that somehow manages to carry virtually no weight as executed by directors Jonathan Milott and Cary Murnion. The children are often visually rendered as blurry hordes in bad makeup, dulling the bite of the situation, which is further diluted by the endless, jokey grab-assing that’s meant to assert this film’s bona fides as an unhinged cult item.

A few moments unnerve, particularly when the children tear adults to shreds on the playground, strewing the pieces on hopscotch courts and through bicycle wheels. In these brief interludes, both the violence and the comedy are allowed to truly register without an ironic postscript attached. And some of the banter among the adult characters is mildly amusing in that so-consciously-un-PC-it’s-actually-PC manner that’s typical of contemporary American comedies. A character tells his band of wayward survivors to “follow me, I do Cross Spin” before running straight to his demise. Wade (Rainn Wilson), the school’s requisite macho gym teacher, suggests staging a “symphony of death” with band instruments. Another teacher, who’s seen reading a manual offering advice on having “normal conversations,” concedes that he’d like to sleep with a non-white prostitute before dying. Another is a conservative gun nut, and another is a closeted gay man. Someone else is a delusional aspiring writer, and so on.

A recurring strain of jokes suggests a greater level of ambition sporadically at play in Cooties. There are pointed references to 9/11, most prominently in the existence of a young character, Patriot (Cooper Roth), who was so named because he was born on that day and thereby seen by his family as some sort of great white savior. American flags are visible in the film as images of conformity, often splattered with blood, while the gun-nut teacher offers a few glib observations that complement these sequences as testaments to a vaguely asserted notion of the school system as the first and most important battleground of the culture war that still rages in this country between red- and blue-state sensibilities. Connecting that subtext to a narrative about children zombies is extraordinarily promising and resonant, but the filmmakers never develop these ambitions with any degree of surgical acuity, reveling instead in a number of dull, repetitive set pieces in which the teachers wander around empty hallways, awaiting the zombies’ attack. Cooties courts social outrageousness without doubling down on it.