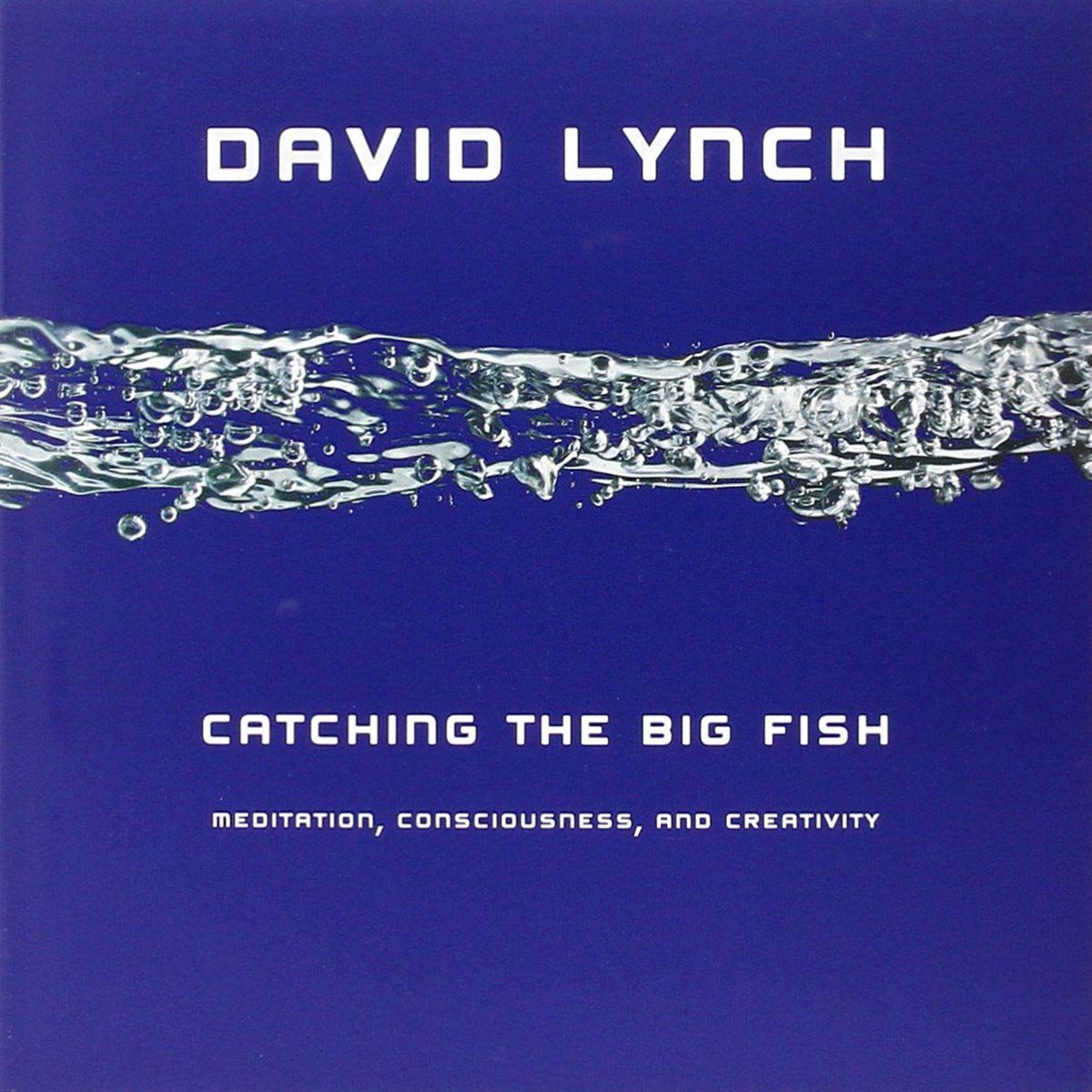 David Lynch’s voice has a diminutive, nasal inflection. You can hear the Pacific Northwest’s gentility and echoes of a woodland youth. In his new book, Catching the Big Fish: Meditation, Consciousness, and Creativity, this calm is felt in each short, declarative sentence that makes up each short, welcoming chapter.

The book is slim. The 177 pages offer more blank, white spaces than text. Lynch doesn’t really explicate his ideas: he distills them into succinct statements. But he’s hardly condescending. Rather, the whole book is an invitation. When you open Lynch’s book, he, in turn, opens his front door and invites you inside for a cup of coffee. And, perhaps, a twenty-minute meditation session.

“I’m not always good with words,” he says. Being a painter first and foremost, this effort to express his abstractions verbally instead of visually bears the over-stitched scars of an artist slightly outside his usual medium. Lynch is swinging for the fences throughout the book, at times promoting (nearly propagandizing) the practice of Transcendental Meditation, while at other junctures explaining his distrust and disappointment with the film industry. Yet his prose is so simple (one cannot help but think throughout of Ordinary Language Philosophers) that the reader can relax with the book. Its main aim, it feels, is to engender peace and good will.

David Lynch has practiced Transcendental Meditation for thirty-three years. He regrets (and regrets to inform the reader) that his first response was flippant dismissal. Yet, once he decided to try, in earnest, he felt “as if [he was] in an elevator and the cable had been cut. Boom! I fell into bliss—pure bliss.”

To transcend, he says, is to dive within and explore (or catch) your ideas. Lynch’s use of “idea” is vague and fluid, and prevalent throughout. Chiefly, though, he wants to say that “ideas are everything.” Water, then, runs through everything:

“Ideas are like fish.
If you want to catch little fish, you can stay in the shallow water. But if you want to catch the big fish, you’ve got to go deeper.
Down deep, the fish are more powerful and more pure. They’re huge and abstract. And they’re beautiful.”

He goes on to explain his idea of an idea in a one-page chapter called, “Ideas”:

“An idea is a thought. It’s a thought that holds more than you think it does when you receive it. But in that first moment there is a spark. In a comic strip, if someone gets an idea, a lightbulb goes on. It happens in an instant, just as in life.”

Catching the Big Fish reads just this side of a “How To” book, which is just this side of action: a “How To” book isn’t the act of doing, but a helping hand, a match lit—an impetus for the doing. It takes two, babe. As stated before, Catching the Big Fish is an invitation, a plea, not a sermon, and for his part, Lynch never affects a tone of authority. There’s a diary-spying element to the prose, but it is never cloying, only sincere.

And because it’s brief, you can sit down and read Catching the Big Fish in less time than it takes to watch Lynch’s newest film, Inland Empire: I read comparatively slowly and I finished the whole book in less than 90 minutes; Inland Empire runs 179 minutes. The book is like a coffee table companion-cum-summation for Lynch’s multimedia career. You could have it lying around at a party and guests would be free to pick it up and, at random, choose an aphorism to share. The best one-liner comes a little past midway, in a chapter titled, “The Box and The Key”:

“I don’t have a clue what those are.”

Its rival comes nearer the close in a clever, compact, and beguiling chapter, “Fire”. It reads:

“Sitting in front of a fire is mesmerizing. It’s magical. I feel the same way about electricity. And smoke. And flickering lights.”

In five brief sentences Lynch explains everything he loves about (1) Fire (2) Life (3) Cinema (4) Modernity (5) his original Inland Empire, the Pacific Northwest: his woodland home which he has smote moot–and rendered past tense–with those words, “And smoke.”

“Smoke” also recalls the Philadelphia of his art school days, which he chopped up, tossed around and flipped upside down in a fog of grotesquerie with his first film, Eraserhead. Eraserhead is a stark dream of hurt, cloudy & congested with that magical smoke. Lynch says as much in the chapter devoted to it and its genesis: “Eraserhead is my most spiritual movie. …it was a struggle. So I pulled out my Bible and started reading. And one day, I read a sentence. …And I saw the thing as a whole.” This embrace of spirituality is reflected in Lynch’s devotion to–and new promotion of–Transcendental Meditation. It seems a natural evolution of his character.

To read this book is to see Lynch as nothing but a peaceful human being with a clear thought process. And for all we know, that could very well be true; this would be quite a charade if false. Plus, why not believe him? Why not take him at his word/s? Why is it so difficult to assume a man can be spiritually at peace in the world yet, in his art, create horrorshow wormholes? Precisely because the art is gussied up in ugly, I suppose. However, isn’t art supposed to broaden our worlds? Doesn’t seeing another world illuminated in turn illuminate ours?

“Meditation is not a selfish thing. Even though you’re diving in and experiencing the Self, you’re not closing yourself off from the world. You’re strengthening yourself, so that you can be more effective when you go back out into the world.”

All David Lynch is asking, at bottom, in the silt of the riverbed, is, Why not give it a shot? It worked for me. “It” being, of course, not only meditation, but peace. The final chapter is titled “Real Peace” and the final word of the text is a simple one-word paragraph that operates as a blessing, an appeal and a farewell.

Catching the Big Fish: Meditation, Consciousness, and Creativity is now available from TarcherPerigee.