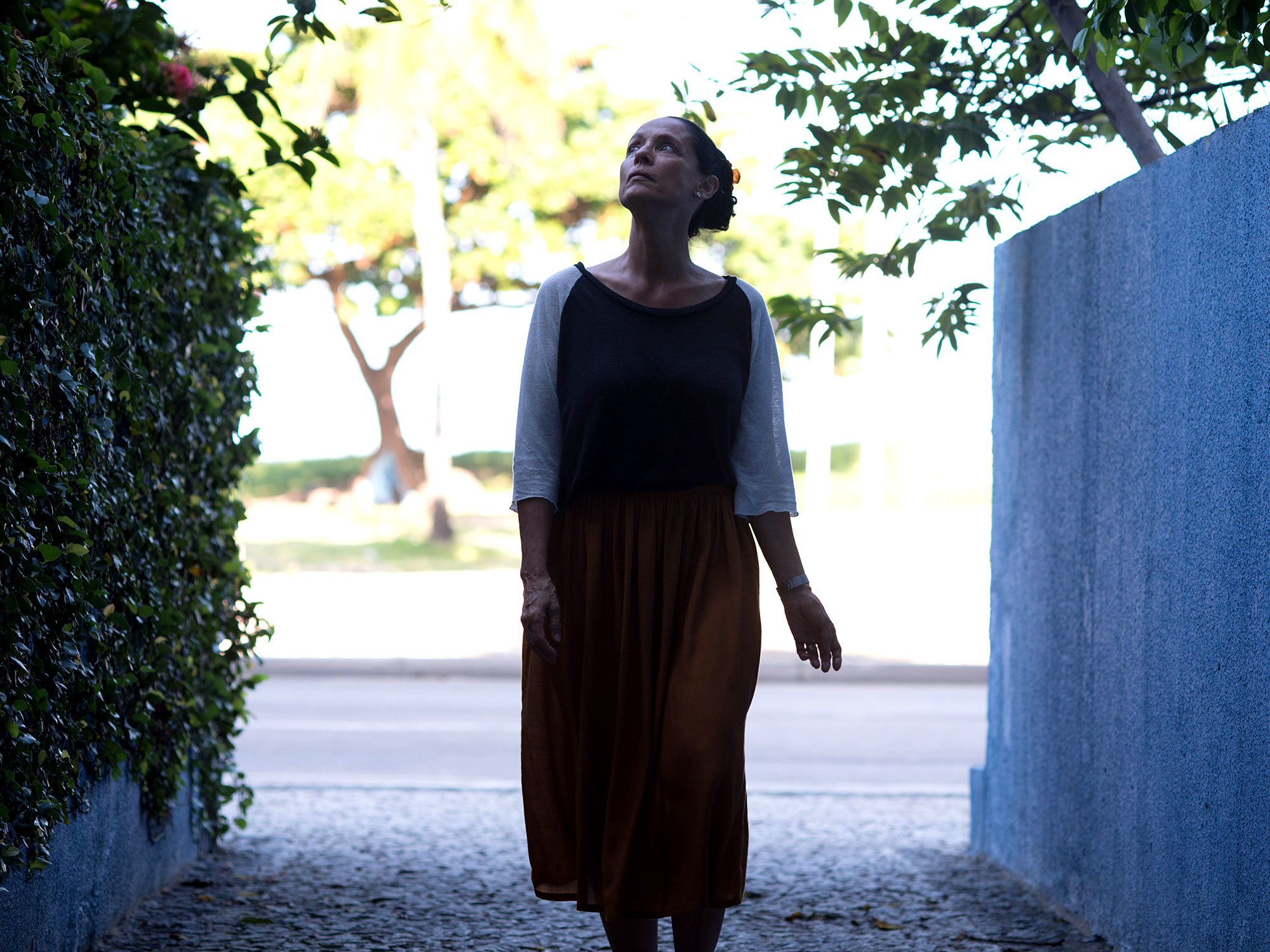 Though the title of Kleber Mendonça Filho’s Aquarius refers to an aging upper-class apartment building along the Boa Viagem beach in Recife, Brazil, it purposefully carries the weight of more figurative resonances. The Age of Aquarius, of course, is the astrological time period that may or may not define present human existence (there’s disagreement among scientists as to its chronological specificities), which is associated with democracy and human well-being. Because of a song, “Aquarius/Let the Sunshine In” from Hair, this age is particularly connected to baby boomers, and that generation’s sense of idealism pertaining to the potential effectiveness of its rebellion against a government intent on waging an unending war campaign across the world. That idealism, to put it politely, would prove to be misplaced.

The remnants of that privileged naïveté, which evolved into a form of cultural hypocrisy, haunt Aquarius, which is concerned with a member of Brazil’s equivalent of the baby-boomer generation. Clara (Sonia Braga) epitomizes our greatest fantasies of aging well. At 65, she’s still overpoweringly beautiful and weathering the bashful advances of men who’re young enough to be her children, and lives a peaceful live of repose among her records and books along the beach, going out for drinks with an assortment of peers and occasionally breaking for a nap in an indoor hammock with a fabulous view. Clara has a maid, Ladjane (Zoraide Coleto), who cooks her meals and keeps the place tidy, commuting over from one of Recife’s poorer areas, which exists within walking distance of this choice side of the city.

Though this subject is never quite directly broached by Mendonça Filho, it’s evident that Clara would identify herself as a left-leaning, socially and artistically conscious woman. She’s a retired music critic, and that fact alone offers testament to the good fortune of her life, which has been afforded, unsurprisingly, by class standing, inheritance, and more practical business decisions that were made with her now deceased husband. Clara’s life hasn’t entirely been a cake walk, however, as she’s a widow as well as a cancer survivor, and an opening flashback to 1980 of a birthday party, held for her aging aunt, Lucia (Thaia Perez), when Clara was in her 30s, shows Clara recovering her vibrancy in the aftermath of her illness.

Throughout this gorgeous, erotic, seemingly intuitively staged film, Mendonça Filho merges two distinct tonalities: inviting, empathetic romanticism and subtly submerged criticality that leaves the slightest copper aftertaste of bitterness. Clara is admirable and desirable in many fashions, but Mendonça Filho never allows us to forget that she, like most of us reading this, exists essentially unquestioningly within a social structure toward which she indulges feelings of superiority. Clara is in a battle with contractors over the Aquarius, as she’s the only person still residing in the complex after everyone else has sold out. But this gesture is strikingly positioned as an act of stubbornness rather than heroism, as Mendonça Filho often allows supporting characters to assume the stage and voice concerns with what they lose due to Clara’s nostalgic death grip on her residence.

Mendonça Filho fashions a metaphor for contemporary social unrest, then, showing how younger generations regard baby boomers as having enjoyed opportunities unavailable to them, and are now gobbling up or holding on to whatever resources remain. The film’s villains are revealed to utilize the same resources as Clara herself, as she employs similar connections in the press to wage her own turf war, which is audaciously connected back to her cancer and complicating our emotional response. Clara is nobly kidding herself, if such an act exists, and Mendonça Filho understands binaries of rebellion and conformity as ridiculously juvenile—and said juvenility was, perhaps, the greatest mistake committed by the lapsed and failed generation of Aquarius.

These meanings rest at the film’s peripheral edges, occasionally assuming center stage through the story of the apartment’s takeover, but they exist so as to deepen the predominant story of Clara herself. Aquarius is less a real estate thriller than an open observational tapestry—a film of great evocative textures. In the 1980-set prologue, as Lucia’s celebrated, we’re briefly accorded a flashback within a flashback to Lucia as a college student as she’s enjoying youthful sex with a lover who goes down on her while she’s atop a drawer that now resides in Clara’s apartment. This moment allows us to ponder the multitudes of Lucia that her adoring family will never know and will never recognize as they desexualize her as a makeshift family saint.

This cutaway also parallels Lucia with Clara years later, who enjoys sexual interludes that might surprise her children, and it humanizes the nostalgia of which Mendonça Filho is simultaneously distrustful. Nostalgia is poignantly human and inherent to privilege after all. Another correlation between objects of the past and present is established pertaining to Clara’s hair: Mendonça Filho cuts from the prologue to the present day, pointedly revealing Clara as she stretches to go outside, pulling back her long and luxurious hair, which was closely cropped in 1980 and which now exists as a sign of beauty, a battle scar, and a testament to survivor’s stamina.

No texture in this film is taken for granted, as Clara’s brush with death early in life has blessed her with an aliveness to tactility that Mendonça Filho is viscerally eager to impart to his audience. We’re always greatly aware of setting—of the comfortable geometry of the windows, doorways, and hallways of the Aquarius and the vistas of Recife itself, which Mendonça Filho often covers in long Kubrick-ean zooms that are acknowledged by a strategically placed poster of Barry Lyndon. This acutely sensorial rendering of habitats suggests the way that we come to regard our homes as an approachable downsizing of the terrors and complexities of life writ large.

And when people touch in this film, we feel the casual power of communion. When Clara kisses a man in his car, we see their lips as they move in minute lapping waves, exploring one another. When Clara sleeps with a much younger gigolo, Mendonça Filho positions the camera close to the actors so that we feel the weight of their bodies and the exhilaration of the privacy of certain moments, such as when the man pulls his jeans off, revealing himself for her. There has rarely been a case in cinema in which a younger filmmaker is so gloriously alive to an older woman’s body, capturing its transcendent sexual glory and its vital agency. Aquarius is a critique of a daydream that has the imaginative daring to live that very dream anyway.