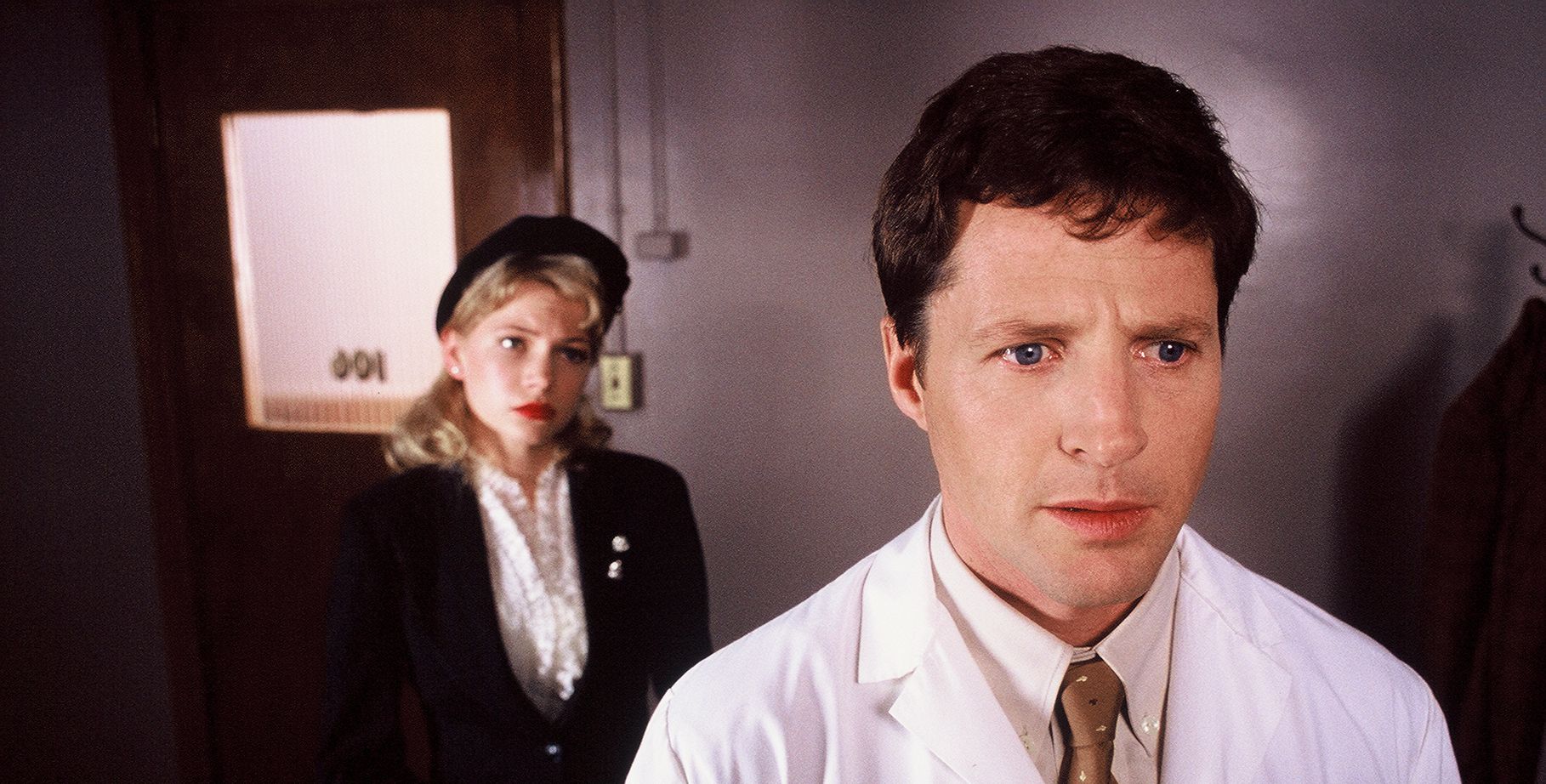 Several years ago on SNL, Will Ferrell, Molly Shannon, and Chris Parnell did a completely improvised sketch that cast Ferrell as a loopy baby doctor looking to avoid telling Shannon and Parnell that he lost their baby (in reality, it was born a witch) by repeatedly calling his “old friend” Beverly and asking about her pet Pomeranians. A triumph of long-form improv comedy, the sketch may have been the funniest thing to ever air on SNL.

A Hole in One is nowhere near as amusing, but it gets brownie points for refusing to play straight and trudging on in spite of flailing helplessly at every turn. Anna (Michelle Williams) begins to hear the sounds of a crying baby everywhere she goes, and soon after her brother comes back from WWII a broken man (at a nearby beach, he takes to signaling imaginary airplanes onto a fantasy runaway), she becomes convinced that she needs to get a lobotomy.

Anna’s melodramatic relationship with her gangster boyfriend, Billy (Meat Loaf Aday), is intercut with scenes of Dr. Harold Ashton (Bill Raymond) ghoulishly advertising his icepick lobotomy procedure across the country. It’s never clear how characters are connected, why they converge, or why they do much of anything: In one of the film’s odder moments, Bill’s daughter is introduced for the first time running into her father’s apartment, jiggling some coelacanth-shaped Jello treats on a tray in the refrigerator before running back out.

Writer-director Richard Ledes successfully whips up a dissonant mood, a sensation heightened by the strange comings, goings, and seemingly ad-libbed sayings of his characters, countless jumps in time, scientific and historical information thrown about with reckless abandon, and dreamy cinematographic moves (in one shot, the camera takes on the point of view of an oncoming wave). But the film’s tapestry of snarky sights and sounds doesn’t exactly shed a complex light on the social and emotional problems and behaviors of people who lived in ‘50s.

On the contrary, its superior tone confounds life in the era for people who never experienced it firsthand. Loosely based on real-life psychosurgeon Walter Freeman—whose transorbital lobotomy consisted of hammering an icepick through the back of the eye socket and straight into the brain—the smarmy Ashton would probably have wanted to lobotomize this film.