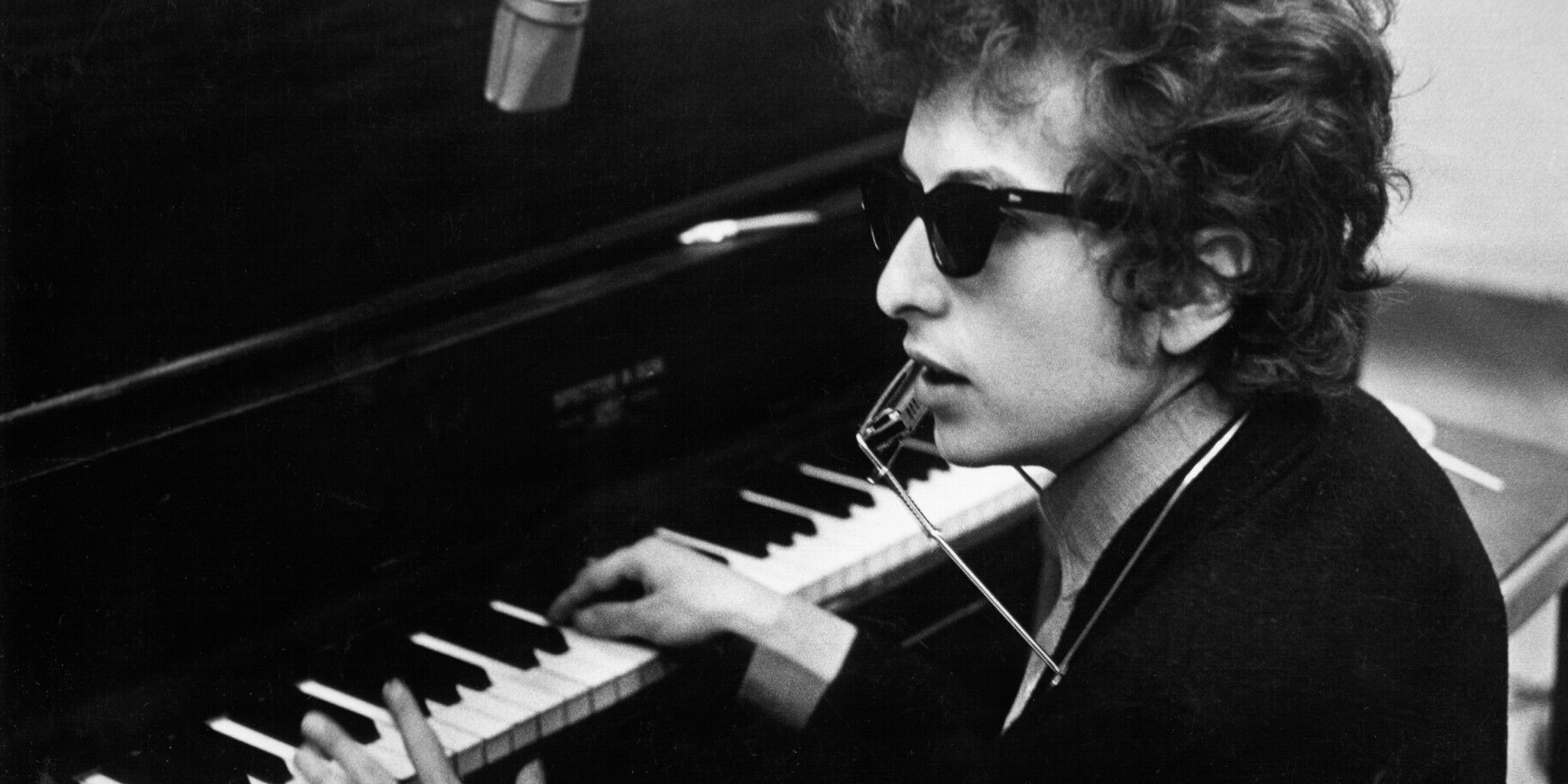 Forthrightly identified in the opening credits as “outtakes from Dont Look Back,” 65 Revisited is D.A. Pennebaker’s alternate portrait of Bob Dylan’s spring 1965 U.K. tour, drawn from the same vérité footage as its canonic predecessor. Where the original was defiantly not a concert film, but a chronicle of the astonished hubbub surrounding the first hipster folksinger, the follow-up’s treasure lies with seven intact live performances, from the cascading word squall of “It’s Alright, Ma” to the sly vernacular wit of “If You Gotta Go, Go Now.” In the offstage episodes, Dylan’s sparring with the press is less feisty than evasively playful (to a question about his income, he grins, “I get paid by the rabbit fur”), he zealously pecks at his typewriter in hotel rooms, and humors worshipful kids at stage doors, on the street, and from his limo, dandily toting a goosehead cane. On the periphery, Joan Baez croons trad ballads and sphinxlike manager Albert Grossman chats with Nico about whether hair ribbons look foolish. The odd match of the star’s casual, pre-media-saturation support staff and the polite distance of his British hosts culminates in Dylan, backstage at Royal Albert Hall, exclaiming, “They shut off all the lights!” “That means it’s time for you to sing, man,” deadpans his road chief. Taken together with Dont Look Back (as it is on the mother doc’s New Video two-disc release of last winter), Pennebaker’s black-and-white, low-light memento of its subject in his pre-rocker limelight likes to sidle up to him when he’s shopping for a mod coat in Newcastle, but takes a transfixed ringside seat for his hushed, conquering gigs. As part of this season’s revival of Bobmania, 65 Revisited confirms the icon as a willing confessor of the calculation in his rich mythos. Asked if rolling out a piano in mid-show would seem gimmicky, Dylan responds, “I present my own thing, which is a big-enough gimmick.”

Not Quite There: Todd Haynes’s I’m Not There