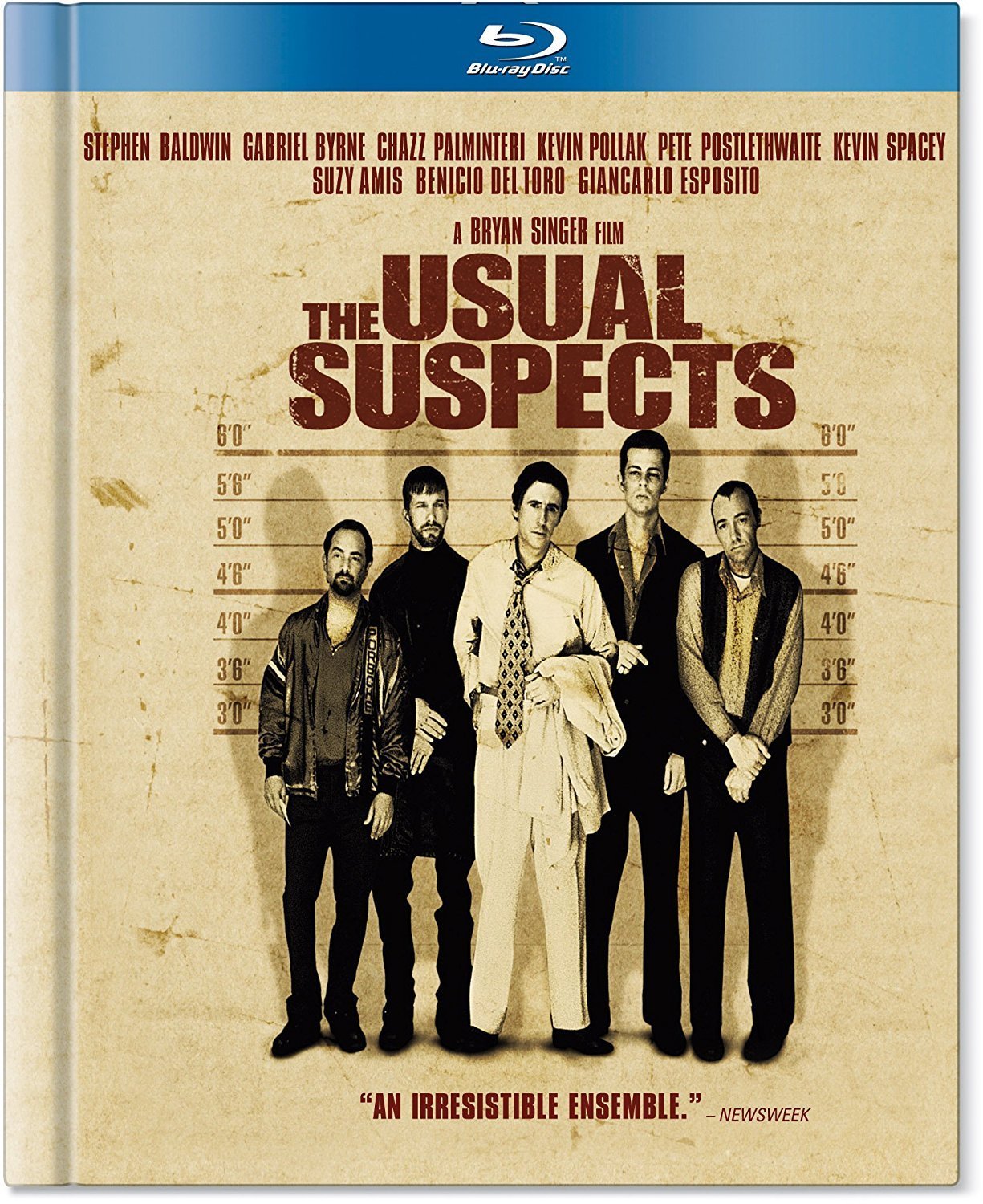 Everyone has their demons in Bryan Singer’s The Usual Suspects, and many of the character attach their fears and flaws to figures with the air of myth. The members of the eponymous crew—five criminals pulled into a metropolitan police station to be questioned about a hijacked truck full of auto parts—each have their unique specialties and proclivities, but they shudder collectively when the name Keyser Söze is uttered. A vengeful, fearless, and brutal criminal kingpin, Söze largely exists as, to quote one hustler, “a spook story that criminals tell their kids at night,” but he carries the weight that the mafia might give Beelzebub; he seemingly has his hands in everything, despite the fact that no one has ever gotten a clear look at the guy or confirmed that he legitimately exists. For the titular group, Söze is a force not to be reckoned with, seeing as he’s able to summon a detailed account of all their shady deeds at a whim and set in motion ironclad plans to torture, molest, and kill their loved ones if they should get nervous.

Söze is inescapable, ruthless retribution incarnate for criminals worldwide, but Agent Kujan’s (Chazz Palminteri) demons have taken the form of a far more recognizable figure, namely Dean Keaton (a cool, brooding Gabriel Byrne), a lesser phantom of the underworld who has recently appeared to have gone straight. Singer, working from a script by Christopher McQuarrie and taking cues from Rashomon, stages a great deal of the action as flashback, filtered through the memory of Verbal Kint (Kevin Spacey in an Oscar-winning role), a low-level con artist and member (along with Keaton) of the eponymous crew. Verbal begins at the police lineup, wherein he meets Keaton, McManus (Stephen Baldwin), Hockney (Kevin Pollack), and Fenster (a brilliant Benicio del Toro), and moves methodically toward the bloody siege of a boat at the San Pedro harbor that left everyone, including his colleagues and a few dozen Hungarian gangsters, dead—presumably.

The idea for the siege, masked as an attempt to interrupt a deal for nearly $100 million dollars’ worth of cocaine, is brought to the crew by Kobayashi (the late, great Pete Postlethwaite), a man who claims to be Söze’s associate and lawyer. Stately and unerringly coy, Kobayashi is an adept schemer, and like every character in Singer’s film, he’s not what he seems. Even Kujan brags about his connections to a metropolitan crime kingpin, hinting at some questionable dealings and a shadowy past, but his darker impulses are never really explored, which is perhaps the biggest flaw in McQuarrie’s script. The difference between notorious, sadistic crime lord and reformed career criminal is hard to distinguish in Singer’s film, especially in the cases of Keaton and Kint, but that palpable sense of ambiguity ends with those two characters and can only be gleaned in brief moments in the cases of the other characters. It delineates The Usual Suspects from being less a complex noir than a convoluted entertainment.

Nevertheless, the film remains an oddly successful entertainment, wonderfully paced and smartly edited to a point that it never feels like we are tapping our fingers waiting for the film’s mindfuck of a twist ending. At once both grossly overrated and snidely underrated, The Usual Suspects has the same distinction as M. Night Shyamalan’s The Sixth Sense in being a film that’s remembered largely for its final 10 minutes, but in both cases the ending is essentially one of the least interesting things about it. Does it really matter who Keyser Söze really is—or, more pointedly, if he even exists? Of course not, but the fact that the question is answered doesn’t ruin the film or measurably dilute the film’s haunting aftertaste.

Aided immeasurably by John Ottman, who both edited the film and provided the lingering, devious score, Singer certainly shows a knack for the cynicism and menace inherent in film noir, but he simplifies the moral struggles that built such magnificent tension in the best works of the genre, not to mention the madness that typifies the true masterpieces both old (Kiss Me Deadly) and new (Memento). (In fact, Singer’s work as producer and sometimes writer-director on Fox’s House M.D. shows a far more keen understanding of the genre’s benchmarks and how to explore them further.) Singer’s indulgences in the darker proclivities of the human psyche may have given him more street cred off the bat, but The Usual Suspects is very little more than a promising breakthrough film, promise that still hasn’t been fully realized.

Here’s a situation that is quite problematic. MGM has done a great job bringing The Usual Suspects to Blu-ray, but the 1080p/AVC-encoded transfer is no different from the Blu-ray MGM released over four years ago. So, it’s a bit of a swindle, but the product itself is still solid. Colors, especially greens, reds, and blues, are vibrant, and blacks are perfectly saturated. Detailing is rather astonishing: Face definition and clothing have been considerably updated from the DVD release of the film. There are minor signs of processing, and the image lacks natural-looking film grain, but the presentation is otherwise exceptional. The audio features a magnificent balance, which is important with such a cluttered sonic landscape. John Ottman’s diabolical score is mixed wonderfully with heavy ambient noise and effects, while dialogue is crisp and out front.

The pointless digibook and trailers for other movies is all that is offered.

Overpraised though it is, Bryan Singer’s twisty breakthrough is still worth a look on Blu-ray for both its minor, diabolical pleasures and the solid job MGM has done on the transfer.