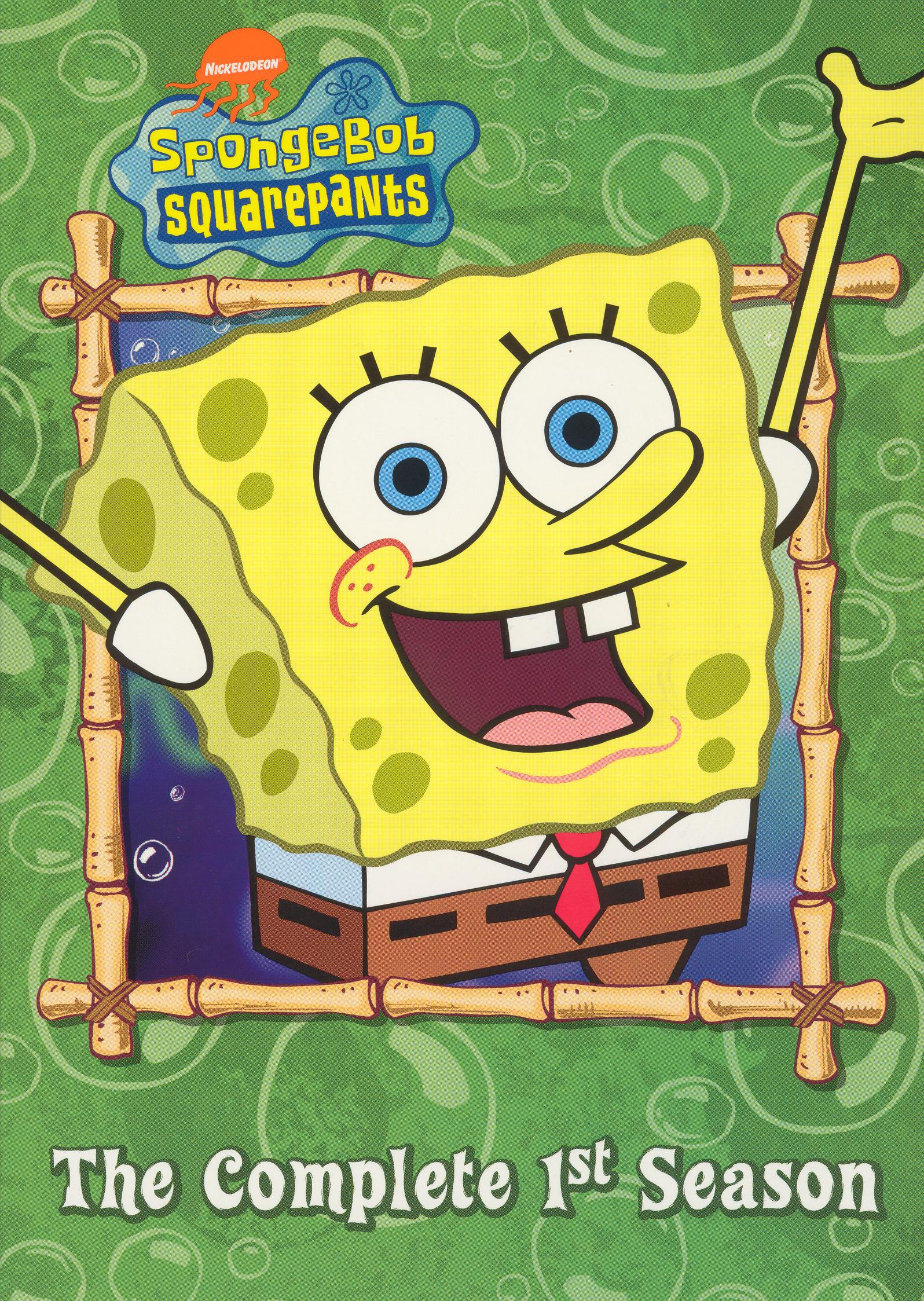 It takes a while for any show to find its voice. If this complete first season DVD set of SpongeBob SquarePants is any indication, the creators of the hit Nickelodeon toon struck gold quicker than most. Collected on this three-disc set are the first 40 episodes of the show. About six episodes in, the whole of Bikini Bottom was already saturating SpongeBob’s bipolar insanity.

The worst episode is the first: the near-silent “Reef Blower,” which features SpongeBob ruining Squidward’s quiet afternoon with his new high-powered cleaning tool. Tom Kenny’s voice work can save any episode, and while “Tea at the Treedrome” is enlivened by the perpetual sight of a dried-up SpongeBob trying to soak up water inside Sandy’s house, the episode more or less exists to introduce us to the transplanted squirrel.

As far as introductions go, “Plankton” is one of the best (by episode’s end, the titular terror is diagnosed as “1% evil, 99% hot gas”). Disposable entries like “Bubblestand” and “Ripped Pants” (which features a curious moral tag at the end) hint at the show’s signature panache for repetition, which is all over Patrick’s laughter and SpongeBob’s need for attention. The strangest episode? That would be “Hooky,” which cuts between Bikini Bottom and scenes with Jim Jarmusch fishing with John Lurie from the latter’s TV series Fishing with John.)

Rather than list every episode included on this set, we’ll focus on the crème of the crop. From disc one: “Mermaidman and Barnacleboy” features the titular characters reworking their superhero buzz lines for geriatric-living and has Mermaidman freaking out whenever someone uses the word “evil” (notable line: “He’s absorbing it like some kind of evil sponge”); “Hall Monitor” casts SpongeBob as an “open window maniac” and ends on a meta high-note between Patrick and Bikini Bottom’s mysterious criminal mastermind; and the hysterical “Jellyfish Jam” evokes cheesy ‘80s synthesizer madness with SpongeBob and a group of jellyfish taking to the dancefloor.

And from disc two: SpongeBob drives Squidward crazy and inadvertently forces him to compete for Mr. Krabs’s “Employee of the Month”; Plankton thinks he’s having some “F.U.N.” (killer question: “You know how to induce thermonuclear fusion?”); and a maniacal SpongeBob innocently convinces Squidward that “The Paper” from a discarded candy is a gold mine of entertainment. And from Disc 3: SpongeBob is tortured by “advanced darkness” and public transportation on “Rock Bottom”; Patrick and his best bud put on a killer Southern drawl on “Texas”; SpongeBob fails hysterically at Assertive Training on the twisted “Walking Small”; and SpongeBob has a conversation with his tongue on the even stranger “Fools in April.”

Like the SpongeBob SquarePants: Christmas DVD released last month: sounds good, looks perfect. Well, not exactly. Just as the show got better with every episode, so did the animation. Example: Compare the vibrant reds and chocolate browns of “Valentine’s Day” with the duller color palette of “Tea at the Treedome.” No biggie though.

On “The Origin of SpongeBob SquarePants,” show creator Stephen Hillenburg traces the evolution of the show from its early incarnation as a comic titled “Intertidal Zone.” The crew reminisces on the show’s visual writing, pitching stage, editing and working environment on “Recollections from the First Season Crew” and you get to see the voice talent fool around on “Everybody’s Talking: The Voices of SpongeBob SquarePants.” (Most interesting: ex-“Coach” star Bill Fagerbakke reveals how he wanted to channel a little bit of Shelly Winters into his Patrick character.) “The Bikini Bottom’s Up Tour” is a pretty mundane virtual journey. Certainly it’s more useless than “In the Key of Sea: Krusty Krab Karaoke,” which allows you to sing along to four songs: “The F.U.N. Song,” “Ripped Pants,” “Doing the Sponge,” and the show’s theme song. A background artist shows us how he does his job on the nifty “Drawing the Goo Lagoon,” and “SpongeBob’s Life Strategies” offers seven lessons we should all learn to live by. Also included here is a Violent Femmes performance piece, music videos for “Scaredy Pants” and “Dancin’ Pants” as well as previews for other SpongeBob SquarePants videos.

“I guess grandpa SquarePants was right: don’t chase after a bus, especially one that’s going up at a 90% angle.”

Review: The Work of Spike Jonze on Palm Pictures DVD