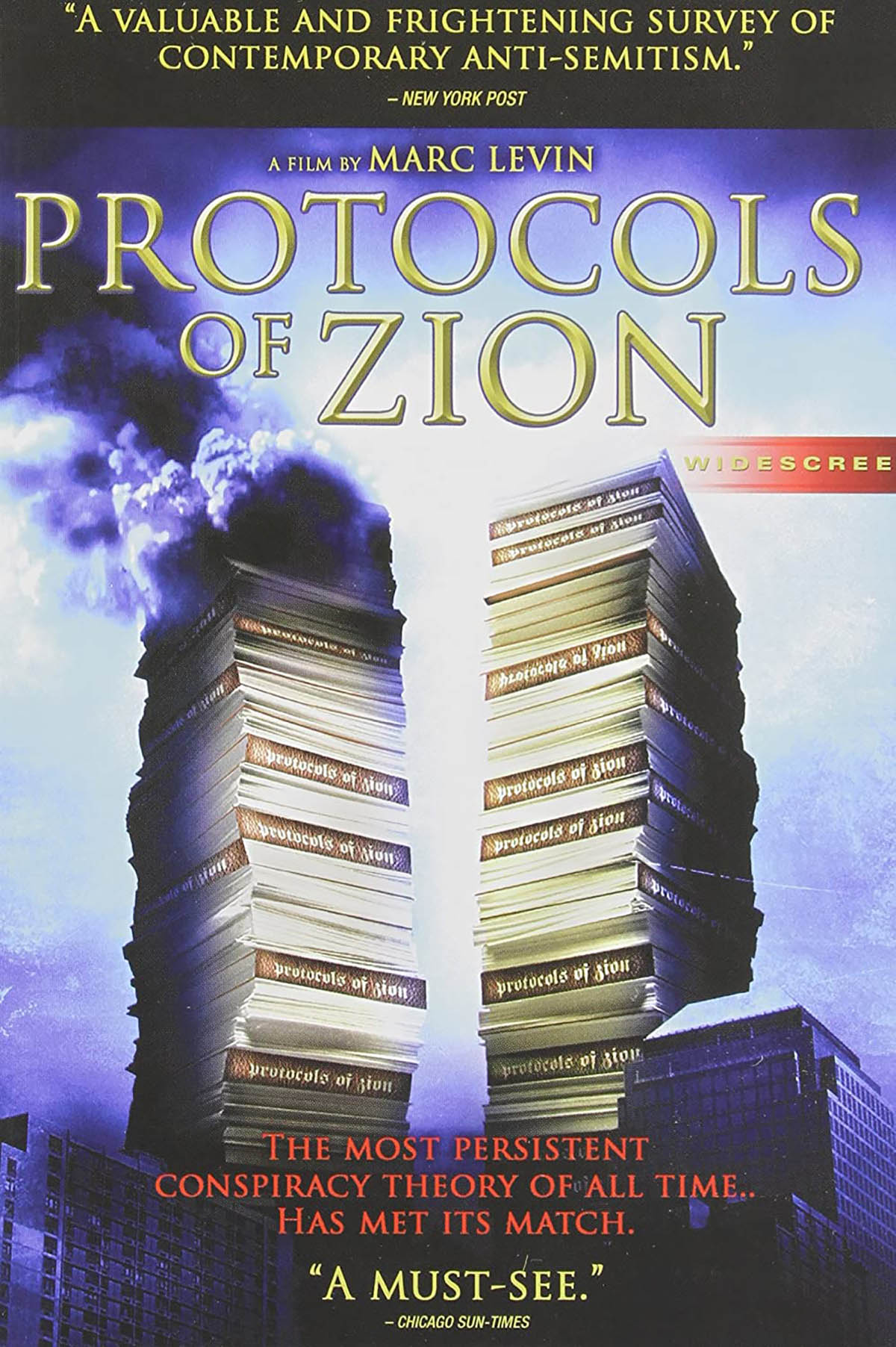 With global anti-Semitism on the upswing, Slam writer-director Marc Levin investigates the bible of Jewish slander in Protocols of Zion, a documentary that looks into the origins and contemporary influences of The Protocols of the Elders of Zion. Written in late-19th century Russia and later championed by Hitler, the book—condemned in the film as “the oldest recorded bigotry in history”—is a fancifully hateful tome that purports to be the transcribed minutes of a secret meeting between Jewish leaders in which they discuss their plans for world domination. Preposterous beyond belief, the volume (available at Walmart, no less) nonetheless continues to be an international bestseller, a fact that Levin came to realize in the wake of 9/11 when he met an Egyptian cab driver in Manhattan who cited the book as proof that Jews had known about the World Trade Center attacks beforehand (and thus had successfully evacuated all other Jews from the buildings before they collapsed). Himself a Jew whose ancestors faced severe prejudice after emigrating to the U.S. in the 1930s, Levin was motivated by this chance encounter to record his personal cinematic examination of anti-Semitism’s various strands, from the repugnant idiocy spewed on the sidewalks adjacent to Ground Zero (highlighted by a man who slams not only Jewish NYC Mayor Bloomberg, but also “Jewliani”), to the cheesy Middle-Eastern TV movies based on Protocols that depict Christian children being murdered so their blood can be used for matzoh production, to the violent opinions of Palestinians living in America. By making his own on-the-scene inquiry the film’s unifying thread, Levin brings a personal intimacy to his subject even as it becomes clear that the explosive, multifaceted issue is just too unwieldy for a scattershot 93-minute documentary to properly handle. Furthermore, his clear-sighted arguments somewhat suffer from a profusion of scenes in which the director argues with random street-side strangers (some uninformed or just plain insane) about their outrageous beliefs. Still, though it lacks focus—is the film ultimately about post-9/11 anti-Semitism? Or historical hatred? The Israel-Palestinian conflict? Or simply the titular book itself?—Protocols of Zion powerfully conveys the despicably fictitious ways in which scapegoats are manufactured, and the method by which irrational blame-games fuel mass intolerance.

The image is better than you might think—only intermittingly muggy, with edge enhancement and unattractive edges a minor distraction. The surround track is fine-dialogue is all that matters here and every word comes through loud and clear.

Two never-before-seen interviews (with James Carroll and Will Eisner), an eloquent question-answer jam session with director Marc Levin after a screening of his film at the Boston Jewish Film Festival, a timeline of The Protocols of the Elders of Zion, and a number of theatrical trailers.

Marc Levin’s film isn’t a masterpiece, but it’s something to stick up the ass of anyone who believes in The Protocols of the Elders of Zion.

Catching Up, Part 1: American Gangster, Mr. Untouchable, & We Own the Night