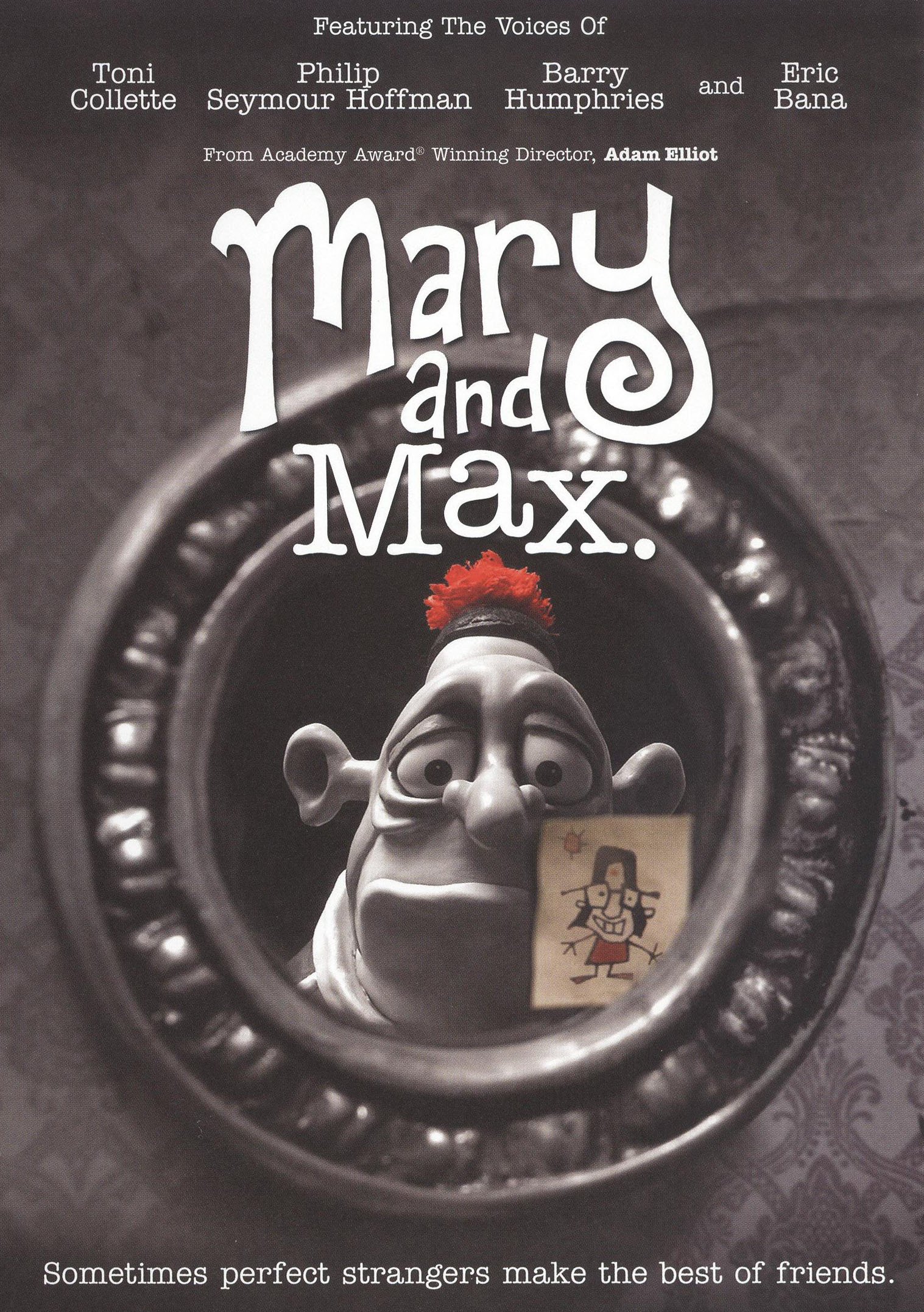 There are a myriad of reasons why Mary and Max, the long-awaited full-length animated feature from Adam Elliot, didn’t receive its just praise last year, none of which are very convincing. In a year that saw Pixar handle regret and death (Up), Phil Lord and Chris Miller buoyantly adapt a children’s favorite (Cloudy with a Chance of Meatballs), and Wes Anderson doing both better (Fantastic Mr. Fox), all in the name of animation, a unique work the likes of Mary and Max should have enjoyed, if not Coraline levels of praise, at least as much attention as bona-fide clunkers like 9 or The Princess and the Frog. But alas, regulated to a VOD release, Elliot’s downtrodden, highly imaginative fable of two friends separated by continents and decades of life became something of a cult item.

The fact that Mary and Max, made through the art of claymation, didn’t strike major studios as a cash cow is not surprising given the titular oddballs that Elliot has dreamt up. Split between Australia and New York City, the film begins, under the narration of Barry Humphries, with a surveying of Aussie preteen Mary Daisy Dinkle’s neighborhood, replete with frowning birds and confused, humping puppies. Mary, voiced initially by Bethany Whitmore, lives in a home ripe for disillusionment: Under the not-so-watchful eye of her alcoholic, thieving mother (Renée Geyer) and her glum, taxidermist father, she is without a single friend unless you count her gloomy pet rooster and the small collection of homemade toys from her favorite television show, The Noblets.

The Noblets, a group of sexually ambiguous whatsits, are also a favorite of Max Jerry Horovitz, voiced by Philip Seymour Hoffman in another bracing reminder of his versatility, a severely obese, Jewish New Yorker who suffers from intense anxiety attacks and Asperger syndrome. A track-suit-adorned legitimate headcase, Max just happens to be the name Mary picks out in a phone book and decides to write to on one particularly lonely day. This letter, packaged with a chocolate bar and a drawing, sparks 20 years of correspondence between the two friends.

The world that Elliot has created for Mary and Max, colored by blacks, whites, grays, browns, and a few splashes of red, make the alienated worlds of Harmony Korine and Todd Solondz seem closer to exhibits that might be found in a Six Flags theme park. Suicide and death are rampant; diseases and disorders are commonplace; drugs and alcohol are necessities; good intentions are read as outright threats and faith is completely betrayed. Even the fucking animals look confused and nervous! Yet Elliot suggests that Mary’s naïveté and Max’s Aspergers allow both of them a certain innocence in this world, maybe even optimism.

That optimism stays with Mary as she grows up (voiced now by Toni Collette), marries her Greek neighbor (Eric Bana), and becomes a celebrated aficionado of mental illness. Back in the Big Apple, Max wins the lotto, buys a lifetime supply of chocolate, and gives the rest to his blind neighbor. What the film negligibly lacks in narrative drive, it makes up with a vast array of character nuances and a joyfully beguiling use of imagery; it’s nice to see such ambitious camera work in such a small, animated film. The sight gags are plentiful and, though undeniably twisted, the cumulative emotional heft of Elliot’s work here is ultimately quite hopeful.

As in his Oscar-winning short Harvie Krumpet, Elliot pushes the bleak worldview to highlight small triumphs and perseverance and actually bothers to put things at stake for this ostensibly delicate relationship that Mary and Max share. In narrative terms, Mary and Max is indeed classically inclined but by intensifying certain themes and flipping others, Elliot gives his film gravity and adds a very personal stamp on a genre known for hiding its directors. Plagued by suicide attempts, constant tragedy and a gloomy pallor, Mary and Max is most surprising in the odd vitality it covertly deploys.

Mary and Max’s color palette stays close to sepia tones and grayscale, with a few momentary dollops of bright red (Max’s fuzzy hat top, the characters’ tongues), which makes the aesthetic seem a bit muddy. Nevertheless, this solid transfer gets the details of the scenes right and there are very few moments where Mary and Max could be accused of looking dull. The sound design is done justice—all the minimalist groans, splashes, chirps, and creaks are clear as a bell—and a few negligible balance problems with the soundtrack aren’t distracting.

Adam Elliot’s dry wit is pervasive throughout Mary and Max and it’s nice to see that this unique sense of humor extends to the extras. The writer-director gives a funny and informative audio commentary and a set of hilarious making-of episodes reflects the sardonic tone of the production. The big prize here, however, is the addition of Elliot’s Oscar-winning short Harvie Krumpet. This Geoffrey-Rush-narrated tale of the titular Tourrette syndrome sufferer is a wonderful introduction both to Elliot’s sensibilities and to Mary and Max’s specific tone. A short but intelligent behind-the-scenes featurette highlights the technical side of the impressive camerawork.

On DVD after an unsatisfactory VOD run through IFC, Adam Elliot’s disarming Mary and Max should now finally be included in the list of recent animated films that deal head-on with bleak adult themes and yet bring out a wide-eyed wonder in their imaginative aesthetic.

DVD Review: Powell and Pressburger’s The Red Shoes on the Criterion Collection