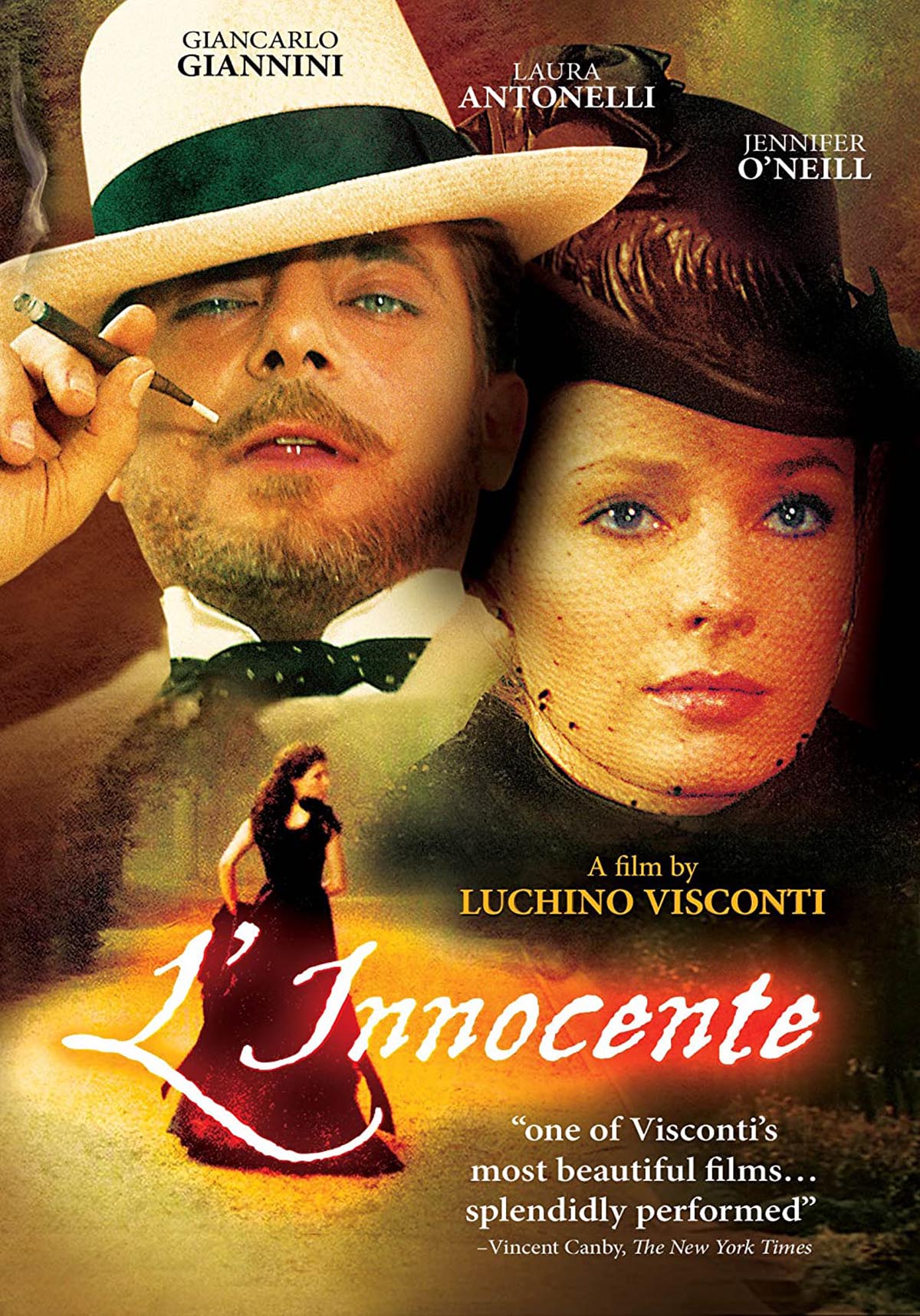 Coming after the dissolute wackiness of Ludwig and the cavorting valedictory of Conversation Piece, Luchino Visconti’s swan song L’Innocente is something of a genteel and stately affair. Tullio (Giancarlo Giannini) is a jaded aristocrat in late 19th-century Italy, a Byronic brooder whose melancholy both torments him and makes him feel alive: “An ill person who rejoices in his own illness” is how he’s described by his neglected young wife Giuliana (Laura Antonelli), who struggles to keep up a cool façade as he casually ditches her at a concert to visit his mistress, the widowed Countess Teresa (Jennifer O’Neill). Tullio’s interest in Giuliana is reawakened upon discovery of her fling with a handsome writer (Marc Porel), yet his newfound passion is tested when she gives birth to an illegitimate son. If Burt Lancaster’s Prince of Salina in The Leopard was a classical man witnessing his world vanishing into modernity, Giannini’s Tullio is a modern man trying in vain to detach himself from classical morals through atheism, hedonism, and a last, monstrous act against innocence. Reportedly directing from a wheelchair, the dying Visconti suppresses his penchant for heightened dramaturgy in favor of languid severities that, thanks to expressive sequences such as Tullio and Giuliana’s elegiac visit to the villa where they fell in love, stay on the right side of Merchant-Ivory stodginess. The maestro’s fastidious fixation on sumptuous décor remains intact, however, with the camera doting on the way a noblewoman’s veil is pinned in place and lingering on the dozens of contrasting bearskins that cover a couch. While marveling at the scarlet velvet wallpaper, Visconti regrettably fails to realize that Giannini in fin-de-siècle frock coats looks like a mildly hung-over gigolo who got off on the wrong floor. (By contrast, Italian softcore queen Antonelli is sexy and delicately touching.) L’Innocente is a peculiarly adagio note on which to close a career with so many fortissimo gestures, though, by exploring the desires seething under society’s lacquered surfaces, it proves also to be a fitting one.

The film’s opulence is seriously dented by Koch Lorber’s shaky transfer. Colors alternate between too dark in interior scenes and slightly faded in outdoor passages, with sporadic but noticeable scratches. The mono sound is tolerable, but far from robust.

Screenwriter and longtime Visconti collaborator Suso Cecchi d’Amico, still feisty at 95, discusses her career in an 80-minute interview that plays like a veritable timeline of Italian cinema, ranging from early “white telephone” comedies to neo-realism to what she calls today’s bankrupt movies. A text-only description (no trailer!) of Ludwig is the only other extra.

An adagio finale for a fortissimo career.