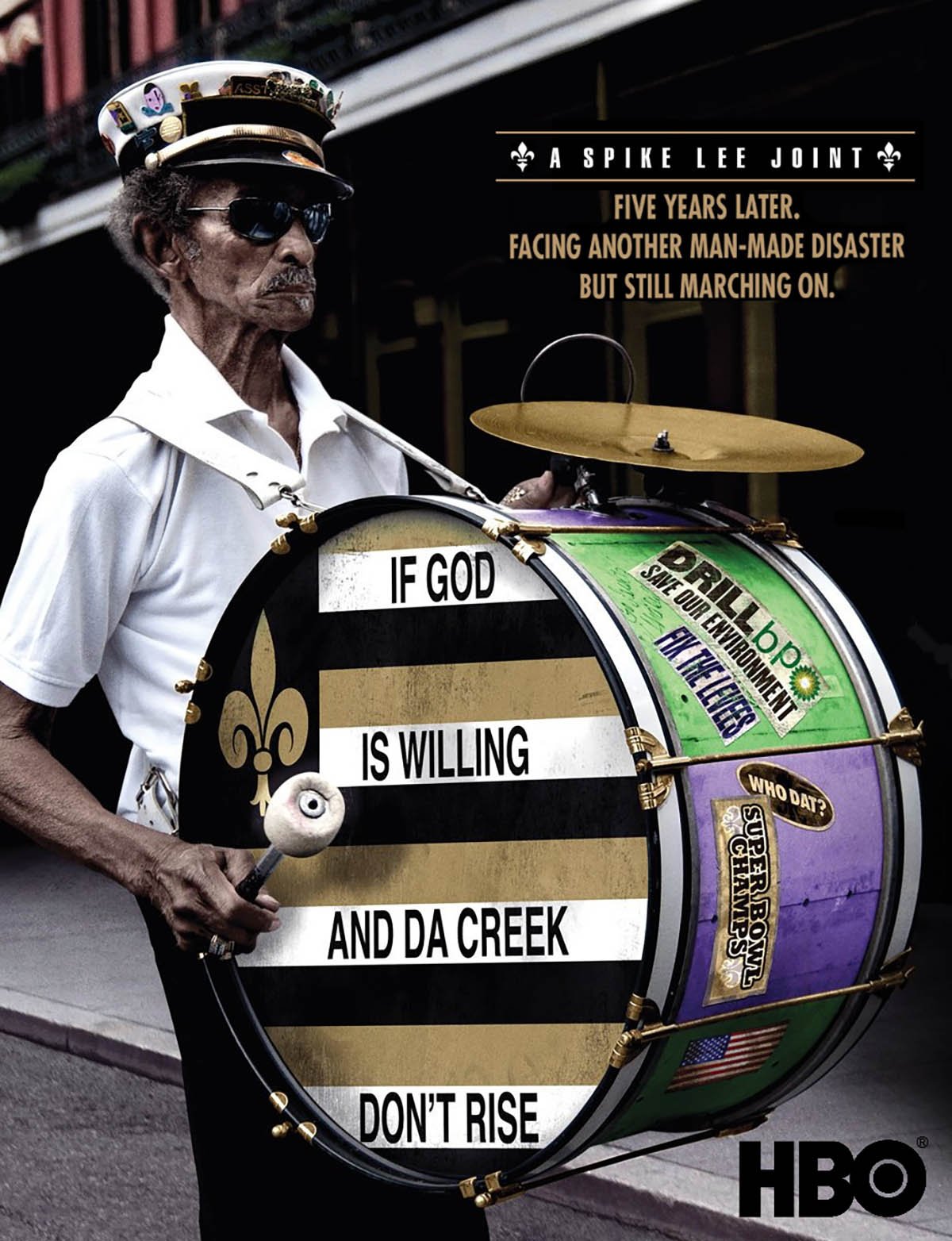 Five years after Hurricane Katrina exposed the apathy of a neoconservative government toward those on the lower runs of the economic ladder (as if such wasn’t already apparent), New Orleans once again became the poster child for a broken society in which deregulated business runs amok and capitalism continues to squeeze the life out of anything and anyone it can get its hands on. The failure of the levees was an unprecedented blow to America’s most eclectic city, but the BP disaster—from the initial rig explosion and months of leaking oil to the ensuing media cover-ups and hindsight revelations about safety regulations blatantly disregarded in the name of short-term profits—will likely go down as the example of modern capitalism-cum-cannibalism, its environmental, economic, and humanitarian ramifications likely beyond our full comprehension for years, if not decades, to come.

Less a follow-up than a companion piece to Spike Lee’s 2006 opus When the Levees Broke: A Requiem in Four Acts, If God Is Willing and Da Creek Don’t Rise sees the gadflyish filmmaker continuing to give voice to those most immediately affected by these travesties. The montages that open each half of this miniseries, set to Terence Blanchard’s theme from Inside Man, are fashioned in same the didactic vein of affected filmmaking that’s been typical of Lee’s work since his underrated 2002 joint 25th Hour, but that’s about the extent to which the director makes his presence known here, save for the occasional off-camera question or response to his interview subjects. Like When the Levees Broke, his focus here is almost entirely on his subjects—their faces, their stories, and the collective anger, heartache, and fear manifest in them. The majority of the series is composed of interviews with dozens upon dozens of Louisiana residents, political figures, and other authorities with a hand in the New Orleans cleanup, woven together to create a vast web of sorrow, pity, and corruption. If the cumulative effect isn’t quite fire-and-brimstone rancor, it’s because bearing witness to such expansive injustice is, perhaps unavoidably, nothing short of exhausting.

If God Is Willing opens with the jubilation surrounding the New Orleans Saints’ 2010 Super Bowl victory, an event of seemingly divine status; unsurprisingly, it’s all downhill from there. Filmed in the months before the BP disaster, Lee originally intended his film to bear witness to the city’s struggle to get back on its feet, the well-known events that followed necessitating a return to the city for additional footage. The result is a work that feels somewhat cleft in the middle, if necessarily so; Lee doesn’t fashion the material in linear fashion, so unlike the devastating circumstances that gripped the creation of Dear Zachary: A Letter to a Son About His Father, If God Is Willing occasionally seems to lose focus (particularly during the first half of part two) as it meanders from story to story. More than just a lack of closure, the sense that the film remains effectively unfinished is only appropriate given the justice that remains to be dealt out to the elites who piss on the disempowered in the name of personal gain. New Orleans feels their sting more than most, but it remains a failure of justice we all pay for dearly, daily.

Since the human face is the most recurrent image in Spike Lee’s documentary, it’s a relief that this transfer features such an excellent representation of skin tones, and the only flaw I noticed was the occasional instance of combing on a plaid shirt or the like. Sound is less prone to ravish, but Terence Blanchard’s score reverberates satisfyingly and dialogue is crystal clear, especially the trademark, Spike-approved rants, particularly the one that opens part one and the anti-BP diatribe about halfway through part two.

Anyone whose ever listened to one of Lee’s commentary tracks knows the director tends to wing it, and his feature-length observations here are as shapeless and inconsistent as one might expect. Much more satisfying is the hour-long featurette “Pickin’ Up Da Pieces,” which seems to consist of material that didn’t make it into the final cut for purposes of length. Some of the material is redundant, but it nevertheless proves an excellent, gripping companion piece to the film.

A moving testament to human resilience in the face of unimaginable failure of government. Let us pray that Spike needn’t return to the city for a third outing.