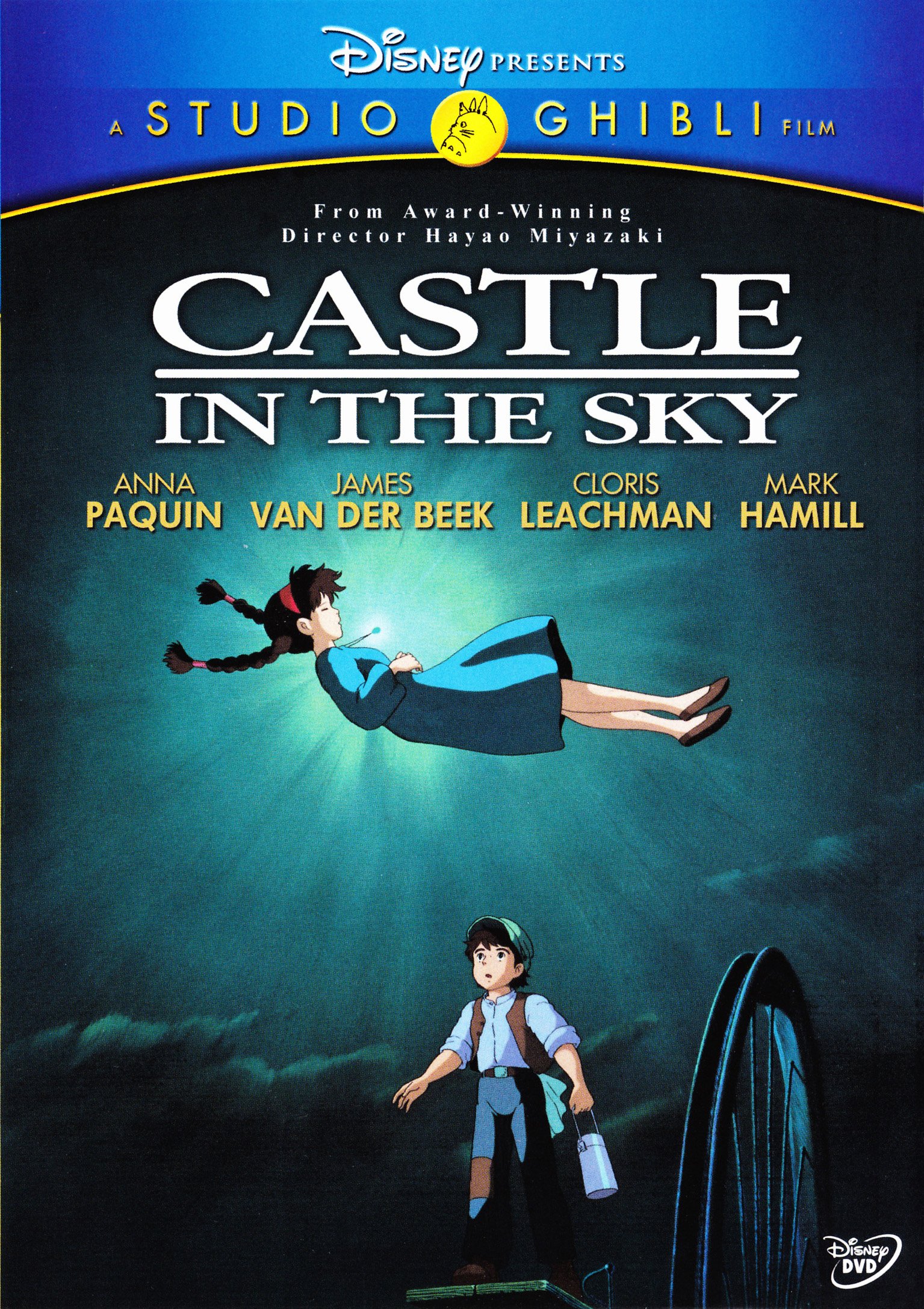 Castle in the Sky is more beholden to formula than we now expect from Japanese animation maestro Hayao Miyazaki, but the dreamy brilliance of his later pictures was already beginning to take shape here, and the picture still has a marvelous swiftness of invention that shames contemporary sci-fi action extravaganzas such as the newer Star Wars films, Sky Captain and the World of Tomorrow, and, yes, Avatar. Most filmmakers lurch from one tone to the next—action here, comedy there, with a handy, usually hypocritical, ecological capper to send everyone out of the theaters feeling productive. Castle is an adventure picture firstly and mostly, but Miyazaki’s concerns with the fragility and wonder of our less tangible surroundings haunt the picture without overpowering it.

Miyazaki, even three pictures in, can land his blows softly. Amid the adventure, lovely retro stuff with pirates and various war-crafts battling it out in the blue skies, lies chilling little details that linger after the picture is over: a miner’s defeated regret over a lost mineral, a bad guy’s disgust with the beautiful labyrinth of flowers growing up around an ancient weapon, the titular floating island’s emergence from the clouds. The details of the world give Castle texture and originality.

The proper story is a traditional tale of young innocents (Miyazaki would be famously less sentimental with his lead in Spirited Away) caught up in something beyond their scope of understanding. Castle follows Sheeta and Pazu as they dodge a variety of shadowy organizations intent on securing Sheeta’s glowing necklace, which possesses various powers that are largely undefined until the end. The first act has a beautiful economy, devoid of the self-pity of many American adventure films; Miyazaki never pities the young Pazu for his presumably hard lot in life (he’s a miner as well), nor allows him to pity himself. Pazu is tough and naïve in roughly equal measures, and his willingness to drop everything for an endangered beautiful girl is charming and unforced: a springboard for the wilder plot turns that follow.

Disney may be known (among many things) for their ability to recognize a cash-in, but their DVDs are, at least usually, a high-quality cash-in. This edition of Castle in the Sky, a re-release of the 2003 American dub, is more gorgeous than certain Blu-rays: The vibrant reds and blues and greens doing full justice to Miyazaki’s endangered wonderland of hovering butterfly helicopters and glowing orbs and ancient vines. The sound is fully immersive and subtle, with many of the lower ambient sounds reportedly added to give the picture’s slower moments implication of activity. That’s amusing, but not damaging; Miyazaki’s distinctive pace—a kind of full-throttle action contemplation—remains.

The most notable extra is “The World of Ghibli,” which is divided into two halves: “Enter the Lands” and “Behind the Studio.” “Enter the Lands” is basically a series of trailers for other Miyazaki pictures—with a more interactive menu reminiscent of Nintendo to draw in the kids. It’s cute for a few seconds. “Behind the Studio” is more for the adults, with interviews with Miyazaki, producer Isao Takahata, and composer Joe Hisaishi. While these segments are pointlessly chopped up to foster an illusion of “interactivity” (they are six or seven featurettes that could’ve easily been one 40-minute supplement), they are surprisingly informative and mostly free of the mutually appreciative generalities that we’re accustomed to expect from most DVD extras. There are also storyboards and an introduction by Pixar frontman John Lasseter.

A beautiful presentation of an exciting, poignant, early Miyazaki picture that probably isn’t necessary if you bought the earlier release of the American dub.