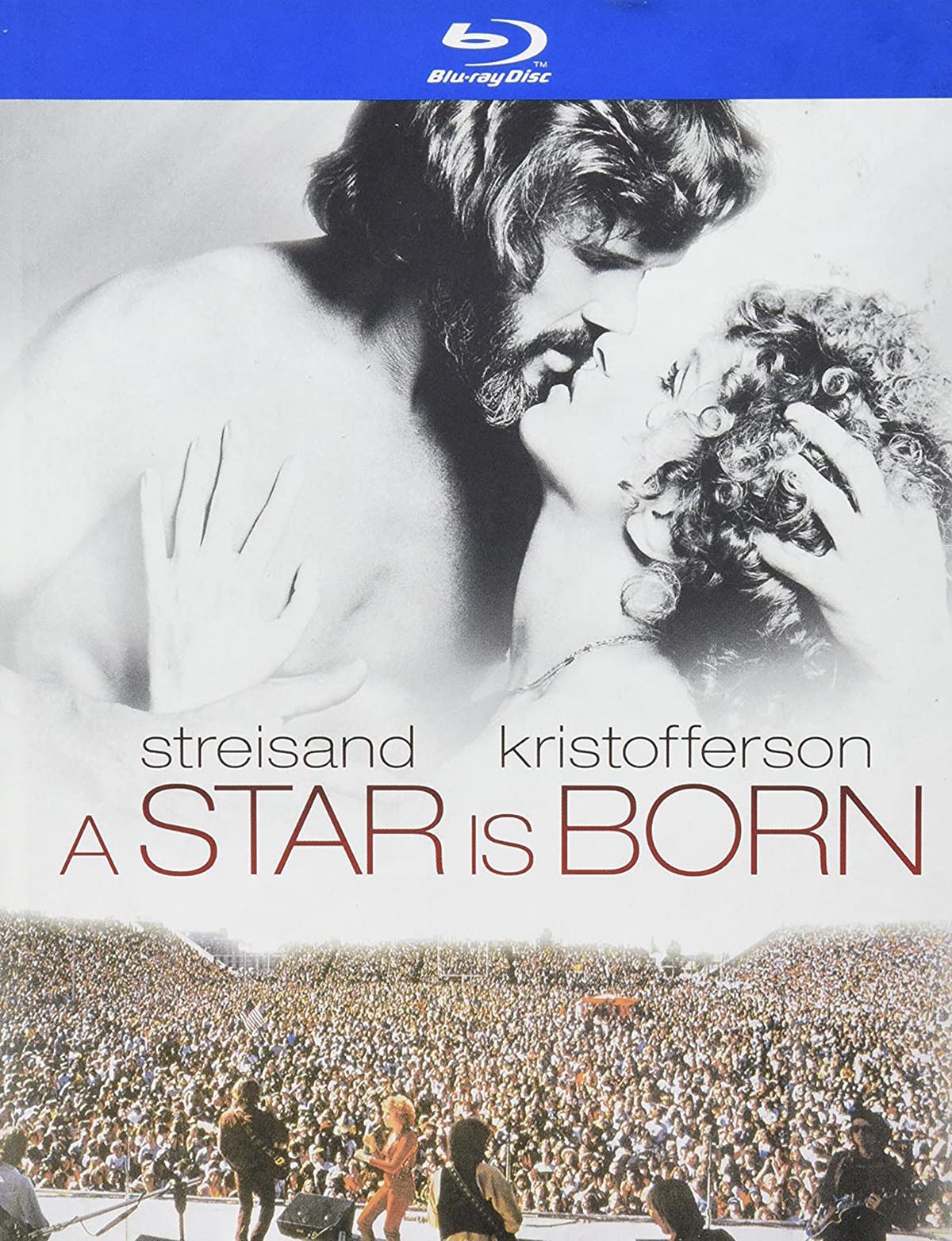 It’s hard to concisely explain the truly awesome wrongness of Frank Pierson’s 1976 retelling of A Star Is Born, the third film version of the story after George Cukor’s brilliant 1954 version and William A. Wellman’s splendid original. Surprisingly, the shift of focus from Hollywood to the music business is one of the lesser missteps, as it merely dissolves the prismatic analysis of the business of filmmaking that Cukor’s stunner made great hay of. And given the task of walking in the same footprints as James Mason, not to mention having the presence and skill of a popular musician, Kris Kristofferson is a shrewd choice for the secondary lead role, considering the best choice, Elvis Presley, refused to take it. Alas, a great deal of the fault to be found in this catastrophe is linked inextricably to its star, Barbra Streisand, and the careful, ever-nauseating steps that must be taken to ensure she never seems imperfect or, heaven forbid, vulnerable.

In taking over the role last inhabited (sensationally) by the late Judy Garland, Streisand literally dons herself the queen bee of Pierson’s film from the first moment we see her, singing “Queen Bee” with her tastelessly named lounge act, the Oreos, which includes Streisand’s Esther Hoffman and two black back-up singers. Her ability and forceful attitude attracts the attention of Kristofferson’s John Norman Howard, a famous rock star on the decline after years of cocaine and booze. They meet, have their first date at a speedway concert, and abruptly lose contact, only to coincidentally reconnect at a recording studio.

The film, in a sense, takes off when John Norman and Esther consummate their relationship with their duet of “Lost Inside of You” and some epically dull lovemaking. Soon enough, she delivers a breakthrough performance during one of his shows and becomes a national sensation, just as he finds himself on the outs with his road manager (Gary Busey) and his band. Narratively, this is, more or less, how the last two iterations went, but Pierson, for arguable reasons, gives nearly all the film’s action and more active dialogue to Streisand and effectively rendering Kristofferson’s character into a wet noodle.

So, this A Star Is Born for the disco era is indisputably a woman’s picture, sporting perhaps the most popular female entertainer of the day front and center. Streisand’s astonishing stardom powered the production of the film and, sadly, that’s evident from the very start. The actress’s attitude is that of someone who’s already made it and thus her struggles are about as involving as kicking a discarded tin can down the street. The script, co-written by Pierson and married writing team Joan Didion and John Gregory Dunne, works an intimate conversational tone that suggests the influence of Altman, but as each character slowly spins around Streisand like distant moons around their planet, it all registers as inconsequential white noise, with the possible exception of that bit about the strawberry douche.

Indeed, one would be tempted to agree with the many, including Pierson, who’ve dismissed A Star Is Born as a vanity project, but then one would be dismissing the occasional usefulness of vanity in the right hands. Rather, the film is equal parts “I Will Survive” and pop martyrdom, instigated by a star so enormous that she could likely bankroll the Department of Defense for the year of 1976 and still have money left over for the lovely hut Esther and John Norman build for themselves after they’re married. In this version, the entertainment business does nothing but count money, peddle drugs, and ignore talent, but does so without any sense of hyperbole or satirical good humor. The press, as embodied by M.G. Kelly’s seedy DJ, is shallow, unforgiving, ruthless, and mean, while fans are merely impatient nobodies.

Cukor’s film was about a star burning out and another about to go supernova, but it was also about addiction, rehabilitation, and the work that went into creating a film idol. The film’s very title was ironic in the fact that it’s clear that no star is simply born, but rather that they’re molded and shaped through tireless work by others. In Pierson’s version, there’s never one instance when we’re led to believe that Esther doesn’t have complete control over her station in life. There’s no sense that she’s ever made a mistake or regretted anything, and thus her character feels about as flesh-and-bone as Scrooge McDuck. So, by the time the inevitable tragic climax hits and Esther gets to belt out the extended version of “Evergreen,” there’s nothing left but Streisand’s insufferably false emoting. As befits Babs, hearing the world’s tiniest violin playing just for her wasn’t enough, unless it was presented in luxurious widescreen, helmed by a legend on her leash, shown in countless movie theaters worldwide, and then garlanded with Golden Globe and Oscar nominations and inexcusable wins. How’s that for concision?

As with most Blu-ray digibook releases from Warner Home Video, A Star Is Born boasts a very good video transfer. Colors are bold, textures of clothing and interiors (all of Barbra Streisand’s wardrobe, the vacant rooms of John Norman’s mansion) look great, and black levels are nice and inky. The picture has optimum clarity with a healthy dose of grain and shows no signs of digital manipulation or processing. The audio is nearly as good, though it doesn’t get the very most out of the surround treatment. Dialogue is crisp and clear out front, and the songs, especially the ones Paul Williams wrote for Streisand, sound fantastic mixed with the sound effects and Roger Kellaway’s score.

Your threshold for enduring Streisand will have great bearing not only on how you enjoy A Star Is Born, but how you take in the extras packaged with the film. Babs’s commentary track begins with some good information about the origins of the project, how the writers came aboard, and the budget of the project, but then she seems completely disengaged. Occasionally, she’ll drop in comments about scenes, but they all seem rather perfunctory, and her general distaste for Frank Pierson is hugely evident. She’s much better on her commentary for the deleted scenes, as she feels the need to explain what each scene depicts and how it would have fit into the film. The same can’t be said about the completely useless wardrobe featurette and the digibook essays, which aren’t worth anyone’s time. Trailers are also included.

Warner Home Video rolls out the red carpet for A Star Is Born on Blu-ray with a great A/V transfer and a solid helping of extras, proving they know full-well how to polish their turds.