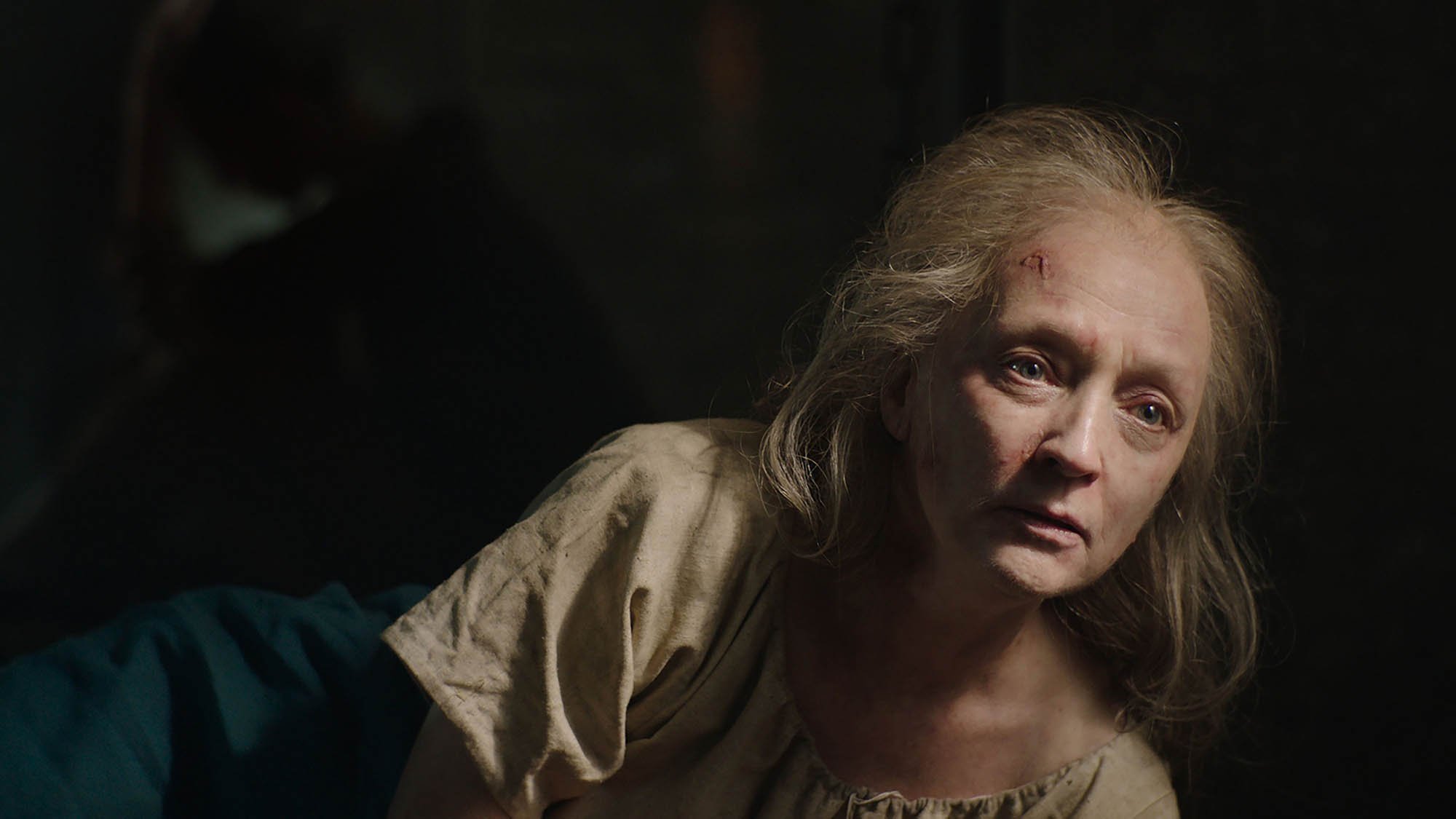 Season two of Hulu’s period drama Harlots seemed to trace the arcs of its female protagonists to their logical conclusions, with Madame Margaret Wells (Samantha Morton) fleeing London for America, the villainous Madame Lydia Quigley (Lesley Manville) committed to the Bedlam psychiatric hospital, and Margaret’s daughter, Charlotte (Jessica Brown Findlay), ascending to the role of “bawd” of the Greek Street brothel. These developments presented the writers with an opportunity to expand the show’s world, but while season three introduces new players to its gritty London backdrop, Harlots is ultimately content to luxuriate in the well-established tension between its central characters.

With Margaret and Lydia in exile, the season’s early episodes focus on Charlotte’s budding rivalry with a pimp named Isaac Pincher (Alfie Allen), who’s aggressively claiming territories in London. Perhaps because the slick, unctuous Isaac is so easily detestable, these episodes lack the knotty moral dynamic that the show previously derived from the strife between Margaret and Lydia. The two veteran madams are more nuanced characters than either the sympathetic Charlotte or the plainly villainous Isaac, and when Charlotte, ambitious but ultimately kind-hearted, attempts to outmaneuver Isaac, Harlots assumes a didactic pose.

The series has always focused on women struggling against a patriarchal system, and the conflict between Charlotte and Isaac renders the show’s overarching theme in literal terms. The writers do attempt to imbue their relationship with intricacy by adding a romantic layer, yet as Isaac’s actions toward Greek Street become more violent, Charlotte’s attraction toward him, which is merely unexpected at first, becomes inexplicable.

While these episodes don’t provide the show’s most nuanced character portrayals, they feature enough soapy excitement to hold the audience’s attention until Margaret and Lydia reemerge in London. The cat-and-mouse conflict between Charlotte and Isaac leads to a number of memorable set pieces, including a typically playful and bawdy one in which the women of Charlotte’s Greek Street brothel raid Isaac’s tavern for gold. Each episode is punctuated by a cliffhanger, including a cataclysmic event in episode three which signals an impending paradigm shift for Harlots. As the plot twists accrue, palpable chemistry emerges between Findlay and Allen, with the actors toggling between archness and sincerity to characterize the underdeveloped romance between Charlotte and Isaac.

While the initial episodes suffer some narrative foundering, season three retains the show’s campy flourishes, including an upbeat, anachronistic score and intentionally stagey performances. Findlay, Allen, and the rest of the cast loudly betray their characters’ emotions, contributing to both the show’s bubbly soapiness and its sympathetic view of its characters. The harlots aren’t cowed sex workers, driven to secrecy; as ever, they’re brazen and proud. The show’s vivid costume design provides bursts of color, and informs our perception of characters: Consider the transformation in Lydia’s wardrobe as she reenters society, or the way her sad-sack son, Charles (Douggie McMeekin), is draped in drab and subtly frayed jackets.

Certain scenes last mere seconds before the narrative shifts to other characters, and the whirlwind pace contributes to an overall breeziness that makes Harlots, despite its poignant and occasionally disturbing material, so easy to digest. The series cycles through surprising plot twists, ribald humor, and glimpses of cruelty, while maintaining a focus on the precarious state of its characters’ lives. And because the show’s world remains characterized as much by cheer as danger, its horrifying moments are thrown into stark relief. In particular, the climactic catastrophe in the season’s third episode reminds the audience that no one in Harlots is safe from harm—and that old grudges die hard.

Review: Season Three of GLOW Offers a Multifaceted Vision of the ‘80s