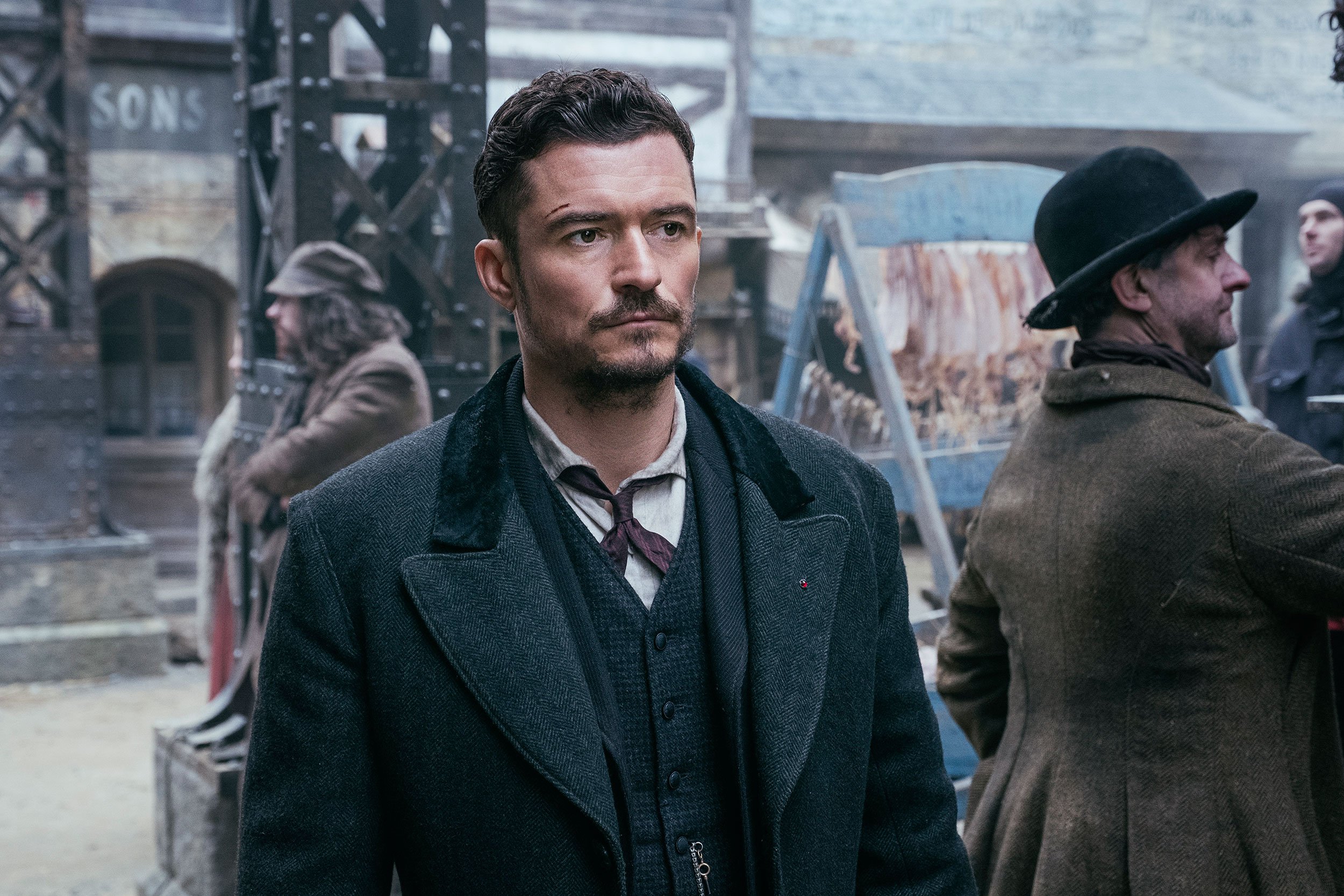 Among Carnival Row’s fantastic creatures is an especially monstrous one made of sewn-together bits of dead things: centaurs, humans, a sea animal, and so on. The beast, the exact nature of which is the subject of sustained buildup and disappointing payoff, proves a fitting avatar of Amazon’s fantasy series, a genre patchwork whose individual elements, though compelling in bursts, fail to coalesce into a coherent and satisfying whole.

Prior to the events of the series, the Pact and the Burgue, two human empires, waged a colonialist war to control Tirnanoc, the home of a winged, fairy-like race called the Fae. The Burgue falsely claimed to be fighting to protect the Fae, and following the Pact’s victory, refugees have fled to the Burgue’s capital city, where they’re oppressed and indentured. Now, a series of violent murders are being committed against the city’s non-humans, and while the tribalist all-human constabulary can’t be bothered to investigate them, detective Rycroft Philostrate (Orlando Bloom), or Philo, relentlessly pursues the cases.

Throughout its loosely connected storylines, Carnival Row fully and melodramatically commits to diverse genre traditions. Imogen Spurnrose (Tamzin Merchant), a vilely racist socialite, engages in a taboo romance with a non-human, and the series soaks her arc in a vat of wondrously cheesy monologues that embody the most exaggerated tendencies of period dramas. Philo’s sleuthing, while grim, is peppered with the delicious clichés of hard-boiled noir. At one point, the police chief tells Philo that he can’t save all of the non-humans in danger, and Philo slams his fists on the chief’s desk and roars, “Damn it, I can save one!”

The series, however, suffers from the fundamental tension between its over-the-top genre tropes and the gravity with which it handles its socio-political allegory. A group of kobolds—teeny, trollish bipeds—is “deported,” and the event is initially quite poignant. But the histrionics of Imogen, Philo, and others, as well as the show’s frequently shallow development of its characters, undermine that pathos. The series bewilderingly deems the hateful Imogen worthy of redemption solely on the grounds that she has sex with a non-human. Such context renders the deportation, and events like it, more glib than reflective.

Vignette Stonemoss (Cara Delevingne), a newly arrived Fae refugee and Philo’s former lover, grants the audience its most immediate view into the oppression of non-humans, primarily through her indentured servitude to Imogen and her domineering brother, Ezra (Andrew Gower). When working, Vignette is made to wear tight clothing that binds her wings. This restrains not only Vignette’s ability to fly, but also her sense of self. Unfortunately, the show’s writing similarly limits Delevingne, tying her performance down with overwrought dialogue that undercuts the emotional climaxes she’s routinely tasked with delivering.

Carnival Row prioritizes a certain kind of messiness: not the mess of feeling and thought, but that of the body. Over the course of Philo’s investigation, we get up-close looks at each murder victim’s mangled corpse, and these moments put the weaknesses of the show’s direction on full display. In addition to having the cadavers shoved in our faces, we’re repeatedly smacked in the head with testaments to the violence’s gruesomeness: At one point, a police officer vomits at a crime scene, and later, a child witnessing a killing urinates in his pants, the resulting puddle filling the frame. The emphasis on excretions, perhaps meant to contextualize the violence to viewers all but desensitized to butchery, feels lazy and unsubtle.

The show’s world-building feels haphazard rather than meticulous. We see, in a single episode, a few shots of a religious icon: a Christ-like figure, who’s hanged instead of crucified. Thereafter, dumbfounded characters exclaim “By the martyr!” at every opportunity—but who’s the martyr? When a radical religious group poised to play a key role in the second season reveals itself, it does so toward the very end of the season in cursory, tacked-on fashion. Maybe most egregious is the early promise of Lovecraftian horror that dissipates almost instantly. The antagonist’s brand of evil, it turns out, is too familiar to inspire cosmic horror.

Not an episode goes by that doesn’t make one wonder what Carnival Row could have been had it not bitten off far more than it can chew. There’s much to like here—mostly the kaleidoscopic genre-mixing—but not enough to overcome the show’s confused handling of the socio-political allegory at its core. Would that this beast were more thoughtfully stitched together.

Review: On Becoming a God in Central Florida Sees the Cult in Capitalism