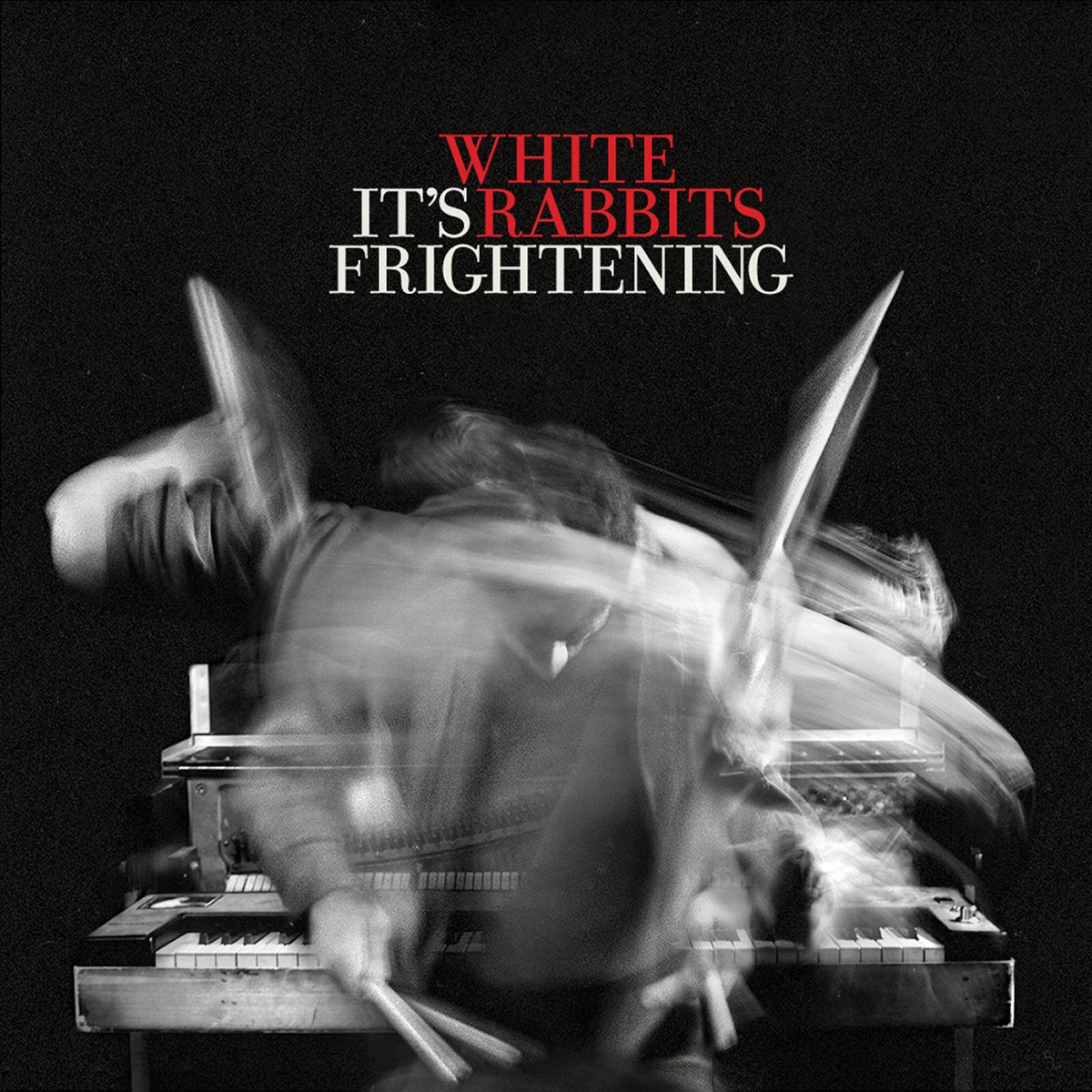 White Rabbits’s It’s Frightening is an album rife with eager paranoia, its mad creators fervently awaiting the moment when its fear, angst, and other assorted neuroses might bubble over into listeners’ unsuspecting ears. Said moments come soon and often, as opening track “Percussion Gun” takes little time to burst into a chorus of ghastly laughs and shattering drum blows. For critics and fans alike, it might be difficult to accept that such music makes up a large part of the sophomore effort White Rabbits, the New York sextet whose scrappy 2007 debut, Fort Nightly, owed more to the sunny ethno-rock of Vampire Weekend than, say, the gritty mania of Portland’s 31Knots. Still, the band remains undaunted in their newly-chosen somber scenery, abandoning the easy and unpolished indie sound that served as the foundation for Fort Nightly in favor of a more disparate minimalism that smacks of Radiohead’s In Rainbows.

The brooding turn is certainly not the most creative of musical decisions: Highly focused and single-minded, It’s Frightening rarely strays from a three-part formula of incessant lockstep percussion, half-muttered nasal phrases, and bleeding melodies. Pounding or clicking its way through every track, the album is essentially a rhythmic journey, interested more in gait than timbre. Likewise, the songs are mere patches of sound—composites of unfinished ideas and incomplete melodies with various accompaniments seemingly thrown in for no other reason than to break up the monotony. Defining piece “They Done Wrong/We Done Wrong” is held together not by bridges or key changes, but percussive interludes, the soft piano and guitar flutters meant to complement rather than control the snapping beat. Ditto the stammering, sputtering “Company I Keep,” whose cracks and shakes continually steal the spotlight from its wonderfully lazy acoustics. Even when White Rabbits attempts a respectful nod to the cheeky exhibition of Fort Nightly, as with “Midnight and I,” the result is ultimately a cadence-heavy venture, spiraling, whispering, and then flaming out with nary a memorable moment.

Still, somewhere beneath all the clicks, pops, and doomed imagery breathes a concept, though it’s probably not nearly as interesting as White Rabbits might have hoped. More often than not, It’s Frightening is caught on middling ground, at once striving to be unpretentious while still hoping to challenge listeners’ expectations. The album accomplishes neither, however, as the band’s aversion to let sound fall where it may produces little beyond impressions of gloppy heavy-handedness and obtuse haze. A much-needed injection of Fort Nightly’s fun and swanky sashay might have cleared the fog, but sadly, It’s Frightening never gets it.