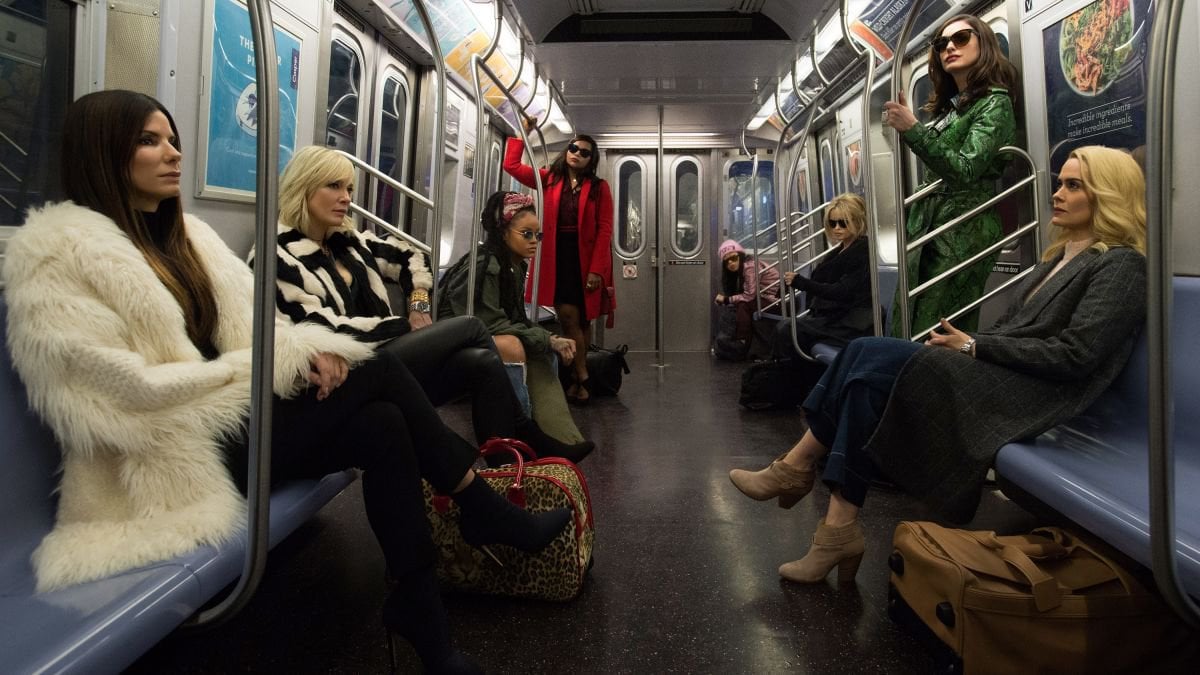 The new trailer for Ocean’s 8 reminds us, more than once, that committing a crime can be deliciously fun if you happen to be part of a crime syndicate composed entirely of women and that counts Sandra Bullock as its boss lady. In the film, Bullock stars as Debbie Ocean (Danny Ocean’s estranged sister, if you’re wondering), who, along with her motley crew of merry women (played by Cate Blanchett, Mindy Kaling, Sara Paulson, Awkwafina, Rihanna, and Helena Bonham Carter), plans a heist at the annual Met Gala. Among the reported cameos in the film: Anna Wintour, Alexander Wang, Kim Kardashian, Maria Sharapova, Zayn Malik, Kendall Jenner, Katie Holmes, Olivia Munn, Serena Williams, Kylie Jenner, and Zac Posen. Sadly, no Madonna, a staple of the Met Gala. Or Rebecca Romijn, star of Brian De Palma’s Femme Fatale, which opens with what may be the most incredibly directed heist in the history of the movies. Which is to say, Ocean’s 8 director Gary Ross has a lot to live up to. Notably, the trailer for the film sees Debbie Ocean and company riding the subway, perhaps to get to the Met Gala, suggesting that they will actually not get to the event in time to rob Anne Hathaway’s Princess Diaries jewels. If you don’t live in New York: Sorry for ruining the movie, but our subways are no good. Please send help.

See below for the film’s trailer: