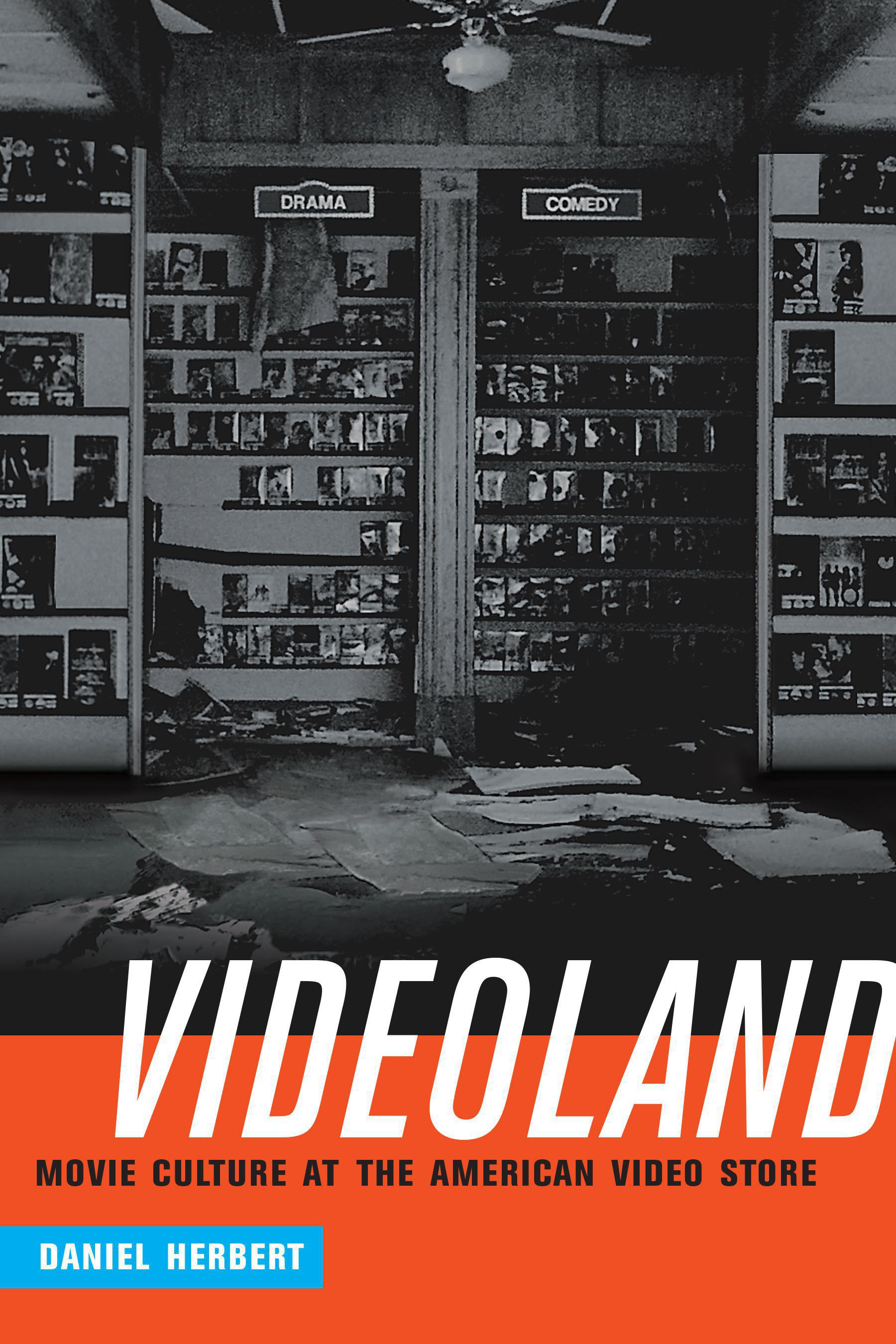 Part media studies, part cultural history, part ethnography, Daniel Herbert’s Videoland: Movie Culture at the American Video Store is an unusual and often unusually compelling study of the emergence and disappearance of American movie-rental stores. Unusual, because Herbert’s work is primarily derived from empirical research conducted at video stores across the country, as he observed locations and interviewed employees and customers for a deeper, almost phenomenological sense of the video store as lived experience, from both sides of the video counter.

Herbert’s writing also comes from personal experience, as he worked at Alphaville Video in Albuquerque from 1999 to 2002—information which he openly shares in the book’s introduction. His admission speaks directly to a nostalgia for a culture which has largely disappeared, almost as a means of legitimating himself within cinephilic culture. Working at a video store, for Herbert and several of those interviewed, constitutes something of a right of passage into a specific kind of cinematic education, perhaps one of saturation and immersion. Specifically, Herbert discusses how the employees at Scarecrow Video in Seattle, WA view their jobs as “like playing a game of trivia all day,” since they’re surrounded by like-minded cinephiles.

Of course, Scarecrow is an anomaly; with over 114,000 unique movie titles, Herbert deems it the “Video Mecca.” But Herbert’s sights aren’t simply set on urban cities—rather, he looks primarily to discuss a “geography of taste,” which helps to explain why certain titles are popular in certain regions. For example, several specialty stores in Michigan and Pennsylvania have a “Hunting/Fishing” section, while a Georgia store owner states that “things like King’s Speech [2010] and Black Swan [2010] don’t do well in [this town].” By shifting his scope to various regions of the country, Herbert attempts to explain media and culture as a continuous cycle of influence, where the presence of a video store simultaneously shapes taste and vice versa.

Herbert’s book serves a multitude of functions. Chapter one is a more straightforward history of the video store’s emergence as a cultural staple, tracing its history from the development of radio and television through the Blu-ray era. Although truncated as a comprehensive, medium-specific history, Herbert adeptly addresses economic and technological developments as contiguous with realigning cultural understandings of the movie-as-object, in general. That is, the ways in which films migrate from theaters to televisions to video stores to digital; the actual product itself takes shape in ways both tangible and intangible over these various epochs of film viewing.

Herbert’s strongest work comes via his explanation for the physical layout of various stores and how each utilizes the space in order to cater to a specific type of consumer. For instance, Movie Gallery and Blockbuster Video focused heavily on “new releases,” which often meant utilizing the outer-most walls as a means to encircle the entire store, leaving the genre-specific kiosks and shelves to be perused in the middle portions. In contrast to this, specialty stores often organize product in more idiosyncratic ways, either by country, director, or “Holy Fucking Shit!”—the latter specific to Cinefile Video in Los Angeles, which features titles like Gigli and Mad Dog Time.

While these geographies and explanations may seem like common knowledge for some, Herbert’s immediacy is well taken, since the actual spaces themselves are disappearing, both corporate and independent (San Francisco’s famous Le Video just began an Indiegogo campaign in an effort to stay afloat). Thus, the book’s coda rather eloquently offers various shots of abandoned stores, some with VHS and DVD covers still occupying the shelves, with no one to rent them. Herbert names his coda “the value of the tangible,” and these kinds of ghostly images carry significant intimations for the loss of something deeper than simply spaces within which to find and discuss films. Videoland is ultimately a moving tale of the ways in which cultural taste and sensibility often become sublimated to a self-effacing insistence upon corporate novelty and convenience. One might even call the book a work of dystopian academia, as the hollowed-out, abandoned store on the book jacket cover suggests a history without a future.

Daniel Herbert’s Videoland: Movie Culture at the American Video Store is available now from University of California Press; to purchase it, click here.

Review: James Naremore’s An Invention Without a Future: Essays on Cinema