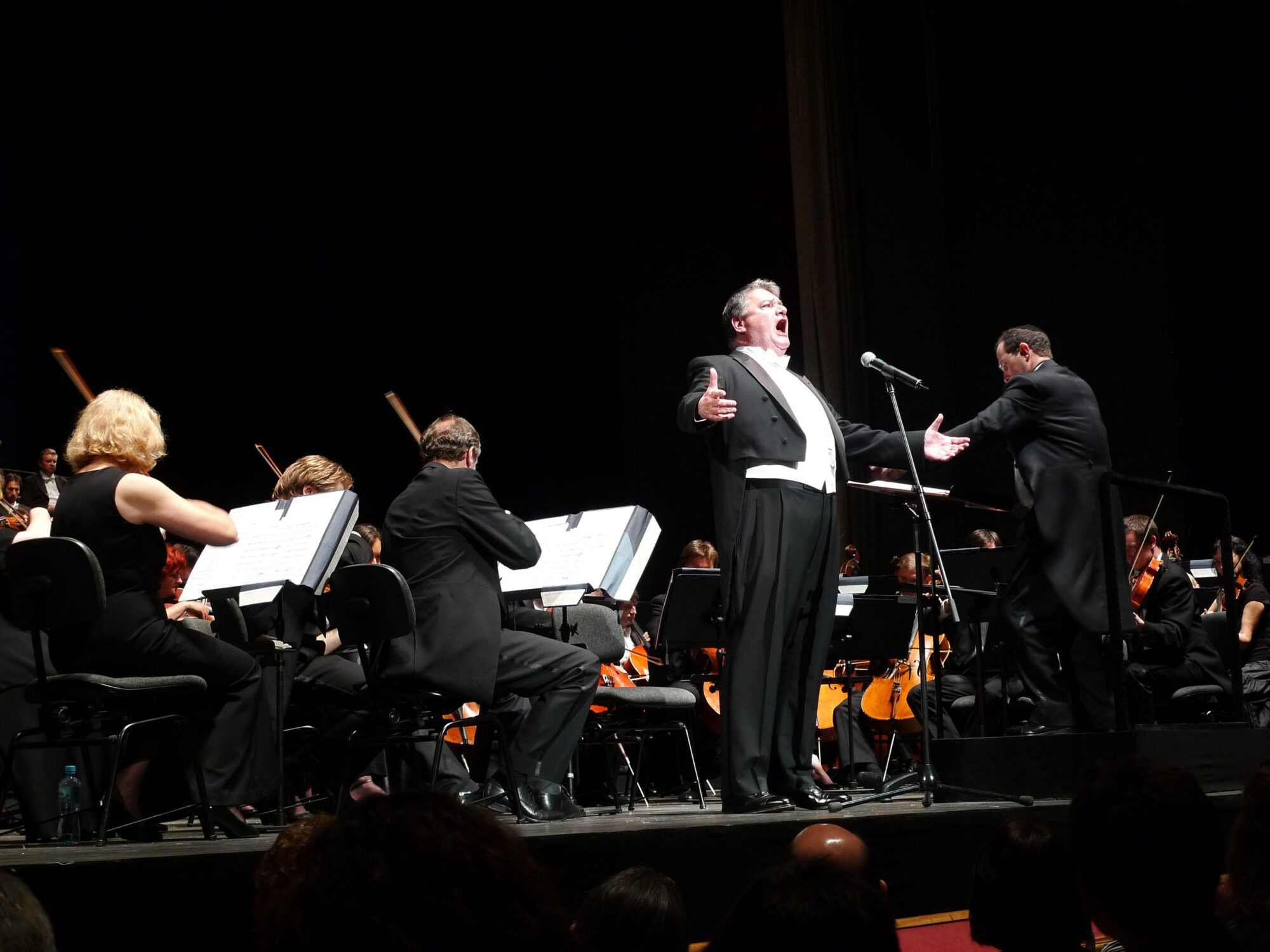 Due to Hitler’s now-iconic situating of death camps in Treblinka and especially Auschwitz, Poland has become somewhat perversely synonymous with the Holocaust. But as the concert film 100 Voices: A Journey Home observes, the Nazis’s regional concentration was out of necessity; in the years before WWII, the country held one of the largest Jewish communities in the world, to the point that Kraków continued to flourish as a Yiddish cultural mecca even post-ghettoization. And by following a performance tour of 100 famed cantors through Poland’s darkest corridors, 100 Voices both pays tribute to the talent destroyed (approximately 1,300 cantors died in death camps) and excavates a portrait of Jewish music during the 1910s and ‘20s—a time when chazanim record sales could rival that of Enrico Caruso.

Caruso makes an appropriate reference point in other ways as well, as the film’s opening moments briefly and helpfully categorize cantorial music as an operatic form (one historian affectionately states that from the chazzan there is “no sadness, only deep melancholy, and no gladness, only elation”); we find the harsh consonant-filled cadenzas that follow far easier to appreciate as religious appropriations of Wagnerian excess. From there directors Matthew Asner and Danny Gold cut a straight path through Poland’s blood-soaked landmarks, pausing at ghettos and camps to show snippets of the grandiose shows staged at each (full orchestra accompaniment is enjoyed at some venues) and periodic interviews with the singers. Given the sheer wealth of artists that speak, the testimonies largely prove fleeting and ephemeral, and linger in memory as statistics; for example, we learn that many come from a robust genealogy of cantors with links now missing to the Final Solution, and several grew up emulating pop stars rather than musicians from their local synagogue. But Asner and Gold provide enough variation throughout to suggest that the cantor’s passion need not always be solemn; both Jacob Mendelson and Alberto Mizrahi profess an inclination for jazz-influenced liturgy, and their illustration of this uptempo trend might the film’s most likable, and effective, moment of proselytization.

The movie doesn’t provide much more context for neophytes, however; the nebulous niceties of the tradition have to be gleaned from brief, soulful spurts and Yiddishly peripatetic autobiographies. And attempts to make the material seem less foreign throughout occasionally appear desperate, such as the anomalous abundance of screen time provided to songwriter Charles Fox’s conducting contributions to the events. But then, those ignorant of the Band’s early albums aren’t initiated with ease through The Last Waltz either; in both instances, what’s being documented is a cultural aura rather than a historical moment. And while 100 Voices lacks the behind-the-camera musicality and deference to concert flow of Scorsese’s tour de force, it’s no less potent as an auto-elegy.

New York Film Festival 2010: Cameraman: The Life and Work of Jack Cardiff and A Matter of Life and Death