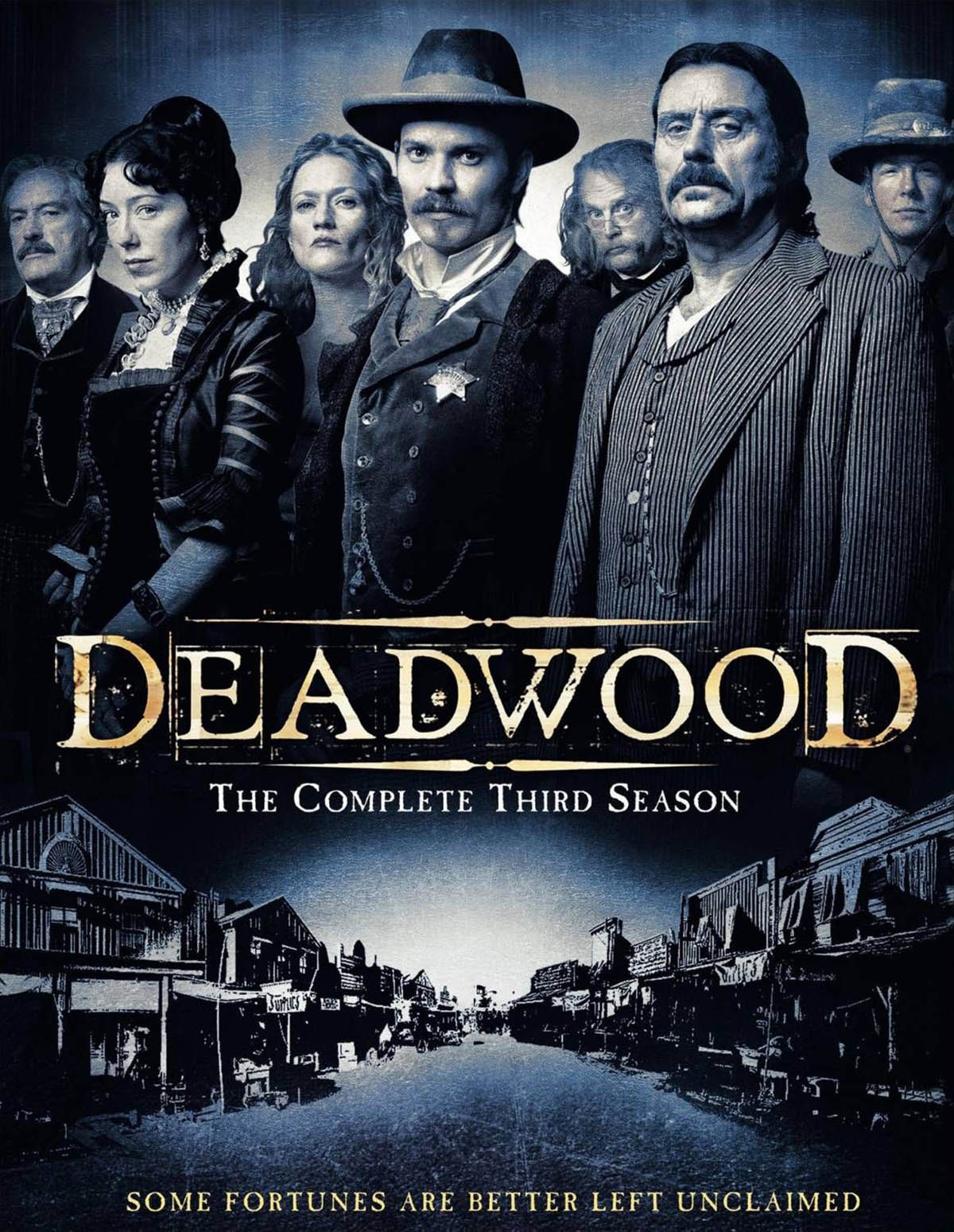 If one experiences a slightly hollow feeling upon the completion of Deadwood’s stellar third season, it’s due, in part, to the fact that it wasn’t meant to end this way. Much ink has already been spilled about the premature cancellation of David Milch’s great television serial, and the facts of the matter vary according to who’s telling the tale. Read between the lines of the season’s narrative, however, and it’s clear that something ominous was in the air. Mining magnate George Hearst (Gerald McRaney)—whom Milch insightfully compares, in his commentary track for the 12th episode, to Rupert Murdoch—effectively brings the town to its knees, first flaunting his power over his primarily Cornish workmen, then rigging the countywide elections to his own preferences, and finally demanding of Deadwood’s unspoken sovereign, Al Swearengen (Ian McShane), a cruelly satiating blood sacrifice.

Hearst tasks Swearengen with the murder of the latter’s former prostitute lover Trixie (Paula Malcomson), who makes an attempt on Hearst’s life in the season’s devastating 11th episode, “The Catbird Seat.” But in one of the series’s more controversial decisions, Swearengen kills another of his whores, Jen (Jennifer Lutheran), in Trixie’s stead. His belief is that Hearst (this thickly-bearded mock-Olympian) was too distracted to notice Trixie’s face, thus any blond whore will do, but he tellingly approaches the task with a businessman’s trickle-down perspective. He orders his subordinate Johnny Burns (Sean Bridgers), who is sweet on Jen, to do the deed. But Johnny refuses, so Swearengen incapacitates him—via his second-in-command Dan Dority (W. Earl Brown)—and then kills Jen himself. This marks the first time that Swearengen entirely engages with Hearst on his own level—by way of soulless, selfish subterfuge—and he damns the town as a result.

The final shot of the season, and potentially the series, has Swearengen on his knees, scrubbing Jen’s bloodstain off his office floor (a clear contrast to the two previous season finales, which saw Swearengen atop his own catbird seats, chest swelled with absolute power). It’s a charged image to be sure, and perfect as a capper for the season by itself. Yet it likewise emanates a distressing sense that there is still more to come, that the story has been interrupted in media res. Weaved throughout the third season is the portent of fire: Hearst states that he wants to bring Deadwood down like Gomorrah; Al and his confidante Jack Langrishe (Brian Cox) discuss whether it would be best for the rapidly developing town to be razed by flames; and bartender and future sheriff Harry Manning (Brent Sexton) lobbies for, and eventually obtains, a town fire engine. No doubt Milch’s fictional narrative was building toward an actual historical event: the 1879 fire that reduced Deadwood to ashes. It would have made for a perfect complement to Swearengen’s final dealings with Hearst (the devil always comes around to collect), but we are given enough, over three seasons and 36 episodes, to stoke our imaginations about what might have been (and, perhaps, what might still be). If this is Deadwood’s truncated legacy, so be it. The only thing that Swearengen’s defeatist final gesture definitively proves is that saying goodbye is hard to do.

All 12 episodes of Deadwood’s third season are presented, as per their original broadcast, in anamorphically enhanced 1.78:1 transfers. An excellent visual and aural presentation overall; the only glaring flaw is that Swearengen’s striped shirt occasions some distracting shimmers.

The gem of the set is Jim Beaver, Sean Bridgers, and W. Earl Brown’s commentary track for “A Two-Headed Beast,” wherein the speakers name-check both William Faulkner and Red Dawn in the span of a minute. Also included are three additional commentary tracks (featuring cast and crew), two documentaries (one historical; one on the development of the Swearengen/Bullock relationship), and a photo gallery of 19th-century Deadwood daguerreotypes.

The final season of a television masterpiece. Bring on those movies, HBO!