In its brief run on AMC, The Walking Dead has already seen its share of shocking violence, but the most surprising bloodletting happened between seasons, when executive producer Frank Darabont parted ways with the series under mysterious circumstances. Anyone worried that Darabont’s absence would result in wholesale changes to the show can rest easy though: At least for the first two episodes, this is very much the same Walking Dead we’ve come to love—and sometimes loathe.

Picking up exactly where the first season left off, the premiere, “What Lies Ahead,” finds Rick Grimes (Andrew Lincoln) and his band of zombie-apocalypse survivors making their escape from Atlanta, where the Center for Disease Control has just gone kablooie. The plan is to head for Fort Benning, but when Dale Horvath’s (Jeffrey DeMunn) RV breaks down on the highway, the group is stuck again before they even get going, which feels like a bit of holding action, a way of reacquainting us with the players before the next major narrative arc is put into motion. It’s probably a necessary step, particularly for viewers who haven’t re-watched the first season since it aired last year, because the supporting characters are anything but memorable.

The central triangle is serviceable enough: Lincoln is a steady, if slightly dull, presence as square-jawed ex-lawman Rick; Sarah Wayne Callies is convincingly tough as his wife, Lori; and Jon Bernthal straddles the line between roguish and dangerous as the lovelorn Shane. The rest of the survivors aren’t nearly as sharply drawn as, say, the supporting players on Lost were after only a few episodes, though Laurie Holden has some strong moments early in the season as the bitter Andrea, still grieving the loss of her sister. It’s a problem for a series focused on the survival of a core group of characters we’re supposed to care about; when they get to squabbling and bickering over what course of action to take next, it somehow doesn’t seem so terrible that most of the human race has been wiped out. Granted, their situation is grim and getting worse, but a little humor now and again wouldn’t be such a bad thing.

If the characters are a bit weak, The Walking Dead still has a compelling scenario going for it. Having departed from the Robert Kirkman comic books for last season’s excursion to the CDC, the series returns to its source material near the end of “What Lies Ahead,” when one of the main characters is critically wounded. That sets up the introduction of another set of survivors plucked from the pages of the comics, including Otis (Pruitt Taylor Vince), a farmhand with an itchy trigger finger, and Hershel (Scott Wilson), devout patriarch of the Greene family. It remains to be seen how closely the second season will follow Kirkman’s Greene storyline, but the aptly named second episode, “Bloodletting,” suggests we’re in for an extended stay at the farm.

And yes, that episode title is a hint that the show’s signature visual component, gruesome man-on-zombie violence, hasn’t been toned down. If anything, the first few hours of the season are even more drenched with viscera and braaaains: Hatchets, machetes, arrows, and screwdrivers all plunge into undead heads with sickening thuds, and there’s an especially squirm-worthy sequence in which our heroes are forced to slice open a walker’s stomach and dig through its innards just to make sure it hasn’t digested something it shouldn’t have. If new showrunner Glen Mazzara and company would only lavish as much care on their characterizations as they do on their gore effects, The Walking Dead might finally graduate from a promising comic-book adaptation to a series worthy of sharing a timeslot with Mad Men and Breaking Bad. 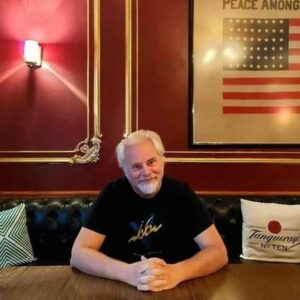 Scott Von Doviak's writing career includes three books, a stint as a film critic for the Fort Worth Star-Telegram, and a TV reviewer for The Onion's AV Club.