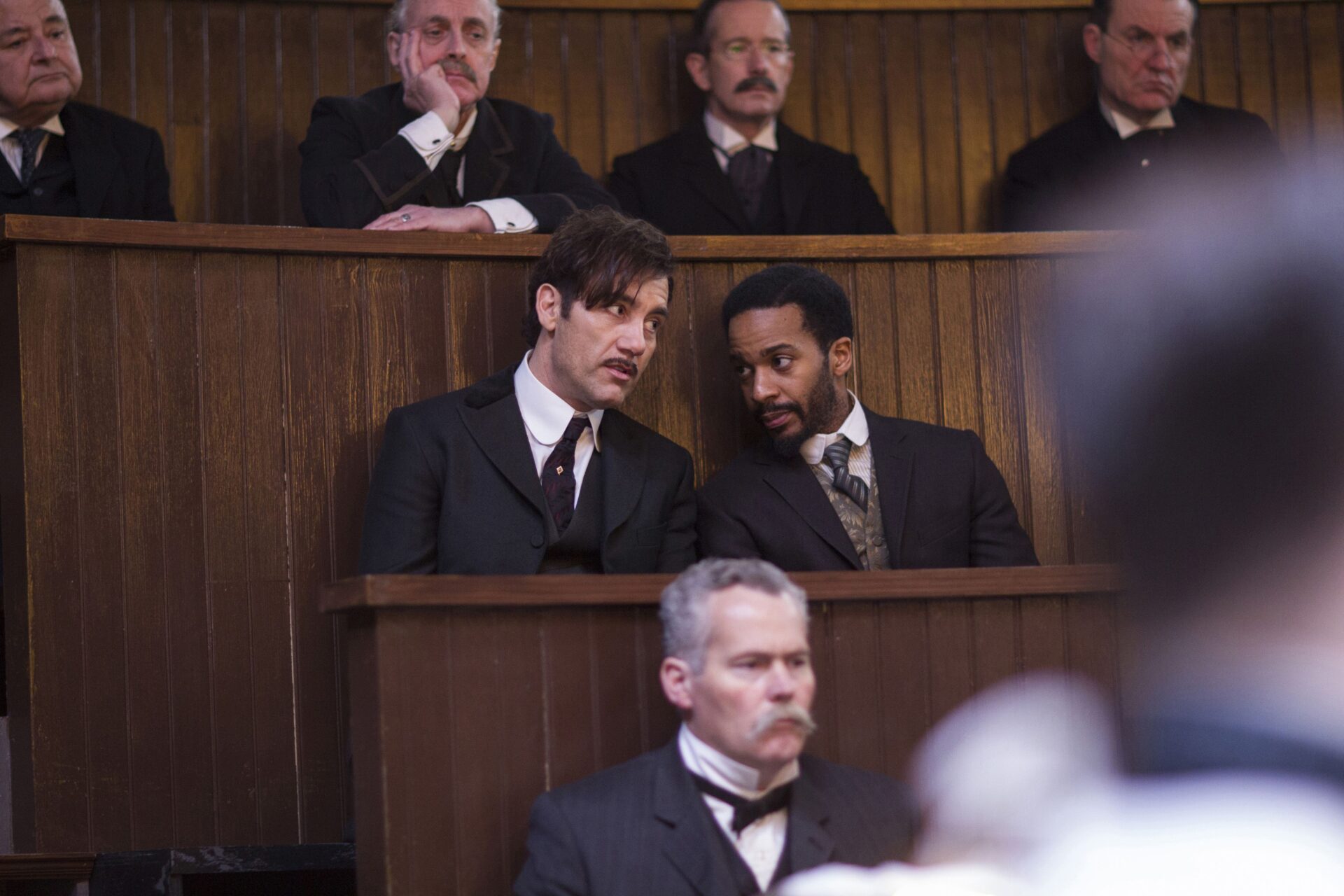 The Knick proves that a filmmaker can take refuge in the roomy, plot-centric realm of television without losing the strengths they bring from their first medium. Steven Soderbergh, who directed all of the first season’s 10 episodes, frequently imparted more information about the characters and the milieu in a succinct, un-showy tracking shot than a routine drama can fit into an hour’s running time. The plot, a collection of soap operas set within a crumbling New York City hospital at the dawn of the 20th century, mattered only as containment; it was the canvas on which Soderbergh rendered his virtuosic brush strokes. The director’s true achievement was to create a historical past that was bracingly alive and rife with inscrutably tactile energies that transcended the deadening, sanitized platitudes with which classroom textbooks insidiously traffic. Bowen

The radical fourth season of Louie ends with an overflowing tub, one that’s simply too small to contain Louie C.K.’s ample frame after Pamela (Pamela Adlon) asks him to share a bath with her. This, of course, is after C.K. has romanced a Hungarian immigrant throughout the six-part “Elevator” storyline, received a brisk class in humility via a Comedy Cellar waitress (Sarah Baker) in “So Did the Fat Lady…,” and was struck by some sage advice by way of a pickled dentist, played by Charles Grodin, one of C.K.’s comedic forefathers. These wondrous interactions, along with a trip back to our hero’s pot-steeped teen years, brought out a newfound, unforced sophistication in the series that was previously felt only in fits and spurts, but didn’t stem the tide of absurdist jokes, surrealism, and philosophical musings, spilling out uncontrollably over the lid of C.K.’s id into the streets of New York. Cabin

There were missteps in the second half of Hannibal’s sophomore season—uncertainties that indicated the sort of growing pains associated with gradually expanding a show’s world for a long, epic haul. Like the title character, creator Bryan Fuller was clearly setting his chess pieces up for a grand gesture that proved to be pivotally successful in raising the stakes of every development that preceded it. The finale, which portrayed Hannibal’s (Mads Mikkelsen) “coming out” party to the world, his fully open, active emergence as a metaphorical monster of Sherlockian omnipotence, was as beautiful, terrifying, and moving as it had to be in order to restore the series to its prior level of confident emotional majesty. Fuller and his crew continue to somehow honor the purplish killer-as-superhero grotesqueries of the Thomas Harris source novels while elevating the material to the level of operatic pop art. Bowen

In which Don Draper (Jon Hamm) confronts the computer, and the meltdown of SC&P seems to really settle in. To make matters worse, the disintegration of Don’s marriage to Megan (Jessica Paré) seemed to prod at Don’s fractured identity, one he might never resolve. In the first half of its final season, Mad Men continued to avoid allowing the tremendous buoyancy and detail of its aesthetic to override the depth of philosophical and societal struggle that underline each interaction between Matthew Weiner’s company of lost souls. All the pent-up frustration and panic seems to spill over in “The Runaways,” with Ginsberg (Ben Feldman) getting carried off to an uncertain fate, but the series touches the sublime with “Waterloo,” providing a graceful, inspired epitaph to one of Mad Men’s core figures, one followed directly by an echoing silence that speaks to the inevitable, uncertain end of one of television’s undeniable high-water marks. Cabin

At the center of FX’s brilliant spy drama lies alarming issues of identity and allegiance, complex matters for Elizabeth and Phil Jennings, played with stunning, mercurial dramatic nuance by Matthew Rhys and Keri Russell. In the wake of the butchering of a fellow family of spies, the Jennings found themselves at odds with Lee Tergesen’s Larrick, a crafty, expertly trained American cutthroat, but the real danger came from inside the home, in the expectation that spying was a family business. The writers weaved a defiantly intricate network of national loyalties, emotional entanglements, professional betrayals, personal attacks, and psychological manipulations, all while staggeringly attuned to the styles, vernacular, pop culture, and mood of the time. The Jennings, along with Agent Beeman (Noah Emmerich) and Nina Sergeevna (Annett Mahendru), are at war with their invented selves, and The Americans similarly pits the global politics of the era against intimate matters of marriage, sex, parenting, education, religion, and death. The result is a distinctly intelligent work of spy fiction written with a backbone of expert detail, an account of geopolitical panic and the braiding of identity and nationality as diseases that may not travel in the blood, but are often administered by those closest to you. Cabin