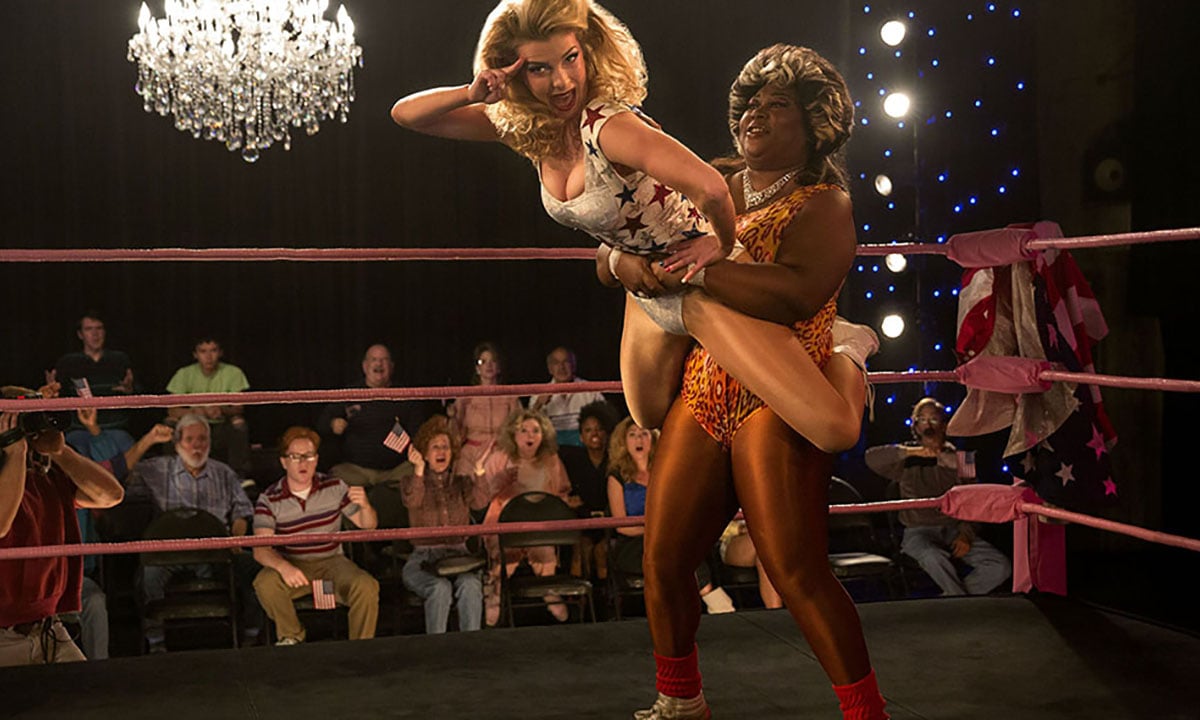 In Liz Flahive and Carly Mensch’s exhilaratingly bawdy and empathetic GLOW, frustrated actresses are liberated by reveling in male fantasies of whores and housewives, as the series concerns the unresolvable irony of finding freedom by assuming control of one’s own means of social reduction. Set in the 1980s, GLOW follows the formation of the Gorgeous Ladies of Wrestling, which embraces wrestling’s propensity for racial and sexual stereotypes. Ruth “Zoya the Destroya” Wilder (Alison Brie) anchors the series, with her moving desperation to confirm her talent as an actor, but the breakout characters are Debbie “Liberty Belle” Eagan (Betty Gilpin), a former soap opera star who realizes that wrestling is just a soap for men, and Sam Sylvia (Marc Maron), a has-been B-movie director who coaches the ladies through their transformations, merging his fantasies with their own. GLOW’s poignancy stems from how Sylvia casually comes to see that he, an alcoholic womanizer on the fringes of the entertainment industry, shares something vital with his objectified performers: a yearning for scrappy grace, and a hustler’s understanding of sensationalism as the manna of American life. Bowen 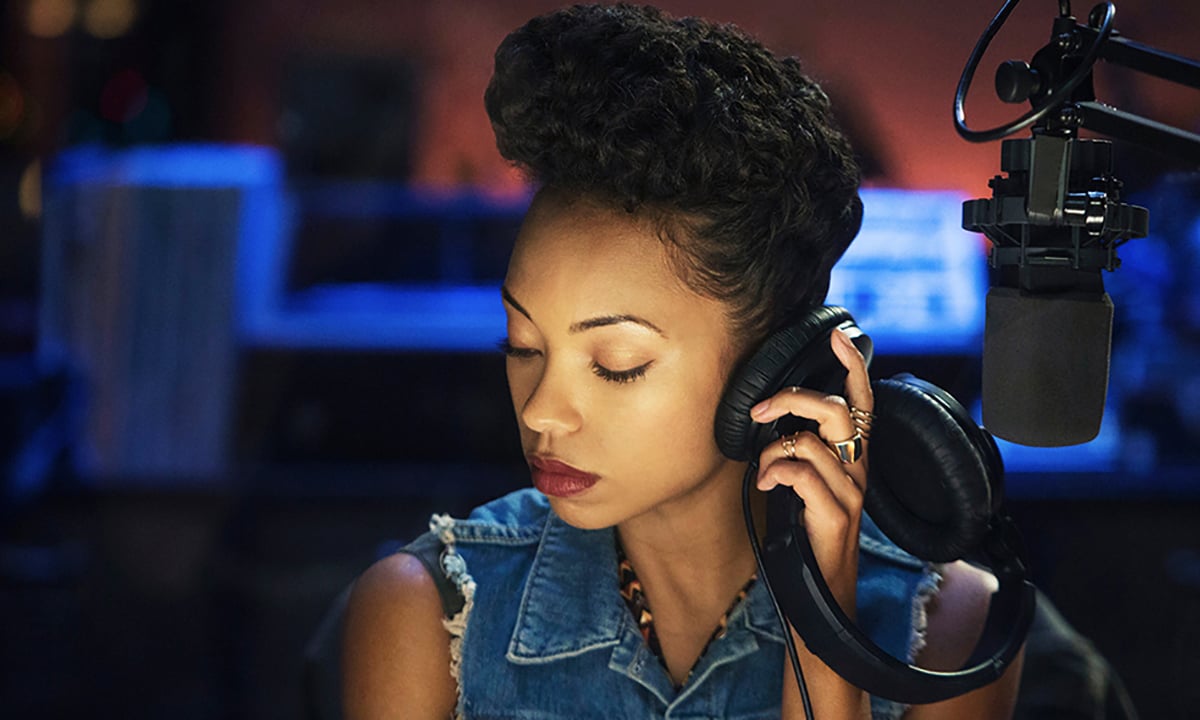 The knowingly didactic title of Dear White People is a little misleading. While the show does occasionally address its incisive racial critiques directly to the viewer, the intoxicating quality of Justin Simien’s series comes from a sense of overarching relatability. As with the film that inspired it, Dear White People follows a sprawling cast of college students, united by skin color but individually shaped by distinct experiences. While the series is about the myriad ways they respond to their overwhelmingly white surroundings, its characterizations are complicated by matters that sometimes don’t have to do with race. Rapid-fire humor and energetic direction draw us close to the characters, who begin the series raging against oppression in distinctly academic, hypothetical fashion. By the time student agitations and complaints are proven justified, by the overeager armed campus police who storm into a party late in the first season, the show’s easy rhythm has lulled us enough so that we’re sufficiently shattered by the fallout of the moment. Dear White People shows us passionate individuals crafting their own identities, without ever letting us forget that to do so they are wresting that power from the people who’ve historically done it for them. Haigis 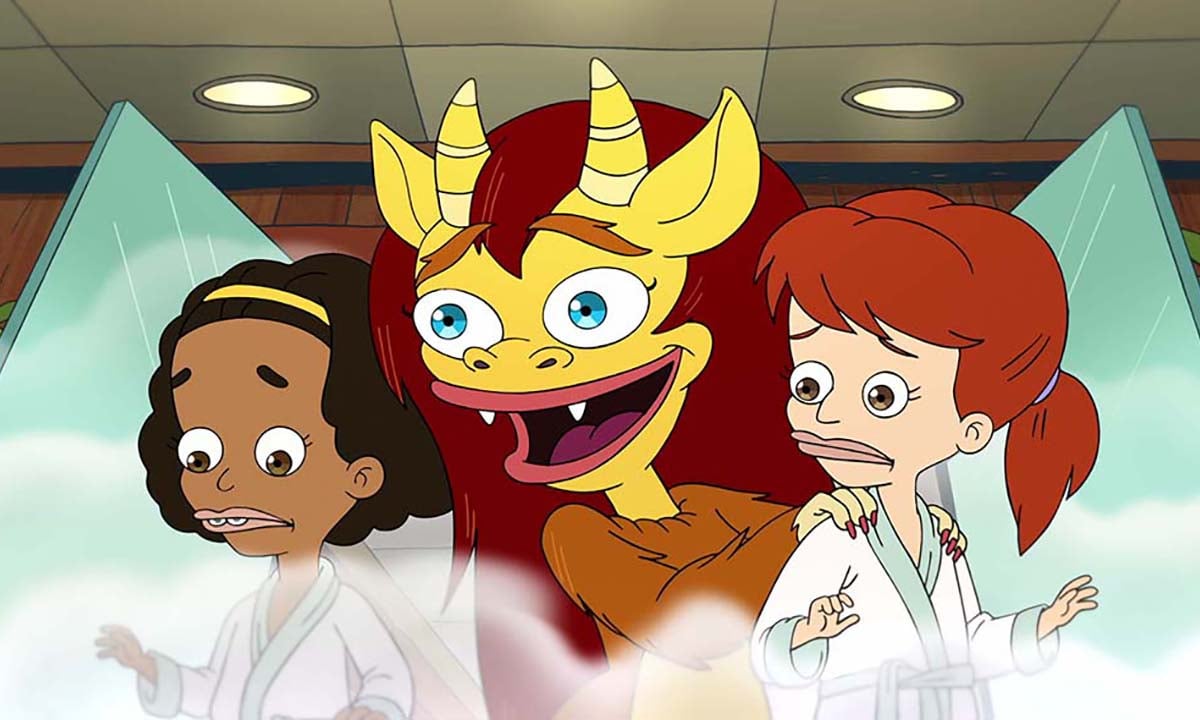 It feels reductive to call Big Mouth a public service, because no one thinks of public services as being thoughtful, funny, or full of illustrated penises. But the Netflix cartoon’s brazen approach to sexuality is as hilarious as it is heartfelt, a plea to normalize the behavior and bodily functions that society has taught us to hide in shame. To do it for the kids, because the kids of Big Mouth sure could use a more understanding world to grow up in. Puberty for them may have a distinct surplus of hairy monsters and horny ghosts, but their confusion and anxiety rings as unfortunately true as any teen drama ever has. If the first season introduced all the apparitions that symbolized the kids’ new urges and thought processes, the second tasks them with something even more difficult: adjusting to the fact that those things are all here to stay. Even the new addition of the seemingly malevolent dildo connoisseur the Shame Wizard isn’t here to be defeated so much as eventually accommodated. While lives and relationships change, season two of Big Mouth demonstrates how we all learn to survive with those wizards, ghosts, and monsters whispering in our ears. Scaife 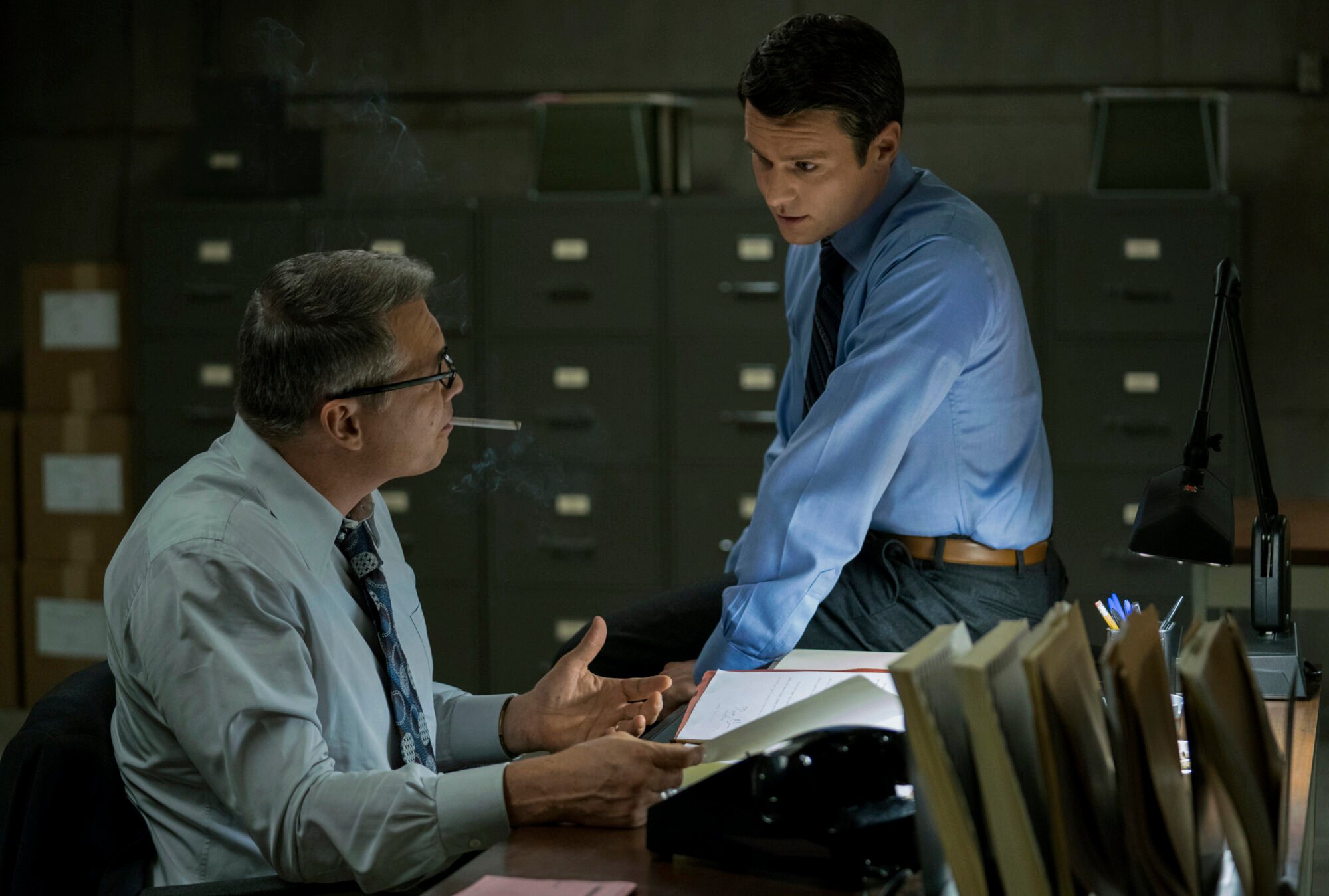 Netflix’s Mindhunter offers a fictionalized portrait of the birth of criminal psychology and profiling. The year is 1977, the term “serial killer” hasn’t been coined yet, and the word “stressor” must be explained to a district attorney. The cast informs executive producer David Fincher and creator Joe Penhall’s sociological schematic with a human element that’s unusual for a crime procedural. Old-school F.B.I. agent Bill Tench (Holt McCallany) grows to be the show’s conscience, which allows Mindhunter to critique the racism and classism of the F.B.I. without glibly ridiculing the organization, as McCallany elegantly dramatizes the pain of sensing that one’s understanding of a way of life is on its way out. Meanwhile, Tench’s new partner, Holden Ford (Jonathan Groff), revolutionizes our understanding of mass murderers at the potential expense of his own capacity for intimacy. The series merges Fincher’s visuals with theatrically literate dialogue, illustrating language’s terrifying control over our fragile grasp of reality. Bowen 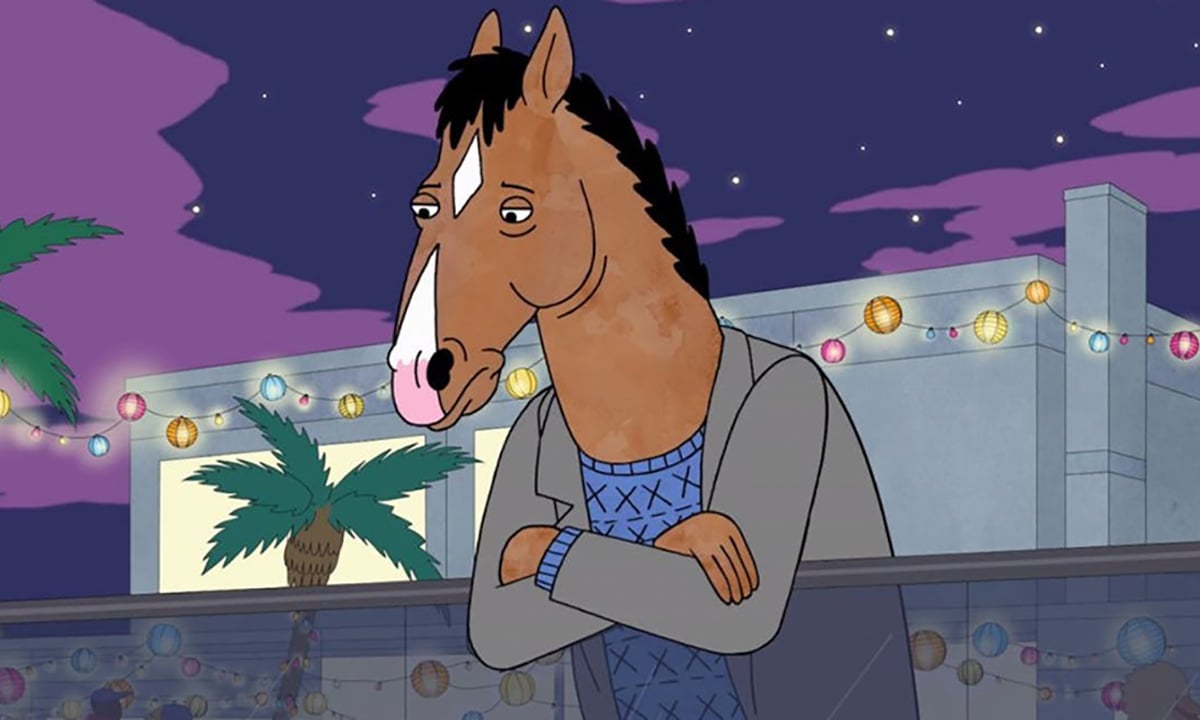 Removing envy and titillation from the equation of a Hollywood story, BoJack Horseman homes in on the dwindling of long-term concentration and corresponding expansion of faux self-awareness that’s come to define social media-enabled life in the 21st century. The series isn’t exactly a parody of celebrity culture, but rather of the distractions that feed on our narcissism, encouraging everyone to fancy themselves celebrities at the escalating expense of morality and even common courtesy. It exudes a tough-love sense of humanity that recalls the later comedy of George Carlin. Like Carlin, the series doesn’t take accepted wisdom for granted. All platitudes are fair game for lambasting, including the liberal clichés that are used as a mode of practicing an insidiously fashionable elitism that begets yet another form of social distance. BoJack Horseman is simultaneously melancholic, angry, goofy, playful, and often uproariously funny in a distinctively ineffable what-the-fuck fashion. Bowen